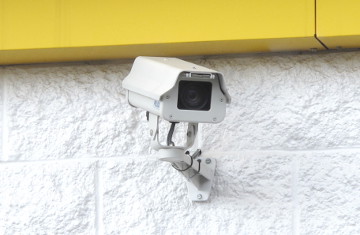 OMAHA, Neb. — Russell Speeder Car Wash was broken into by three burglars while the business was closed Wednesday night. The criminals attempted to steal an ATM from the carwash, according to station KETV.

Surveillance footage at the carwash caught one of the robbers on camera close to 3 a.m. smashing the front door.

The criminals wrapped the ATM machine with a chain, and attempted to haul it with an SUV, but the chain broke.

A supervisor at the carwash, Stephen Hudson said, “I hate the damage and what not, but at the same time, I’m glad they’re stupid.”

Police said the burglars got away in a silver SUV. There was damage done to the wash, and the ATM will need to be replaced.