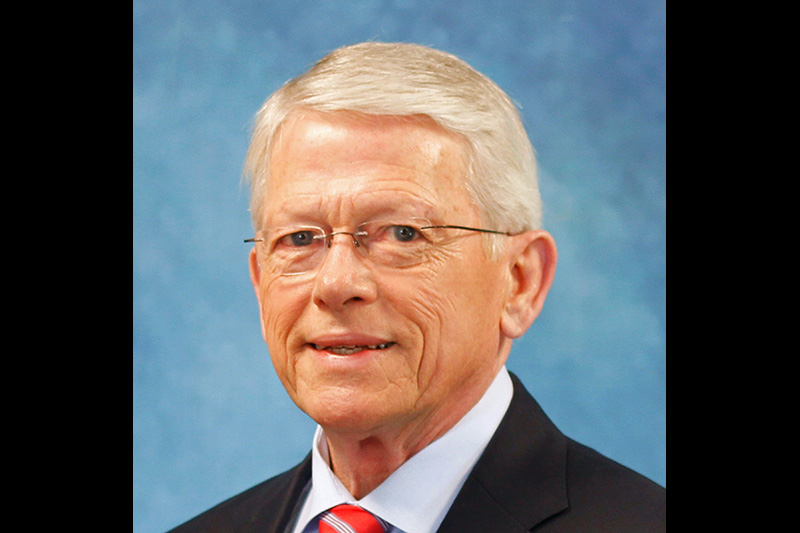 CHARLOTTE, N.C. — Chuck Howard was recognized for his many contributions to the region.

CHARLOTTE, N.C. — Chuck Howard, the Autobell Car Wash CEO who helped his father, Autobell Founder Charlie Howard, establish and grow the business that is now the fourth largest carwash company in the U.S., was named an icon in the Charlotte region by The Mecklenburg Times newspaper, according to a press release.

Howard, who began working at Autobell alongside his father while still a college student and took the helm when Charlie passed away in 1986, was recognized for outstanding contributions to the region in both career accomplishments and community involvement, the release continued.

Launched in Charlotte in 1969, Autobell now has 80-plus locations in five states and employs more than 3,000 full- and part-time team members, the release noted.

Howard’s three children, including Autobell COO Carl Howard, as well as two grandchildren now work for the company, which remains privately held by the family, the release added.

According to The Mecklenburg Times, “Chuck Howard parlays his love of nature and the environment into the core value of his family business, Autobell, a carwash chain known for its water conservation procedures and commitment to environmental protection.”

Under Howard’s watch, Autobell has received numerous recognitions from utilities, government and the media for the company’s environmental leadership, community relations, employee scholarships and fundraising program, the release noted.

According to the release, these accolades include the North Carolina Wildlife Federation Business Conservationist of the Year, Charlotte Observer Guardian of the Environment; North Carolina Family Business of the Year by the Wake Forest University Center for Private Business and Business North Carolina Magazine, SmartCEO Corporate Culture Award and Outstanding Philanthropic Organization by the Association of Fundraising Professionals’ Charlotte Chapter.

Howard is also CEO of Howco Inc., a distributor of carwash equipment and supplies and a consultant to the carwash industry in the Southeast and Mid-Atlantic, the release added.

Also founded by Charlie Howard and headquartered in Charlotte, Howco and its sales team and crew have assisted in the development of hundreds of carwashes and continue to serve the needs and expansion of the industry, the release concluded.