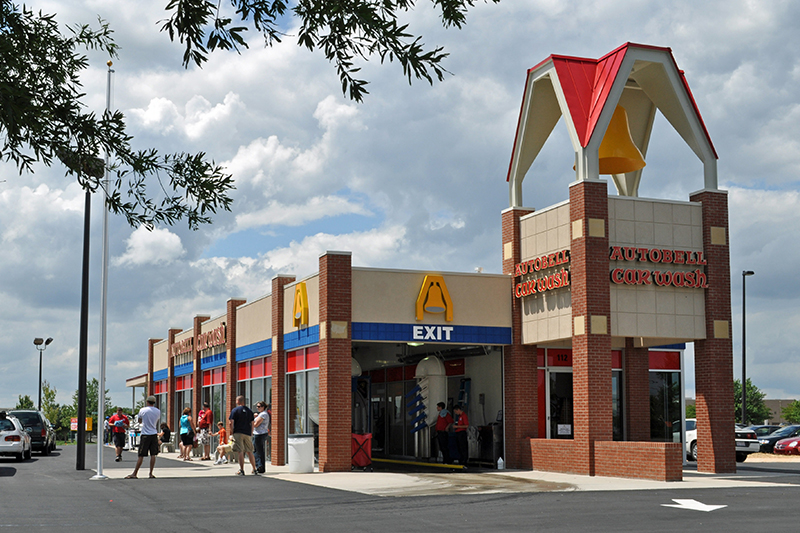 For 50 years, the sounds of success have pealed from this business.

Fifty years ago, professional carwashing looked very different. The industry was still in the early stages of automation, and many extra service applications as well as drying were done by hand. Since then, carwashes have changed on every level, from equipment and computer technology to chemicals and even the vehicles themselves. Like all businesses, carwashes have had to acclimate over the years.

However, according to Chuck Howard, CEO of Autobell® Car Wash, carwashes have not only had to adapt to technological advancements — they’ve had to change, accordingly, how they market and relate to customers and employees. In addition, the way that these groups respond to carwashes today also differs from the past. “I … think professional carwashing has become more of a priority, due to the value of people’s time,” Howard states.

As for Autobell’s priority, that’s simple: become customers’ brand of choice. With 83 carwashes spread across the Carolinas, Virginia, Georgia and Maryland, it’s obvious that this company has resonated with carwash-goers. But, Autobell’s success hasn’t only come from adapting — it’s come from innovating and committing to high standards as well.

Ringing in a new business

Loving cars kind of comes with the territory when you’re a carwasher. Of course, it’s that very love for cars that can get people into the business in the first place.

In an era when automobiles boasted iconic chrome trims, racing stripes and vinyl tops, many men became automobile enthusiasts, and Howard’s father, Charles “Charlie” Howard Sr., was no exception. His love for cars translated into a love for the burgeoning automated processes that kept these masterpieces gleaming. So it was then in the 1960s that Charlie came to be a distributor for California Car Wash Equipment. However, he had no way to show the equipment to local prospects in North Carolina, so to combat this challenge, he decided to build a carwash as a demonstration site for it. Thus, Charlie opened the first Autobell Car Wash in May 1969 in Charlotte, North Carolina.

At that time, Howard was a sophomore at Wingate College, so during those first years, he helped his father part-time with the construction process of the first stores and the washing of the cars themselves. It wasn’t until Howard transferred to and graduated from the University of North Carolina Charlotte in 1971 that he joined the business full-time.

“Charlie was an engineer by experience and an electrical contractor by trade,” Howard explains. “With his knowledge of construction, we self-performed many of the construction tasks, such as the electrical work and the process plumbing. The first three locations were built in this manner.” Their fourth and fifth locations were remodels, and the sixth location, which was built in 1978, was the first one where the Howards used an outside contractor. However, they continued to install the carwash equipment with their sister company, Howco Inc.

This mechanical know-how, coupled with his gung-ho attitude, helped Charlie give rise to some innovative solutions at the time.

Howard recalls, “When we started, there was no good way to automatically apply online services like waxes or underbody wash, so my dad, who was skilled with electrical controls, built an electro-mechanical controller that could apply extra services to a selected vehicle with the push of a button at the entrance. We used these controllers in our first few washes until solid state devices found their way into the carwash industry in the 1970s.”

After his father passed away in 1986, Howard stepped into the role as president and CEO of Autobell. Since then, he has also followed his father’s footsteps in other leadership roles within the industry, such as being a board member of the International Carwash Association (ICA) and the Southeastern Car Wash Association, as well as being inducted into the ICA’s Car Wash Hall of Fame.

All the bells and whistles

Like any successful carwash, Autobell’s goal is to create a positive customer experience every time so that customers want to come back. In fact, Howard says, “Autobell aspires to be the customer’s brand of choice, just like such entities as Pepsi, Nike, Apple and McDonald’s aspire to be their customers’ brand of choice. Our mission is crystal clear: to save customers time while providing them an exceptionally clean car.”

Autobell creates this unique brand experience by investing in ongoing marketing and training initiatives that familiarize customers with the company’s locations, process and service. That signature service, of course, stems from the employees, whom Howard says are the “secret sauce” to Autobell’s success.

“The best locations, facilities and equipment cannot compensate if you don’t have the right folks in place,” he asserts.

Autobell puts tremendous effort and takes great pride in its recruiting, training, advancement and retention practices. For example, numerous Autobell employees, ranging in age from their 30s to 60s, started with the company as soon as they earned their driver’s licenses at 16 and are still with the company today, Howard says.

Once employees have been successfully recruited, Autobell aims to retain them. Two of the methods Autobell uses in its retention practices are promoting store managers from within and having a scholarship program in place to encourage and assist employees with continuing education.

“We think of our 3,000-plus employees as family, as they are our most cherished and important asset,” Howard explains.

As for how these employees push the company to such great heights of success, that lies in the training. One aspect of Autobell employee training involves teaching them to never say “no” to customers. Employees always find ways to accommodate and engage with every customer to ensure a positive experience. “We fully realize our customers have a choice of carwash. We strive daily to make sure their decision is an easy and consistent one: Autobell,” Howard proclaims.

Given the size of the company and its workforce, one might imagine there could be difficulties in implementing  its employment practices across the board. However, Howard says that, although there can be some challenges, Autobell’s recruiters stick to the company’s strict standards and policies, ensuring a status of excellence at each location.

In fact, Howard says, the major challenge of being so large doesn’t come from managing employees — rather, it comes from expanding in various locations.

“One of our most significant challenges [of being this size] is finding suitable new locations as well as working within the various restrictions and permitting processes that we encounter,” Howard notes.

Finding the right site is always an integral, though tricky, part of starting a carwash. However, Autobell has risen to that challenge on many occasions. For instance, the company has developed sites on triangular lots, which, though unconventional for carwashes, can prove beneficial if modeled correctly. It’s also converted several different types of buildings, such as a dollar store, a bank and a car dealership, into carwash locations.

Of course, there are also multiple benefits that come with being such a large company. “With respect to expansion, we have never closed a carwash; we offer corporate guarantee for a land lease; and our reputation for being a solidly successful, environmentally conscientious business and a fine community citizen for five decades plays nicely when landlords or real estate brokers perform their due diligence,” Howard notes.

Saved by the ‘bell

As mentioned earlier, Autobell is proud to be known as an eco-friendly company, and it takes a proactive approach in cultivating environmental awareness.

“Autobell has engaged in sustainable practices and environmental protection since our inception,” Howard asserts. “This is a huge, longtime commitment for us, and we put tremendous resources behind it. Recycling, water management, and using only biodegradable soaps and solutions are among our top priorities. Our environmental stance and practices are a very important part of our business ‘DNA.’”

In fact, every Autobell location has some sort of water recycling or reclaim system in place. The company uses advanced technologies that allow its washes to treat and recycle 100 percent of all wash water, and the newer stores even utilize water restoration systems. Naturally, the company is also a part of the ICA’s WaterSavers® program.

However, Autobell goes beyond its own locations in its efforts to green up the towns. For example, the business takes on various waterway cleanup projects during the year at several locations. Autobell also tries to discourage parking lot carwashes by offering a fundraising program that provides nonprofit groups with Autobell gift cards to sell, from which they can keep half the proceeds.

One unique way that Autobell tries to promote environmental awareness is through the Autobell Creek Challenge®, which the company first sponsored in 2015. This annual curriculum and competition challenges students from third to fifth grade to learn about the local creeksheds and ecosystems in the Charlotte, North Carolina area as well as the importance of water in human life. Autobell then hosts a competition in which several local elementary schools compete, and different contests include a quiz bowl, model demonstrations and more.

Chiming in on the future

Slow and steady wins the race, as they say. Over the past several years, Autobell has consistently appeared in the Top 5 of Professional Carwashing & Detailing’s Top 50 U.S. Conveyor Chain List. While the chain’s growth hasn’t been as aggressive as some other conveyor carwash chains in the Top 5, there’s no doubt that the company’s growth strategy works. But, growth isn’t just about gaining new locations. It’s about modifying the company itself to change with the times.

As for Autobell’s upcoming plans, Howard reveals, “Looking to the future, we plan to expand methodically in our current geographic footprints where it makes sense as well as to explore new markets. We are also tweaking our wash options and menu boards to assist with easier and faster customer decisions.”

In fact, the company also recently revamped its website to be more user-friendly, and for the 50th anniversary itself, the company will provide a specially priced wash option. Otherwise, Howard says, Autobell simply plans to keep on providing customers with the excellent service it always has.

As for what else the future holds, not even Howard can say.

“Carwashing has changed a lot in the past 50 years, and like many other things, the pace of change gets faster every year,” he concludes. “One can only imagine what the next few years will bring.” 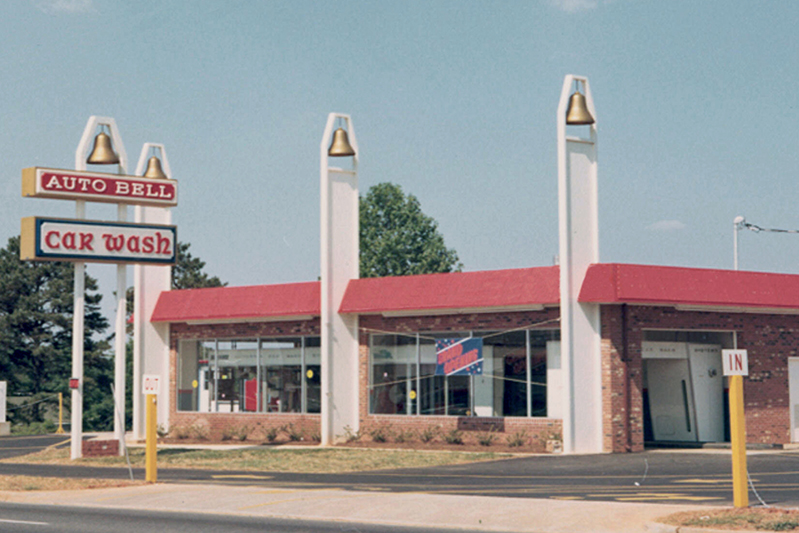 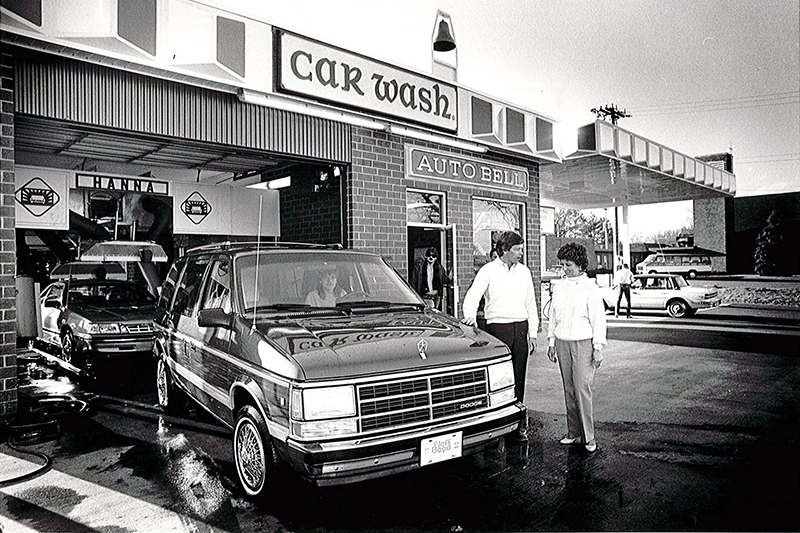 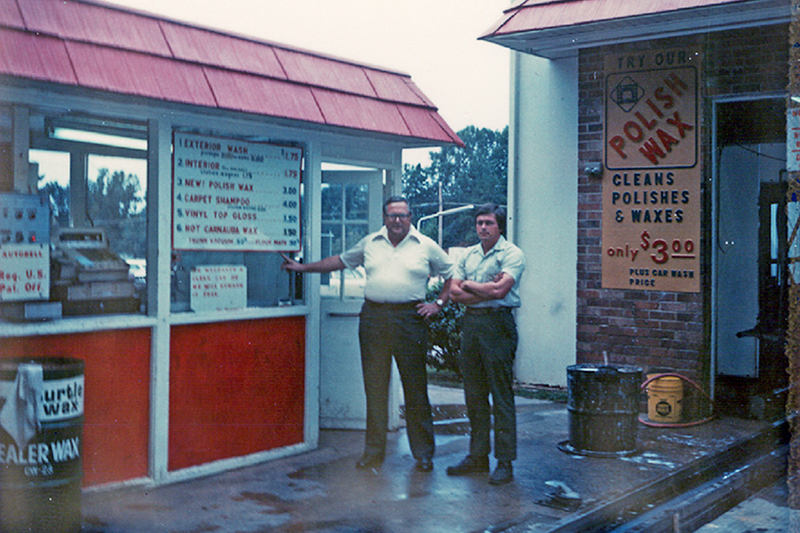 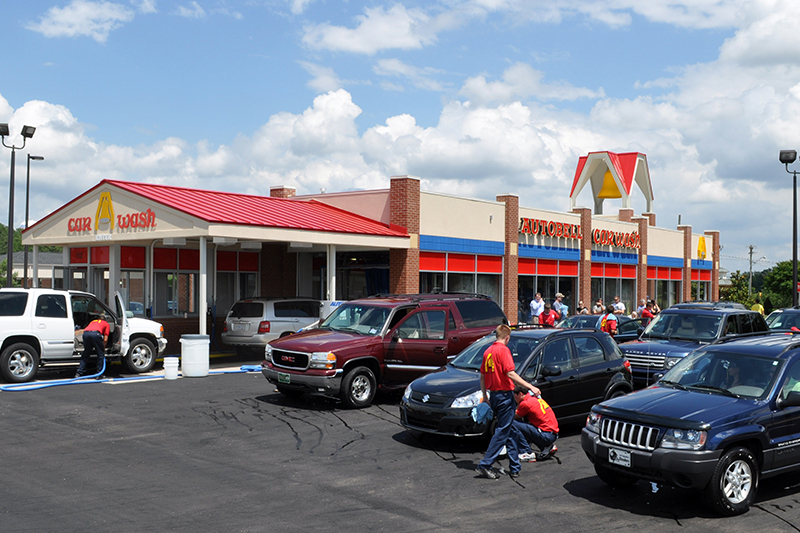 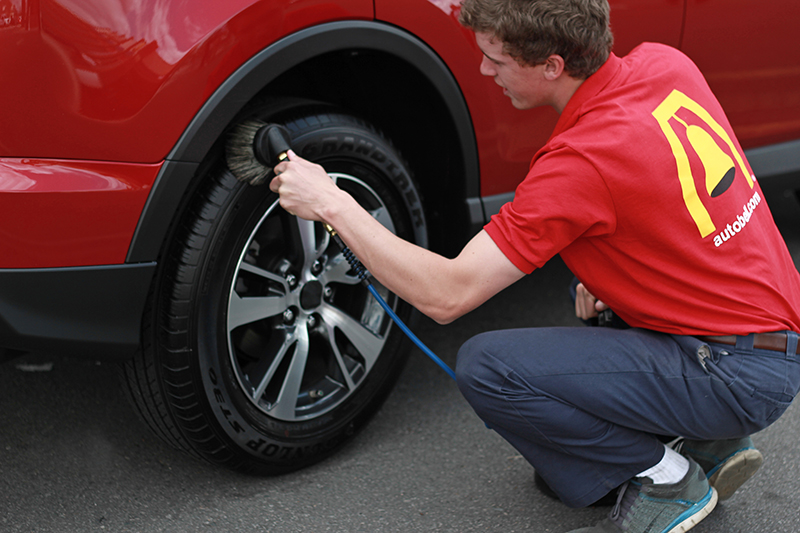 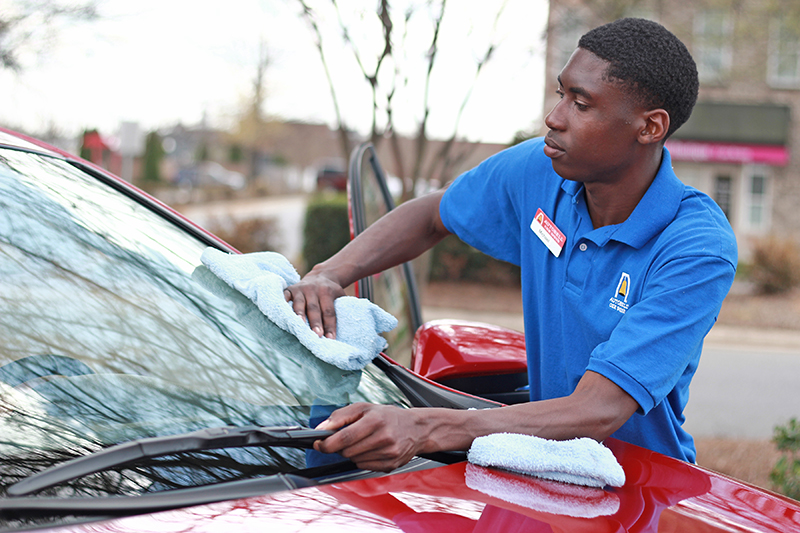 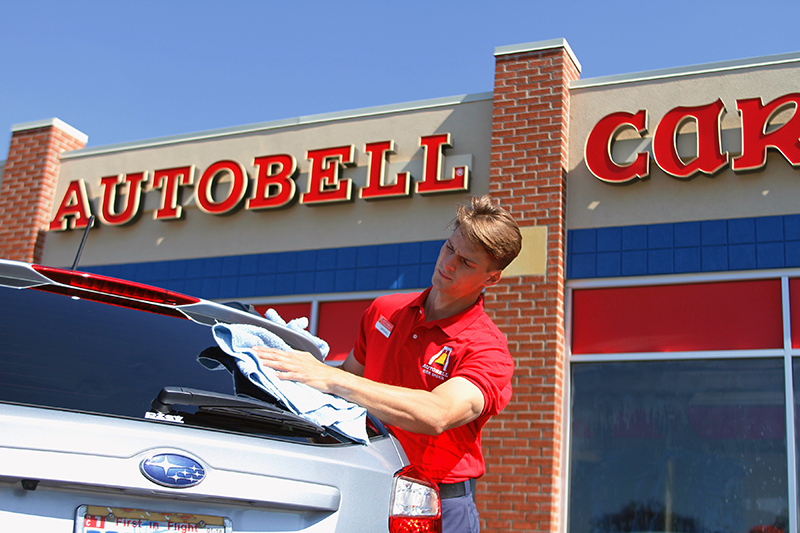 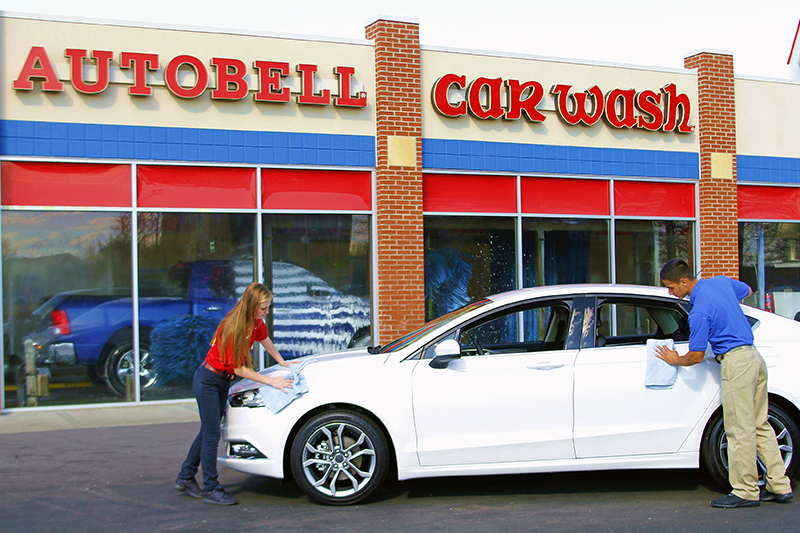