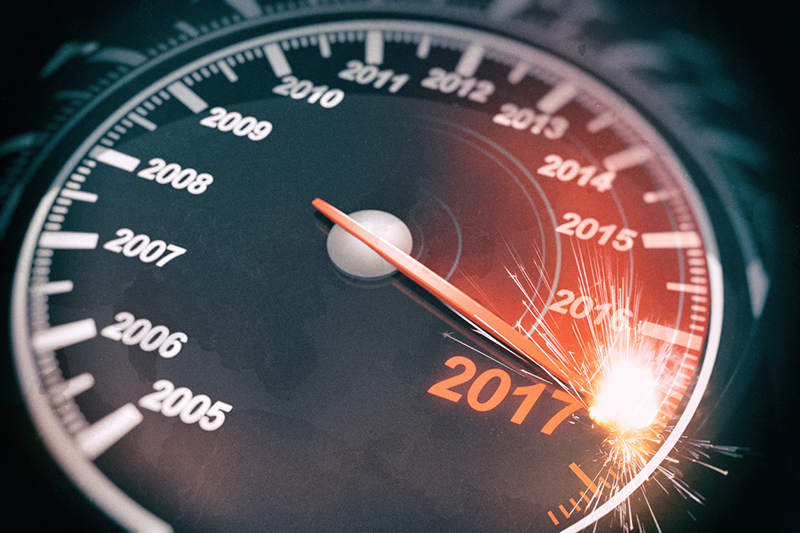 Last year was a record-breaking year for the industry, but what lies ahead?

Overall, 2016 was a good year for the automotive industry. Automakers sold 1.69 million vehicles in December, which is three percent increase in regards to the past year, and the total sales of 17.55 million cars for all of 2016 is a gain of 0.4 percent.1

Although it was a mostly good year, there is no doubt that the future greatly depends on how automakers will deal with the shifts in demand. Trucks and large vehicles also recorded huge sales. According to analysts, the trend will continue as low gas prices remain.

Through past years, many important discoveries emerged in the automotive industry. Those provided completely new and different ambitions for it to grow in the future. Who could have imagined that we would be this close to the dream called the intelligent car, that we can practically see it in front of ourselves?

It is slowly moving from plans and drawings into our lives. Although it is easy to imagine, it will surely be quite a challenge for automakers, considering the path they will have to take in order to shift from current models to driverless cars.2

The race to develop autonomous and driverless cars has started. Some companies have started trying to meet that challenge now, each with its own plan and goal for how it will look.

Ford says that it will deliver self-driving cars by 2021.3 They announced that making self-driving vehicles is a priority because of what they will have to offer in terms of passenger safety and customer experience. Ford also said that it is a mobility company now — not just an auto company — which confirms just how much the software companies are now involved with the entire auto market.

Uber has made the most progress at this point, it seems. The company has announced that it is testing cars in Pittsburgh. Uber actually says that it is preparing to add self-driving cars to its fleet very soon. The company is very optimistic as far as its product is concerned, but at the same time, it does have a lot of problems emerging.4 It separated from Google’s company, which is developing the same, self-driving car because it’s convinced it can go forward faster that way. Time will tell if Uber’s decision was the correct one.

The 2016 year was good for the auto sector in terms of sales volume. In comparison to 2015, sales were larger by about one percent, and China’s sales even grew six percent more than the previous year. Furthermore, there were some trends in 2016 to remember:

There were also many other important events in 2016, mostly connected with autonomous cars, that included companies such as Tesla, Ford, Toyota and many others. All of these are indications of the rapid development of autonomous systems and cars, and advanced technologies which will occur in 2017 and beyond.

Although it takes time for revolutions to take place, the present year is expected to be very productive when the automotive industry is concerned. There are few things that are predicted to happen:

Although it is hard to predict the long-term results in any industry, the year behind us mostly determined the journey that will take place in 2017. Technology became an essential part of our lives and environment, and now new cars that no one could ever imagine before will appear in their new editions.

Many experts, though, aren’t so positive about the driverless car incorporation into our lives. Present circumstances don’t allow for its 100 percent reliability, since there are so many problems outside of its control: bad roads and highways, unpredictable conditions, etc. But, since it is unstoppable, we can at least hope that the competition between companies will provide perfect results in time. And, of course, it will be very interesting race to follow.

Arthur Hawthorne is an automobile enthusiast. He’s been writing about the automotive industry for over 10 years and is an expert in auto finance. Currently, he is managing the blog at Best Auto Lenders, where he covers different news, ideas and reviews.

The automotive industry: How it was and what to expect