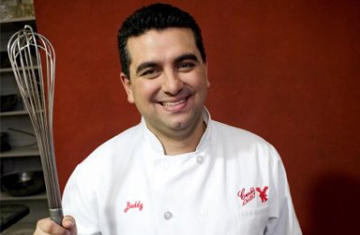 The July 3 story said Valastro was visited by Dario and John, who own the Finish Line Car Wash. They wanted a cake to celebrate their millionth wash and requested one which shows a car going through a tunnel and getting cleaned.

Valastro described the cake idea to his employees and said, “This cake is going to blow debris of the car, wash the car, and send it out steamy and shiny baby."

To build the cake, they used two treadmills to serve as the conveyor, and plexiglass, which contained the steam. Valastro described it as the most challenging cake, mechanically speaking, he has made to date.

Upon delivering the finished product, Valastro said, “We had to do something spectacular because this is the best carwash in town."

To see the full episode, check the TLC website, which can be found here.