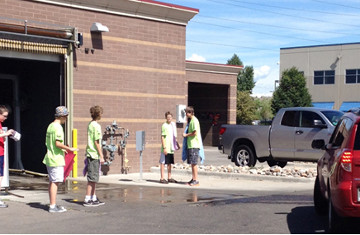 LITTLETON, CO — Boy Scout Troop 194 here raised $726 during a carwash fundraiser at Kwik Car Wash, according to a press release.

Kwik Car Wash frequently hosts charity carwashes for local nonprofit organizations. Other events scheduled at the wash this summer include benefits for sports teams, the local community food bank and other nonprofit groups.