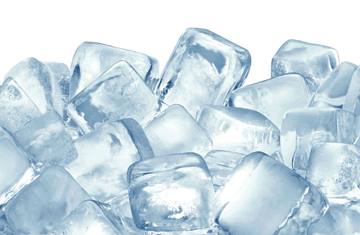 Carwash owners share their stories of how they have upped their profits with ice vending machines.

For several years, Professional Carwashing & Detailing has been bringing you informative articles about various aspects of the ice vending business and exploring its compatibility with the carwash industry as an opportunity for an additional revenue stream for carwash owners.

This is the second part of our feature on carwash owners who have actually purchased ice vending machines so that they can share their experiences with our readers firsthand. Their stories and comments follow.

Matt Scott’s wash was named “Car Wash of the Year” for Self Serve/Automatics in 2013 and he is a member of the Southwest Carwash Association. He owns a Kooler Ice IM1000 that he purchased through Kooler Ice Distributor, Cowtown Ice Vending out of Dallas.

Scott first became interested in ice vending after seeing the larger, “semi-trailer like”, ice vending machines around his area. He explained, “I was thinking about ways to generate other revenue streams at the carwash. There are no other ice vending machines at carwashes in the area. I knew I had a good location, and I already had the RO (reverse osmosis) water, so naturally I thought it was a good fit.” Scott had a location on his property that would fit a smaller machine perfectly, so he said that he began researching ice vending machines for his site. He told us, “I researched five to six companies. The size and appearance of the machine, along with the dealer, Cowtown Ice Vending, were the primary reasons I settled on Kooler Ice. I liked the look and appearance of the Kooler Ice machine. It looked like an oversized Coke machine. It came with a monitoring system and an iPhone application that I use every day.”

Scott placed his machine up against his building and said that the installation of the unit was very easy. “I had electricians run 220v to the machine and my plumber ran the lines over from my RO system.” He also reports the maintenance of the machine to be very easy as well. “I have my machine on a maintenance contract, so Cowtown Ice Vending comes out once every six months to do a full service. Other than that, it is pretty maintenance free. We load the bags, keep it wiped down and clean, and take the money out.”

He has enjoyed positive feedback from his customers as well. “I have received several compliments on the look of the machine and they like the convenience, 24-hour accessibility, the quality, the price, and that they don’t have to stand in line to get their ice or fight traffic in a convenience store parking lot.”

We asked if he felt his business had benefited from owning an ice vending machine and if he would recommend one to other carwash owners. He said, “It is a no brainer for me! If I built another carwash, the first thing I would add at it is an ice vending machine. I think it has been a great benefit. I drop a bag of ice every day and give it away to my customers, which they love! Customers like the machine, they like the price and the quality, and it will pay for itself in less than three years.”

Hobdy’s story is a little different. He learned about ice vending through owning a mobile snow cone business where he was actually purchasing ice for his business from an ice vending machine. When he bought his carwash, he saw an opportunity to use his land and location to add a second revenue stream with an ice vending machine. “They had just redone the road in front of us. We put the machine right up front next to the road, so it is very visible. There is a c-store a few blocks away and they are selling ice for double my price. So, I added it to bring in new customers… thinking, maybe they will get ice and then stop in and clean their car. If they are cleaning their car, 4 wheeler or boat, maybe they will get some ice. So I thought it would help me to be more of a one stop shop for my customers.”

When Hobdy was making his decision he looked at several companies and considered size, price, curb appeal, the monitoring system capabilities, and whether or not there was a franchise fee, and whether the ice was cubed versus cracked. One of the things he said he really likes about the machine he chose is the monitoring system. “While I am not a technology nut, I like the ability to manage the machine remotely from my computer or phone. It is nice to have the ability to give a free bag of ice from my phone and check on the machine sales.”

Hobdy’s installation of the machine was a little more involved because of where he chose to place the machine. But, he said, “It was a pretty straightforward job. I wanted the unit close to the road, so my customers would have easier access to the machine. We could have put it closer to the wash and saved some money, but we likely would have sacrificed sales. So we trenched through the concrete about 18-20 feet to run the utilities to the machine. We also added bollards to protect the machine. But overall, it was very simple.”

Hobdy also has the distributor, PESCO, doing the six month full service maintenance for him, and said his maintenance is limited to just basic maintenance when required.

Hobdy says that even though his machine is relatively new, he feels good about his location and how it will complement his carwash. “I have already had several customers tell me that they are glad that I installed the unit and that they like the price and the convenience of the machine.”

Hobdy purchased his ice vending machine and carwash because he hopes to retire in five to eight years and he felt that with the low interest rates and the risk he sees in the stock market, it would be better for him to invest in his own business. He feels, “the tax benefits of the machine are good and the wash and the machine should be a good way to supplement my income when I retire down the road.”

Hobdy said he is pleased with his decision to sell ice and thinks it will improve their net profit down the line and it is a good complement to his business.

Brad Nye has been in the carwash business for over 20 years and owns one carwash with three self-serves and one in-bay automatic. He owns a Kooler Ice IM1000 which he purchased from Kooler Ice.

Nye first learned about ice vending from reading an article in Professional Carwashing & Detailing. He later began researching all of the manufacturers. “We actually visited three different ones personally, and among our decision making criteria was price, marketability, and the machine’s ability to withstand upstate New York’s weather.”

Like the other carwash owners we interviewed, they found the installation process reasonable and manageable. “The process was simple. We installed it ourselves! We ran the water line and electricity. It was not expensive. We probably had a couple hundred involved in the whole process.” And, they put their time spent on actual maintenance of the machine at, “just a couple hours a month”.

Nye elected to place his machine against his building in a recessed area which offered an overhang, in part to protect the machine, and in part to keep it out of the New York weather and offer shelter to his customers in inclement weather.

“We get a lot of positive feedback (on the machine) from our customers. They love the convenience of pulling right up to get ice without going into a store, and a lot of them are already there washing their car, so they are killing two birds with one stone.”

Nye said he would recommend that other carwash owners consider purchasing an ice vending machine, especially if they have a convenient drive in, drive out area. He added, “Our primary reason for buying one was to get a good return on our investment, but it was also to attract and retain customers to the carwash.”

We spoke with Jeff Dyson, Vice President of Sales for Kooler Ice, about the viability of ice vending machines in the carwash industry and he told us,“The carwash industry is an ideal fit for using an ice vending machine to create an additional revenue stream for their business without high start up or maintenance costs because the businesses are mutually compatible. If they select the right machine, from the right manufacturer, the machine’s potential to bring in business and increase a carwash owner’s revenue can add up to big profits!”

Multi-profit Centers: Q&A: Adding a c-store to a carwash