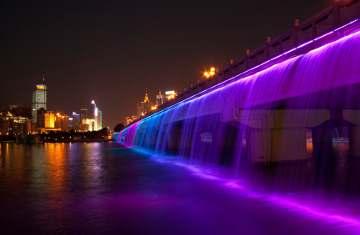 ALBANY, N.Y. — The lighting can be used to add spotlight services like the dispensing of hot wax or foam.

ALBANY, N.Y. — G&G LED has added new colors to its WPX4 LED lighting line, according to a press release.

The new color arrays are designed to highlight services in harsh, wet environments like carwashes, noted the release. The luminaires now come in red, amber, green, blue and clear white.

The lighting can be used to add spotlight services like the dispensing of hot wax or foam, stated the release.

“This is a product that many of our clients requested,” said Jason Baright, president of G&G LED, in the release. “The new WPX4 Color wet location luminaire was designed with the same stringent attention to detail as our other WPX products, which have already gained a widespread reputation for innovation and outstanding durability within the carwash industry.”

The WPX Series linear luminaire was introduced to the market in 2014, reported the release. G&G has additional introductions and enhancements planned for the WPX Series in the coming months.