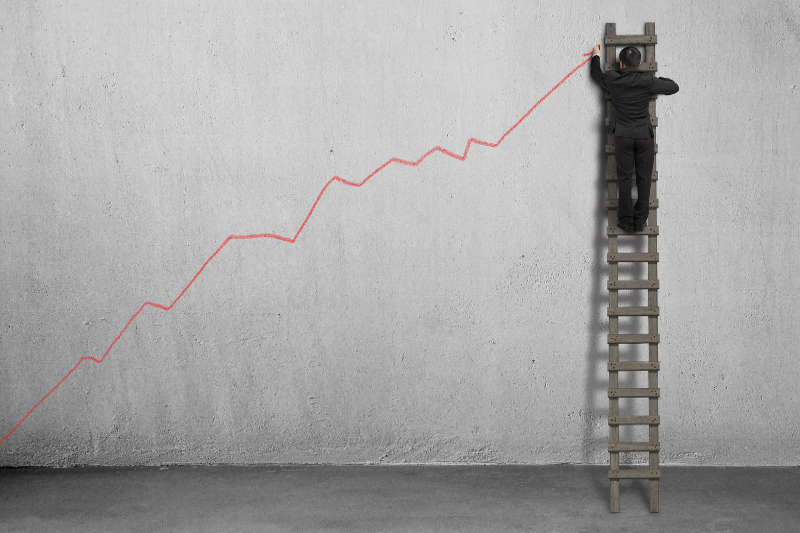 In this edition, we cover Ziebart International’s record growth and other news.

In this edition of Market Focus, we cover Ziebart International’s record growth, a scholarship contest, a carwash opening, a new hire and a website update.

It all started in Ziebart’s home state with the newest Michigan franchise awarded to Anthony Mattia, the release continued.

Ziebart of Sterling Heights is the 11th franchisee in Michigan and 15th store location in the state, the release stated, which held its grand opening in December 2016.

“I’m so excited to be involved in the rebirth of the Motor City state. Being a part of the continued expansion of greater Detroit is only proof of that,” said Mattia.

“This grand opening for Sterling Heights is very exciting for all of us,” said Thomas E. Wolfe, president/CEO of Ziebart International Corporation. “As we reintroduce the Ziebart brand from coast-to-coast, each new franchise is key to our continued success. We wish Anthony the best in delivering quality Ziebart products and services to our Michigan customers.”

Texas has also become a state of continued growth with Tim Cooper signing on in Houston, Texas, and Clint Tidwell in Tyler, Texas, the release noted; both are in the midst of site selections and expect to open their storefronts within the month.

“We are ecstatic about our third and fourth Ziebart locations opening in Texas and are just as excited about the increase in interest for our franchise, particularly in the South, a non-traditional rust market,” said Wolfe.
The level of U.S. interest continues, with Ziebart stores planning to open in Alabama and Florida early in 2017, the release noted.

“Nobody does vehicle detailing, films and protection better than Ziebart,” said Wolfe. “Our heritage and history combined with high-tech, cutting-edge products and superior customer service makes Ziebart a great investment for our franchisees.”

In addition to the U.S. growth, international expansion is continuing for Ziebart, the release stated, as they awarded and opened a Thailand master franchise this year.

Ziebart is one of the oldest franchised brands in the world, according to the release.

The company offers single and multi-store or master franchise opportunities to qualified investors, the release added, and while many small businesses fail within three years, the average Ziebart store owner has been leading his local market for over 20 years.

UNION, N.J. — Members of the Car Wash Operators of New Jersey (CWONJ) can now provide their employees and their families with a scholarship opportunity that also provides members with a valuable employee benefit, according to an association press release.

Two $1,000 scholarships that can be used for a two- or four-year education, be it full-time or part-time, the release stated, will be awarded to CWONJ-member employees in 2017.

Applicants will be evaluated based on their high school standing, leadership capabilities, community involvement, strength of character, personal achievement, plan of study and future goals, the release continued.

The scholarship will be awarded to individuals who, through their work in the community and at your business, have demonstrated excellence and a genuine desire to expand their knowledge, the release noted.

To be eligible, the release added, an applicant must be all of the following:

It is the hope of the CWONJ Board of Directors that every member will encourage their employees and their families to take advantage of this great opportunity, the release stated.

For more information and to download the scholarship application, visit https://cwonj.com/scholarship-forms/.

JASPER, Ala. — According to an article posted by the Daily Mountain Eagle, Big Guy’s Express Car Wash opened in late 2016, just a couple months after one of the founders passed away.

Lyle Guthrie was working with his father, Jeff Guthrie, to open Big Guy’s before he passed away on Sept. 20, 2016, the article stated.

“It was going to be his,” Jeff Guthrie said. “Together, we picked everything out.”

According to Guthrie, Lyle had always wanted to open a carwash in Jasper, and before he died, they broke ground on the carwash and named it after Lyle, the “Big Guy” himself.

“That’s why it’s called Big Guy’s. That was his nickname, and he had a big heart to go with it,” Big Guy’s manager Karen Jones said.

The carwash offers four washes, ranging from $7 to $20, the article noted, as well as free vacuums and free mat cleaning.

In addition, to further clean windows and other surfaces, the article continued, for $5 customers can purchase a towel that, according to Guthrie, is washed in three solutions and kept in a moisture-controlled environment.

The carwash also offers unlimited wash packages for $19.95 or $29.95 per month, which Guthrie claimed is their most popular service, the article stated.

Additionally, for every $20 wash purchased, Big Guy’s will donate $3 to Walker County school programs, the article continued, and police cars get free washes.

“Lyle was big on helping people, so we want to help the schools the best way we can,” Guthrie said. “We’re hometown owned. We’re going to keep the money in Walker County.”

Cory Franks, a friend of Lyle’s who recently visited the carwash for the first time, said, “To see him work so hard over the period of time that he did to get the carwash going, and all the sacrifices that he made … to finally see it finished, he would be ecstatic. Going to the carwash for the first time was definitely an emotional experience, but at the same time, it was something that made me smile, to see that he had a hand in it. To be able to continue to support something that was a dream of his, it made me feel really good.”

EAGAN, Minn. — Hydra-Flex Inc. announced that Jonathan Kingsbury has joined the organization as its new director of sales, according to a press release.

Jonathan’s experience comes from a broad background of sales and marketing leadership roles within the commercial cleaning industry, the release added.

Most recently, he held senior-level roles with global manufacturer Nilfisk-Advance Inc., leading its U.S. commercial dealer sales channel and North American marketing and strategy teams, the release noted; prior to that, Jonathan served 14 years in various leadership roles at Ecolab, progressing within the organization’s food and beverage division.

During a global assignment as Ecolab’s division manager of food and beverage in Sydney, Australia, the release continued, Jonathan broadened his sales and technical support experience into the vehicle care industry.

“We are thrilled to welcome Jonathan to our team and are excited to introduce him to our customers and strategic partners,” said Hydra-Flex CEO Jaime Harris. “His proven leadership capabilities, combined with his deep and relevant industry experience, will be key in our efforts to increase market share, customer satisfaction and innovation for Hydra-Flex and our partners.”

NORTH CANTON, Ohio — ASC Industries, a water pump designer and manufacturer, has enhanced its website at asc-ind.com to make it easy to find water pump and timing kit parts and important information quickly, according to a press release.

“More and more, today’s technicians and salespeople are using phones and tablets to find information and place orders,” said Andrew Kratky, vice president of sales and marketing for ASC Industries. “Our new site gives them everything they need, whether they’re repairing a water pump or helping a customer with a water pump order.”

In addition to the new parts search, the website offers these user-friendly benefits: