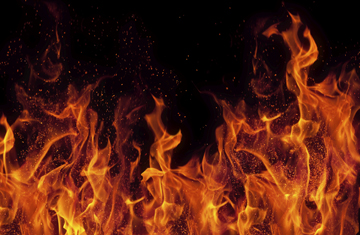 Regular maintenance and good housekeeping are critical to the safe operation of any carwash.

A friendly fire is defined as an intentionally kindled fire that remains within its intended confines, such as in a furnace or fireplace. It becomes a hostile fire when it is no longer contained!

Recently, a hot water boiler in the equipment room of a car wash caused a fire. What could have been and should have been a minor loss, turned into a major one. What happened is the following as reported by McNeil & Co’s Stephen Manson, Claims adjuster/examiner:

“Our investigation of the hot water boiler related building fire did not evidence a mechanical failure of the boiler unit. The preponderance of evidence suggested that the build-up of rust, scale and deposits upon the heat exchanger led to a flame rollout condition. In that situation, the exhaust gases within the combustion chamber become blocked from ascending up the chimney as desired. The heated gases then flow out of the burner chamber into the surrounding area. Flammable materials stored near the boiler ignited resulting in the destruction of the building. The 20 yr old boiler was equipped only with water temperature sensors. The flame, rollout and resulting hostile fire quickly occurred, before the water sensors could initiate a safety shut down of the boiler.”

It is common for a boiler heat exchanger to form rust, scale and deposits over time. The build-up reduces heat transfer efficiency, and causes the boiler to work harder to provide the required heat. This causes undue wear on motors, blowers and controls with resulting higher operating costs.& As a preventive measure, cleaning of the combustion chamber heat exchanger should be regularly performed. Often, a scraper or stiff brush is pushed through the exchanger unit to debride the unwanted deposits. The loosened material is then vacuumed from the bottom of the fire chamber. With restored boiler efficiency, performance is improved and lower operating costs enjoyed.

Due to the “hostile” ensuing building fire, the boiler was damaged beyond restoration to service. Depending upon the extent of the flame rollout, modest damage to wiring or controls can occur taking down the system, escalating on to full destruction of the boiler system. In the event of a safety shut down, ensuing damage, such as freezing of other mechanicals and product during the heating season, can escalate damages both to equipment and associated business income losses. Preventive maintenance remains a primary expense control measure.

The main point here in this story is that if you take out the exposure presented by the proximity of the combustible material to the boiler, this loss would have been contained to the one piece of equipment. However, due to poor housekeeping, the fire expanded to the entire inner structure causing a massive amount of damage. 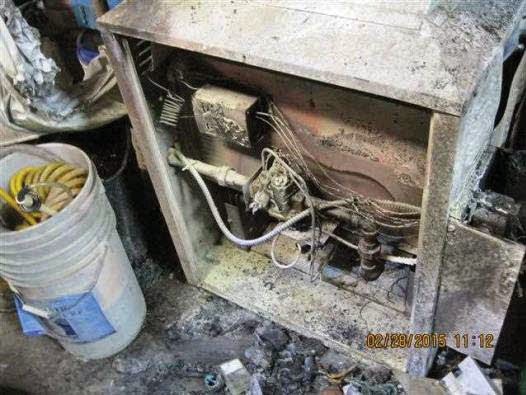 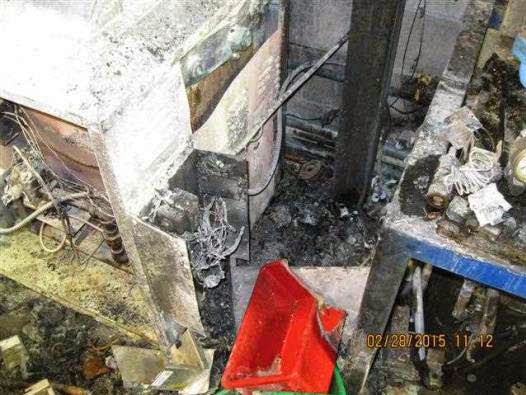 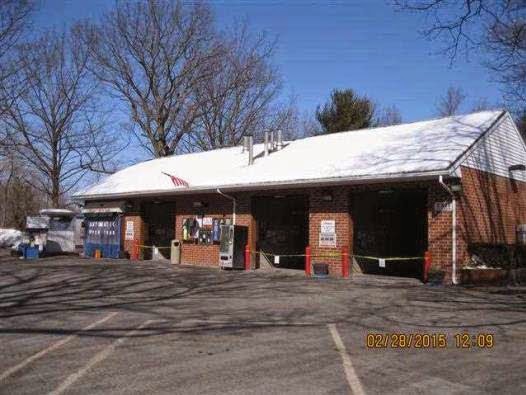 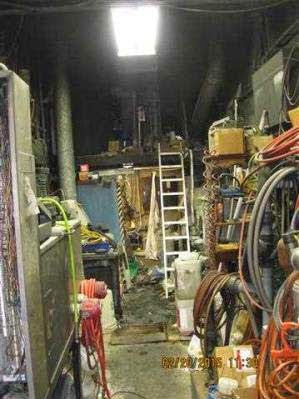 As you can see in the outside photo, it doesn’t look like much damage. But, when you add up everything that was effected, it comes up to well over $300,000. The cost to replace the boiler would have been around $15,000. Not to mention, to put in a new boiler would have been a fraction of the time that it is taking to repair everything necessary to get this location back up and running.

Ask any operator that has experienced a fire loss and they will tell you the mental challenges are overwhelming. All this stress could have been avoided with simple housekeeping practices.

Another example was reported in an article on Aug. 7, 2012 by Professional Carwashing & Detailing. The improper storage of a gas container in the equipment room caused a fire ignited by the flame from a hot water boiler.

In both instances, it was fortunate that no employees were injured. The smoke from these fires is often so thick that it can quickly incapacitate anyone caught in the equipment room when the loss occurs. Toxic fumes from the burning of the chemicals can also be a big risk.

Proper maintenance of machinery and good housekeeping is often talked about. We are all busy and in the real world keeping up with what we know we should do is not always easy. However, these are only a few examples of the consequences of letting it get away from us. I know you will agree that it is time to stop talking and enforce a plan to properly maintain your car wash equipment and keep the equipment room clear!

The benefits of an online carwash menu

Why you should get a carwash education

5 steps to grow your detailing business
Connect with us