From rags to riches with towels

From rags to riches with towels 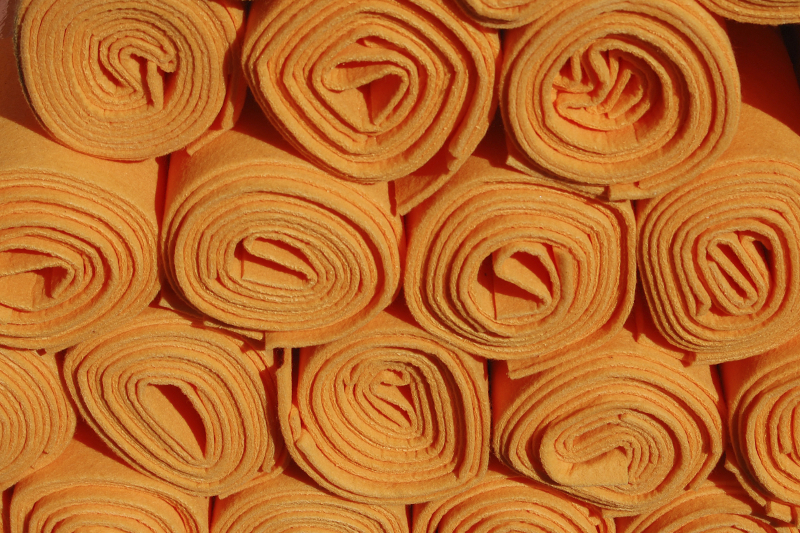 Learn how to choose and maintain towels.

A specific task such as selecting the type of towel for a detailing job can mean the difference between a job well done and a job gone wrong. “Just like other skill trades, detailing requires the perfect tool for every task,” explains Byron Gartland, president of Beautiful Rags. “The primary tool in this case tends to be a premium body towel.”

Although purchasing towels in general is normally a lower expense in the detailing business compared to other equipment and technologies, there are high quality and low quality towels. And regardless of overall affordability, detailers must know the difference and be willing to pay a little more for better value and efficiency.

“Always buy the best quality,” suggests Juliette Silver, CEO of CarWashWorld.com. “If you want cheap towels they will need to be replaced often and will not get the job done properly and professionally.”

Gartland continues that lower quality towels, such as thinner towels, can break down and leave a mess all over a vehicle, and, “Torn towels tend to get caught on things like wiper blades and antennas,” he adds.

In addition to leaving unwanted and bothersome remnants of the tattered towel all over a vehicle, using poor quality towels may also result in damage. “If you use a poor quality towel you may damage the vehicle’s finish by producing fine scratches and swirl marks,” explains Silver, noting that when spending a significant amount of money on detailing, customers expect their vehicles to be as pristine as possible.

Essentially the two main types of towels used today are terry, mainly made of cotton, and microfiber. There are numerous sizes, shapes, weights, fabrics, colors, textures and thicknesses of towels, and choosing the “best,” most efficient options may vary depending on the unique needs of the detailer as well as the job at hand, requiring a little bit of trial and error.

A closer look at terry towels

However, Gartland adds that cotton towels can pose a significant disadvantage to detailers. “The obvious drawback to cotton is lint,” he decrees. “In its raw form cotton is a linty plant, so anytime you use a cotton towel there will be some degree of lint even if it’s minor.”

Although no terry cloth is completely lint-free, various types of terry towels are reasonably free of lint, and some detailers will also use a “sheared” terry towel to help safeguard from larger lint amounts.

Originally intended to be used for swimsuits and other sports apparel, microfiber was developed by the Japanese in the mid-1970s. However, the material became too uncomfortable and heavy, causing the use for swimsuits to be impractical.

Yet because of its absorbency, researchers from Germany discovered that microfiber could effectively be utilized as a sufficient cleaning cloth, ultimately leading microfiber technology to find its way into the carwashing and detailing industry. With significant advantages like being lint-free, versatile and generally better for drying windows, microfiber has begun to swiftly surpass terry towels in popularity.

Although a popular and efficient choice, microfiber can easily lose quality and/or become useless if not properly maintained. One critical maintenance tip when it comes to microfiber towels is to wash separately, and in a full load, from other materials — especially cotton/terry towels. The microfiber will absorb the lint from the other materials and therefore become ineffective. It is crucial that detailers properly wash microfiber towels and closely follow the directions provided on the tag.

“Care and training are absolutely essential to microfiber success,” notes Gartland (microfiber washing tips can be found in this feature’s sidebar).

Following the correct washing procedures is not just an important factor for microfiber towels, but for terry towels as well. “[You] should never use dirty or soiled terry towels,” warns Silver. “They will definitely scratch or damage the paint’s finish.”

Additionally, proper towel maintenance is not limited to simply following the correct washing directions.  Managing how you use and maintain towels is also a key component to ensure towels last and remain of high quality.

Many industry professionals recommend instilling a color coded system to help keep towels at optimal quality and lower chances of cross contamination and/or potential risks to a vehicle. For example, a specific colored towel may be used solely for a particular type of chemical. Without a color coded system, a person might unknowingly grab a towel used for a type of chemical that may cause damage when applied to a certain area of the vehicle, such as leather or paint. With a color system in place, this person would know that precise towel is solely used when handling a certain chemical, and instead, grab the correct towel for the task at hand.

Color coding systems can also help during employee training, especially if employees do not all speak the same language. A color coded system can act as a universal language any employee can follow without verbally communicating.

In addition to applying a color coded system, detailers can employ a “towel management system” of folding the towel in quadrants while it is in use in order to utilize every part of the towel evenly. Then, flip the towel over and use in quadrants on the other side. This way the towel is being used as efficiently as possible. Some microfiber towels are now available with quadrants printed directly on the towels.

Care procedures, management guidelines, products and technologies are constantly being developed to help people complete tasks as effectively and productively as possible. The towel industry is no different. Like the microfiber technology adapted by the Germans for cleaning purposes and the towels manufactured with quadrants to help ensure optimal efficiency, innovations are constantly improving towels’ overall performance and quality.

“We have more choices than ever before [in the towel market],” informs Gartland. “Interest in waffle weave and nanofiber technology is on the rise…My personal recommendation is to try a little bit of everything, use what works best, then build the cost right back into your base pricing.”

Silver says her business has started producing microfiber waffle weave and comments on how this innovative technology is becoming the “latest craze” in window cleaning. “It is soft, absorbent and very strong,” she adds. “It is extremely versatile and can be used as a window towel, body towel and detailing towel.”

There is not, and probably never will be, a single perfect towel. As mentioned earlier, the ideal towel will vary depending on the preference of the user and the task performed. “People will always like what they like and they expect to be presented with options that best suit their particular needs,” says Gartland.

As new technologies continue to emerge, Gartland urges industry professionals to enjoy the possibilities. “Have fun with it,” recommends Gartland. “If a new trend looks compelling, give it a whirl. It could change the entire way you do business, and what could be more exciting than that?”