Get ready to rock in Nashville - Professional Carwashing & Detailing 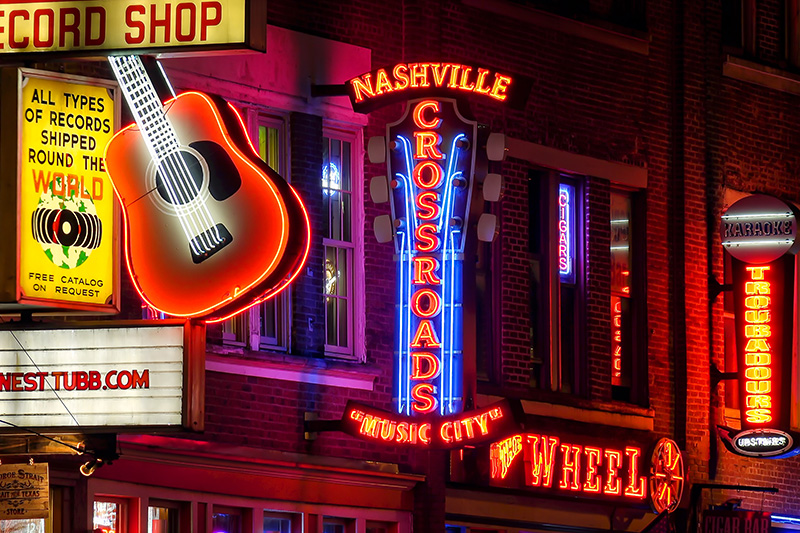 The site of The Car Wash Show™ 2019 is Nashville, Tennessee. With so much to see and do in the Music City, experienced visitors know that the chicken isn’t the only thing that’s hot in this exciting, American metropolis.

Fun facts about the area

Settled on Christmas Day in 1779, Nashville first became the state capital of Tennessee from 1812-1815 and then remained permanently so in 1843. The city has the second largest land mass in the country, totaling 533 square miles.

Last year, Nashville played host to 15.2 million visitors, which was up from 14.5 million in 2017 — accounting for a 5 percent increase. With such heavy interest as a vacation and business destination, the city boasts 31,500 hotel rooms.

As interest in the area has grown over the recent decades, the city has seen new construction and a revitalization occur.

In fact, the venue for The Car Wash Show 2019 — the Music City Center — will celebrate only its seven-year anniversary during the same month that The Car Wash Show and its participants are in town. The modern, attractive facility is a total of 1.2 million square feet, featuring more than 375,000 square feet of exhibit space, 128,000 square feet of meeting space, two ballrooms, a business center and a 2,500-seat theater.1

The business environment in Nashville is quite diverse. According to our research, the predominant industries that operate in the city include health care management, automobile production, finance, higher education, insurance, music production, printing and publishing, technology manufacturing and tourism.

Over 68,000 jobs in Nashville are related to the hospitality industry. Here is a further industry breakdown of the city:

Take a bite out of Nashville

Whatever your palate desires, it will be served in Nashville. From fine dining to casual eateries, there is something for everyone.

Of course, Nashville is probably most famous for inventing hot chicken. According to www.visitmusiccity.com, visitors can find the original hot chicken at Prince’s Hot Chicken Shack, but there are plenty of other establishments in town that are serving the local favorite, including Hattie B’s Hot Chicken, Party Fowl, Pepperfire Hot Chicken and Scoreboard Bar & Grill.

“Another Nashville food staple is the classic ‘meat and three,’ downhome, Southern cooking where you typically go through a line, cafeteria style, and order a meat and three sides,” as stated on www.visitmusiccity.com.

And no, we didn’t forget the barbecue. You will find award-winning joints all over the city. Visitors can dine at such BBQ restaurants as Martin’s BBQ Joint, Peg Leg Porker, Edley’s Bar-B-Que, Jack’s Bar B Que, Bar-B-Cutie and Puckett’s Grocery, just to name a few.1

Nashville is obviously well-known for its vast country music history, including the iconic Grand Ole Opry House, home of the famous “Grand Ole Opry” stage and radio show. However, there are other hotspots in town for the music aficionado, such as the Country Music Hall of Fame and Museum, the Ryman Auditorium as well as the city’s District area, which is jam-packed with  notable honky-tonks, bars and dance halls.

There is plenty to see and hear in the Music City; here is a closer look at some of the biggest sightseeing attractions to add to your list when in Nashville.

In 2020, this famous venue will celebrate its 95th anniversary. According to its website, www.opry.com, “What began as a simple radio broadcast in 1925 is today a live entertainment phenomenon. Dedicated to honoring country music’s rich history and dynamic present, the Grand Ole Opry showcases a mix of country legends and the contemporary chart-toppers who have followed in their footsteps.”

Referred to as the “home of American music” and the “country’s most famous stage,” hundreds of thousands of locals and tourists from around the world come to the Grand Ole Opry every year to see live entertainment.

The Parthenon is the centerpiece of Centennial Park, which is Nashville’s premier urban park. According to www.nashville.gov, the re-creation of the 42-foot Athena statue is the focus of the Parthenon, just as it was in ancient Greece. Both the building and the Athena statue are full-scale replicas of the Athenian originals.

The Parthenon was originally erected for Tennessee’s 1897 Centennial Exposition. Also, according to www.nashville.gov, this replica of the original Parthenon in Athens serves as a monument to what is considered the pinnacle of classical architecture. Additionally, the Parthenon serves as the city of Nashville’s art museum. The focus of the Parthenon’s permanent collection is a group of 63 paintings by 19th and 20th century American artists donated by James M. Cowan.

The Country Music Hall of Fame and Museum is one of the world’s largest museums and research centers of American country music. The Museum is open from 9 a.m. to 5 p.m. daily. This self-guided museum allows visitors to create their own experience with an audio tour that contains approximately 60 minutes of narrative.

According to this attraction’s official website, www.countrymusichalloffame.org, the facility’s newly expanded exhibit space requires approximately two to three hours to experience. For more information and ticket prices, visit the Country Music Hall of Fame’s website or call the number listed below.

In case you are not familiar with the term “honky-tonk,” here is one source’s definition: a honky-tonk is an establishment that contains at least one rockin’ stage, cold beverages and a party that lasts all day, every day.1 Nashville’s Honky-Tonk Highway, located on Lower Broadway, is a row of honky-tonks with live music playing from 10 a.m. to 3 a.m.1

Many well-known country stars, such as Willie Nelson, Kris Kristofferson, Gretchen Wilson, Dierks Bentley and others, began their careers on Honky-Tonk Highway.

Take a self-guided tour or a guided backstage tour of the Historic Ryman Auditorium. Established in 1892 as the Union Gospel Tabernacle, this national landmark is a must-see for any Nashville visitor. It is most famous as the home of the Grand Ole Opry from 1943-1974, but it is known as the “Soul of Nashville,” according to www.ryman.com.

With over 125 years of history and stories to tell, this national landmark has been “historically cool since 1892.”