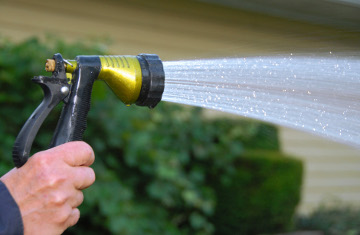 LONDON — The Retail Motor Industry Federation, a group that represents independent petrol stations in England, is calling on the government here to ban drivers from washing their cars in the street, The Telegraph reported.

The Sept. 21 story stated that the federation also called for a ban on unregulated “pop up” hand carwash businesses that often use illegal immigrant labor. Both are seen as threats to the automatic carwashes that are lucrative profit centers for petrol stations in England.

“My members are already under threat because of falling profits they make on selling fuel and now struggling because their car wash businesses, which were a good earner, are being decimated,” Brian Madderson with the federation said in the story.

“Our car washes have to be inspected by the Environment Agency and we have to have a method of catching the oil, grease and dirty water so it doesn’t go into the main drainage system,” he continued in the story.

In Germany, strict laws are enforced that ban hand washing due to the damage that it can cause letting cleaning chemicals enter the water supply.

“We accept that this would be a difficult policy to sell to voters, but it should be examined,” Madderson added in the story. “However our main concerns are the mushrooming of unregulated hand car wash businesses, where environmental standards are not in force which often rely on illegal migrant labor.”