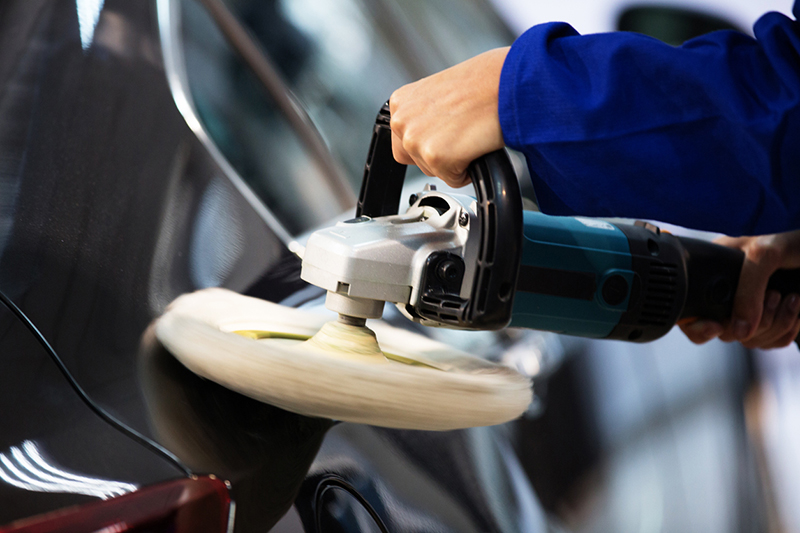 LONDON ­— The global automotive polishing machine market is expected to grow at a compound annual growth rate (CAGR) of more than eight percent during the period from 2017 to 2021, according to Technavio’s latest market research, as stated in a press release.

In this market research report, Technavio covers the market outlook and growth prospects of the global automotive polishing machine market for 2017 to 2021, and the market is further categorized into two product segments, including rotary polishers and dual action polishers, the release continued.

“The trend of investing in high-quality maintenance at an individual level is increasing the popularity of machine polishing among car detailing enthusiasts. To target car detailing individuals, automotive polishing machine manufacturers are designing new products that are formulated to be used in conjunction with polishing machines,” says Abhay Sinha, a lead research expert from Technavio.

Technavio’s research analysts segment the global automotive polishing machine market into the following regions, the release noted, of which the top three are discussed in detail below:

In 2016, with a market share of almost 39 percent, North America emerged as the market leader in the global automotive polishing machine market, according to the release, followed by Europe with close to 31 percent, APAC with over 23 percent and ROW with over 7 percent.

The increasing number of vehicles is driving the demand for the automotive polishing machine market, and vehicle owners spend an enormous amount of money in acquiring and maintaining their vehicles, the release stated.

Higher car values and the increasing market of luxury cars in the U.S. has made auto detailing a mainstream business in North America, the release noted.

The robust economic growth in Eastern Europe and economic improvement in Western Europe is expected to activate growth in this region during the forecast period, which will lead to the recovery of the automotive industry as the economic activity stabilizes and consumer confidence improves, the release stated.

In Europe, the U.K. is showing promising growth in new automotive sales as well as in used car sales, the release added.

The used car market in Europe is highly competitive with different types of business models, the release stated, which include independent dealers, franchises and online platforms.

The increasing used car market is driving the demand for the automotive polishing machine market in the region, which is expected to grow at a CAGR of 7.6 percent.

Asia consists of one of the fastest growing economies in the world, the release stated, with countries including China, India, Thailand, Indonesia and South Korea, among others.

With the rapid economic growth in this region, the release continued, the per-capita income has drastically increased over the past couple of years, which has increased the purchasing power of consumers, leading to higher automobile sales.

Additionally, with increased economic growth, most of the countries in this region have been actively spending on infrastructure and industrial development, pushing the demand for heavy commercial vehicles, the release added.

Due to the vibrant economic situation of the countries in this region, Asia accounts for one of the fastest growing and largest automotive markets globally, the release noted.

“Apart from the attractive demand-side factors, APAC has become a prime offshore location for automotive manufacturing due to factors such as government incentives and cost advantages. All these factors augur well for the growth of the automotive polishing market,” says Abhay.

You can request a sample report from Technavio at http://www.technavio.com/request-a-sample?report=55358.

Technavio’s sample reports are free of charge and contain multiple sections of the report including the market size and forecast, drivers, challenges, trends and more.

You can read the original article here.