Adding a lasting shine with ceramics 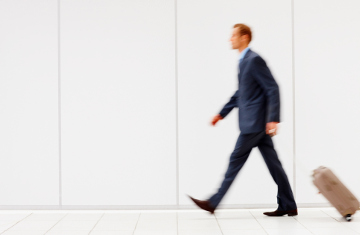 Company, association and people news from around the industry.

TUCSON, Ariz. — Mister Car Wash has acquired two Maritime Car Wash sites in Maryland, giving the company its first locations in the state, according to a press release.

“2015 has started out with a bang for us with acquisitions in Utah and Maryland,” says John Lai, CEO of Mister Car Wash, in the release. “We’re excited about introducing our comprehensive training programs and progressive career tracks to our newest employees.”

Mister Car Wash has nearly 5,000 employees. It is an operating company of Leonard Green & Partners LP.

Comtec Wash Systems Inc. will serve as corporate account manager for Istobal to all Grease Monkey franchisees in the U.S.

“We are extremely proud to be the choice of such a fine organization,” says Jimmy Sisk, CEO of Istobal U.S.A., in the release. “We think this will be a great partnership to provide additional services to their loyal customer base and standardize the experience at all locations providing carwash services.”

Grease Monkey International was founded in 1978. It is one of the largest automotive maintenance chains not owned by a major oil company.

DEERFIELD, Ill. — Mondelez International has announced its acquisition of Enjoy Life Foods, a private U.S. snack company, according to a press release.

Enjoy Life offers more than 40 products that are allergy- and gluten-free. Its products are free from wheat, dairy, peanuts, tree nuts, egg, soy, fish and shellfish — the eight most common allergens, which account for about 90 percent of all food allergies.

Mark Clouse, chief growth officer at Mondel?z International, shares in the release, “The Enjoy Life brand expands our portfolio into faster growing, on-trend, ‘better-for-you’ areas and provides an excellent platform to make these delicious offerings available to consumers with ‘free-from’ needs or simply looking for healthy lifestyle options, both in the United States and beyond.”

CEO and founder of Enjoy Life Foods, Scott Mandell, will continue to lead the company. It will operate as a wholly-owned subsidiary of Mondelez International.

EAST RUTHERFORD, N.J. — Diamond Chemical has been recognized by the New Jersey Department of Environmental Protection for the measures the company has taken to improve the environment, according to a press release. The actions go beyond compliance requirements.

Diamond Chemical was also awarded a Certificate of Environmental Stewardship for its renewable energy use. The company installed a seven-acre, 1.5 megawatt solar farm to partially provide power to its headquarters.

The solar farm will save the organization and its customers money. The structure will also lessen its carbon footprint.

“This transformative acquisition provides Speedway a significant growth platform by expanding our retail presence to 23 states throughout the East Coast and Southeast,” says MPC President and Chief Executive Officer Gary R. Heminger, in the release.

MPC is the fourth-largest oil refiner in the U.S. Its gasoline is sold through approximately 5,300 stores across 19 states.

WALTERBORO, S.C. — SCV Oil LLC recently purchased Rhodes Oil Co. Inc. during its first acquisition, according to a press release. The acquisition allows the new company to expand its reach in the Southeast.

“Being totally new to the fuels distribution industry in the United States, we needed to acquire a company that would provide us with a complete turnkey operation, including systems and experienced personnel. Rhodes Oil really met our needs in this regard,” shares SCV Oil co-founder Daniel Rafael in the release.

“With the experienced Rhodes Oil team, we look forward to assessing new acquisition opportunities in the very near future,” he adds in the release.
Rhodes Oil was founded in 1945 in South Carolina.

“[Rhodes Oil] was one of the defining elements of our family for so many years,” says Bob Smith, Rhodes Oil CEO, in the release. “After much deliberation and soul searching, we all agreed that the time was right to professionally sell the company and turn the page to a new chapter of our lives.”

The 2015 theme was “Passport to Progress.” Attendees received an itinerary and passport giving them access to any demo, tool expert, presentation or event.

“The annual Performance Challenge allows our dealers an opportunity to develop sales skills, explore new product offerings to diversify their product mix and a social atmosphere that allows the free exchange of ideas,” says Bo Ryan, president of Performance Films Distributing and 44Tools.com, in the release.

Visitors from 39 countries and regions were represented at the December 2014 show. They represented a six percent increase over 2013.

The countries with the most attendees were Taiwan, Korea, Russia, Malaysia, Turkey, Iran, United States, India, Japan and Thailand.

“I’ve got a lot of good distributor contacts here and have met quite a few companies from China and throughout Asia,” Attendee Bernard Schwartz, export sales with ISA GmbH from Switzerland, says in the release. “The Chinese market is building up and there are a lot of opportunities here. There will be more and more potential as people’s attitudes to distribution networks here continue to get better.”

The 2015 show is scheduled for Dec. 2-5, 2015, at the National Exhibition and Convention Center in Hogqiao, Puxi, Shanghai.

DENVER, Colo. — Mark VII Equipment Inc. has hired Jim Rennie for its direct sales team, according to a press release.

In his new position Rennie is responsible for service, chemical and equipment sales throughout Georgia, North Carolina and South Carolina.

Based in Atlanta, Rennie has 16 years of experience shared between A.C.E.S., Ryko Solutions and Hill & Foss.

“We welcome Jim to the Mark VII team,” says Ryan Beaty, executive vice president of sales at Mark VII, in the release. “His wealth of experience and in-depth knowledge of the Southeast region will be [great assets] to continuing our growth in this important market.”

BIRMINGHAM, Ala. — Motion Industries’ chairman, Bill Stevens, has announced plans to retire after 37 years, according to a press release, effective March 1.

Stevens and Breen have worked together to ensure a smooth transition. “Tim brings significant experience and skills to lead Motion Industries,” says Stevens in the release. “It will be exciting to see the future as Tim and his management team continue the wonderful tradition of our company.”

Stevens became director of human resources with the company in 1978, and he was named president and CEO in 1997. During his leadership Motion Industries’ sales grew by $3 billion, and it completed 28 acquisitions.

Stevens received numerous awards including Genuine Parts Company Manager of the Year in 1997 and 2006. He also earned the 2014 Bearing Specialists Association Award.

GLENDALE, Ariz. — Proto-Vest Inc. has named George “Mick” Hayden as its general manager, according to a press release.

Hayden has more than 30 years of experience in manufacturing, engineering, marketing and quality control. He previously served as general manager at Amphenol Advance Circuit Technologies.

“We are delighted to have ‘Mick’ join us and add his talents to our team,” shares Proto-Vest President Chris McElroy in the release. “Building on the legacy begun by our founder ‘Mac’ McElroy, we look forward to future growth and expansion while continuing to provide our customers with the expertise and support they have come to expect.”

Proto-Vest stands for prototype investments. It “specializes in the development and manufacturing of air drying systems, primarily for the carwash industry.”

“We welcome Regi to our team and feel that with his software project management background and experience, he will greatly benefit SONNY'S and help our customers grow their businesses,” says SONNY'S CEO Paul Fazio in the release.

“I've always had a passion for growing businesses, and with SONNY'S, I have the opportunity to grow a business line within the company and at the same time help carwash owners to grow and better understand their businesses,” shares Flanagan in the release.

MENDOTA HEIGHTS, Minn. — General Pump has added Nick Viestenz to its outside sales staff, according to a press release.

Viestenz has been with the company for 12 years. He spent two years in General Pump’s service department, three years in research and development, and the past six years in customer service/inside sales.

Viestenz has knowledge of pumps and their uses in pressure wash, vehicle cleaning and industrial applications.

Chemicals: Bug off: the basics of insect removal