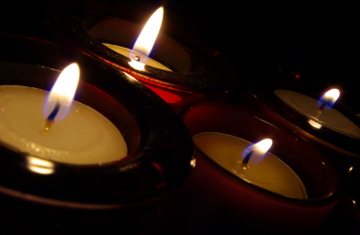 ALBUQUERQUE, NM ― We here at PC&D are saddened to report on the passing of John Jurkens, the founder of Octopus Carwash.

According to a posting on the Octopus Carwash Facebook page, Jurkens was 90 years old at the time of his passing, which occured on Jan. 7.

Jurkens was born in Sterling, IL, and volunteered in the Army Air Corps following the attack on Pearl Harbor. He then served four years in World War II and was eventually a pilot of B-24s and B-17s and flew 36 missions over Germany. He also served as a captain in the Korean War.

After marrying Alice Yarde in 1946, he pursued a career in advertising art. In the 1960s he got involved in the carwashing industry, where he became a noted pioneer, eventually opening a chain of carwashes in New Mexico, Wisconsin, Arizona, Colorado, Florida and Illinois.

Jurkens was named to the International Carwash Association Hall of Fame. He leaves behind his wife, his four children and their spouses, and three grandchildren.

In the guest book section of his obituary, which can be found here, an Octopus employee wrote:

I have been with Octopus now since 1972, starting as a cashier , learning so much and taking on new tasks over the years. The man I worked for cared very much about all of his employees, I recall, I had only been working as a cashier for a short time and was not used to standing for long periods of time so I had taken my shoes off, Mr. Jurkens saw this and told my supervisor, "you had better give this girl a raise so she can buy some shoes." There are so many special memories,and kindnesses, it would be too long to list them all here. When my office was at Central, most mornings, Mr. Jurkens would come in and say "Good Morning" and we would chat a little about news and politics; I really missed him when my office was moved.

Octopus Car Wash has always been a good and reliable place to work, especially for people like me who just need someone to give them a second chance. My family and I are very grateful for Mr. Jurkens and the empire he built during his life. This job has put clothes on my back and brought food to the table. I will always be proud to have been a part of a company like Octopus Car Wash. My thoughts and prayers are with the family and loved ones of Mr. Jurkens. The world has lost a good man. Heaven has gained a noble spirit.