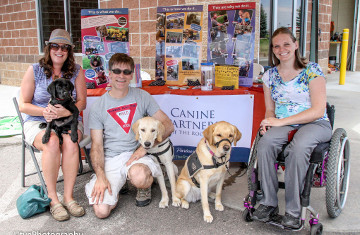 DENVER, Colo. — During its “Wash for a Cause” season, Kwik Car Wash raised $7,629 through eight fundraiser carwashes for local charities, according to a press release.

During the fundraiser events, the carwash donated half of its sales to the benefiting organizations. Volunteers also vacuumed and towel dried vehicles for additional donations. Some organizations hosted bake sales, BBQs and raffles, said the release.

“Thank you would not express how overwhelming it is to see our customers and communities helping each other every year!” stated Kwik Car Wash President Aaron Green in the release. “This year, alone, our customers helped raise almost $8,000!”

In addition to the annual program, the carwash offers a coupon program to nonprofits year-round, noted the release.

Kwik Car Wash is a locally-owned and operated tunnel carwash.