Looking ahead to 2014 - Professional Carwashing & Detailing 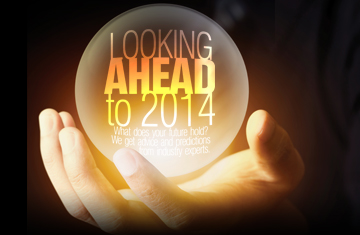 A new year is here, and with that, new economic and weather forecasts, new plans, and new products and trends. And, according to experts in the field, the economy is making a slow, but steady comeback, the weather looks to be unsystematic, and product and equipment trends seem to drift towards how to bring in more customers and wow them offerings.

As for the economy, a cnbc report released in September stated: As business leaders start laying plans for 2014, how much help can they expect from the economy? Well, the good news is things are expected to get better. But a survey of economists says GDP (gross domestic product) growth will only inch up to about 3 percent versus the recent 2.5 percent pace.”

And, according to a November article printed in the New York Times, “The American economy grew at an annual rate of 2.8 percent in the third quarter, significantly better than economists had expected and the fastest pace this year. … Since the recovery began in 2009, quarterly measures of annual economic growth have averaged about 2.25 percent, well below the typical recovery rate. Many economists expect the fiscal fallout to ease in 2014, but forecasts of faster growth just around the corner have proved premature for years.”

So, what does that mean for business owners? Between the Affordable Care Act, and the “slow-paced” growth of consumer confidence, it looks as if 2014 will be a bit tricky, but encouraging, and all owners should plan accordingly.

Predictions from the International Carwash Association®

According to Eric Wulf, CEO of the International Carwash Association®, 2013 was a year of grown and  2014 will benefit as a result. “From an industry perspective, our view is that 2013 has been a year of growth for carwash operators and suppliers. We've seen growth in equipment sales, wash counts and ticket averages. Though mostly in the lower single digits, recovery and growth appears steady.”

In the short term, which Wulf said describes the upcoming year, car counts will be most impacted by the weather. “As for the economy, it remains to be seen how businesses and consumers react to ‘Obamacare,’ amongst other economic risks. Overall, I'd say that the future is cloudy but that the industry's own fundamentals are improved.”

Since five years ago, when the industry was hurt by economic turmoil, Wulf said he has seen things go from bad to better. “Since then [2008], I believe the industry as a whole — operators and suppliers —find themselves in a much better cost position, having gone through dramatic down- or right-sizing during the economic contraction. We've also seen more acquisitions and mergers during this five-year period than we saw in the previous five years; and I expect this to continue for the foreseeable future.”

As for his advice towards car care business owners looking to make some changes to their business in 2014, Wulf said, “Do so with an eye toward total cost of ownership and return on investment, so as to limit your exposure in terms of pressure.”

What owners are planning for the upcoming year

David Begin, the operating partner and principal owner of a chain of carwashes in Colorado Springs, said for 2014 they are adding new centralized vacuums, lava and bubblizers and new vending machines.

“We passed a five to six year milestone and we wanted to ensure that our washes were perceived by our customers as ‘up to date’ with the latest offerings,” Begin said. “We are also seeing some competition enter our market.”

Begin also said they had to see where some of their customers were “unsatisfied” and make sure the proper changes were and are being made. “Our vacuum area was constantly full and many customers left upset when they could not vacuum,” Begin said. To fix that, they decided to focus their efforts on installing a centralized vacuum system. He said they also analyzed where time was being wasted by their employees.  “We were also selling vending items inside our customer service area, which meant our employees had to stop what they were doing to sell a $1 air freshener.  It wasn’t effective use of their time.” So, to fix that, for 2014, they have decided to install new vending machines.

Also, in an effort to implement a “wow” factor, Begin said they are installing foam and wax arches which will to be offered in their top packages. “We want to increase the amount of ‘show’ products for those customers and encourage our other customers to try the top packages,” he said.

One detailer out in Maryland said they plan to go completely green at their Divine Hands Car Wash and Detail Shop. The owner said he started researching ways to clean cars effectively while reducing the amount of water used. “Initially, I was a little reluctant, but I am always willing to try something different.  I decided to invest in a waterless product. I figured it was worth a try. I experimented with my car first and I loved the result.”

What carwash manufacturers and suppliers predict

Business owners looking to upgrade or add on next year should take heed that products are being offered to save energy, and attract or retain customers, aka adding in the “wow” factor. They are also adding in equipment that makes things easier for the customer, ultimately making their carwash visit as easy and convenient as possible.

Dale Reynolds, president of Carolina Pride Carwash, Inc. said theywork with many different market segments and see various investments being made by operators. “One of the most common investments we are seeing is in new and updated pay stations and meter boxes. Operators are wanting more and better reporting capabilities in addition to easier and faster credit card and loyalty card processing. These investments are driven to make it easier for customers to do business with the operators.”

According to Brent McCurdy, president of Blendco Systems, the industry is in more of an
“enhancing” stage of the industry thanwe are in an overhauling phase. “Of course you will always have some of both,” he said, “but things seem to be leading toward upgrades, improvements, innovations and cost savings verses complete replacements. The specifics around enhancing include the addition of revenue-generating options like hot wax, bubble presoaks and the like.” As for green trends, McCurdy said people are looking more at reclaim and ways to save money and resources.

Reynolds said they are also noticing the addition or modification of extra services to raise revenues through higher ticket averages. “Today more efforts are going towards driving revenues,” he said. As for green initiatives, he said most of the green investments they see currently is with the replacement of existing lighting with LED fixtures (see related article here).”

As for offering the “wow” factor, Brent said the hot wax category has spawned an entire rainbow of varieties and twists. “Customers can drive through and see bubbles and lava and hot and cold and yellow and green and blue and red. The creativity and marketing that has gone along with this notion has created fun, innovative and functional twists that have many operators bringing fun back to carwashing. Look to see variations of these same ideas and chemistries in the automatic and self- service categories going forward.”

The good news for business owners is that while the banking industry is switching gears. “The banking industry called the notes on many profitable washes and stopped lending to many life-long customers, according to Reynolds. “This slowed investment for several years. Banks are lending again and many operators are taking advantage of the still low interest rates to make improvements and update existing sites. If you compare our industry to others like the petroleum industry; car wash operators are slow to reimage their business.”

The industry over the past five years has settled in a little bit, said McCurdy. “Five years ago, we were dealing with huge economic swings….  It made planning very difficult because you couldn't predict your sales and couldn't predict your costs. Things today are more predictableandmore consistent, and the changes that we are facing are a bit more manageable. “

While most operators are looking to enhance their existing sites in 2014, according to Reynolds, he added that he is also seeing more activity with new construction again. And, while an upswing in the economy is good for your business, it can also mean an upsurge in competition. “It is important for every business owner to watch and monitor what is happening in their industry and local markets. Those who see opportunities and lead are usually the winners in the market. That may be a business model conversion or a site upgrade.”