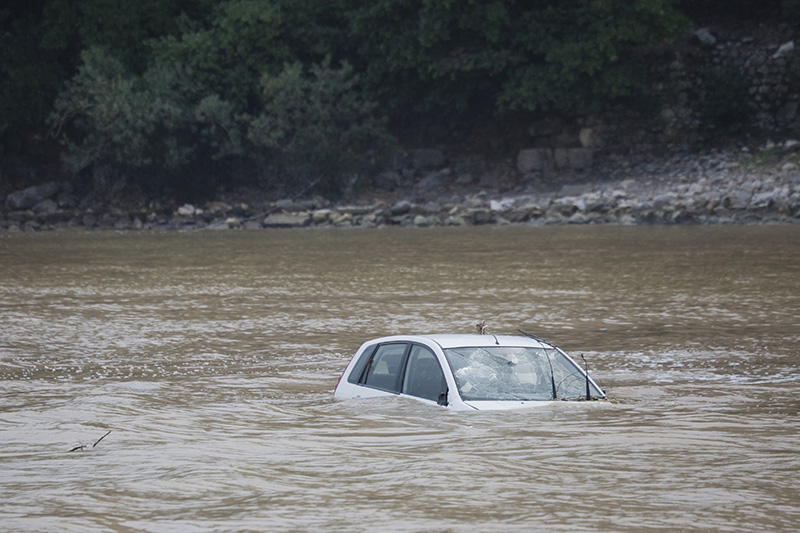 CHENGDU, China — A scheme to save money went awry.

CHENGDU, China — According to www.ecns.cn, firefighters had to rescue a man after he attempted to wash his million-yuan ($146,000) SUV in a river to avoid paying for a carwash.

The man drove his Land Rover into what was a shallow river outside Chengdu when the floodgates suddenly opened upstream, releasing a wave of water, the article continued.

The man escaped to higher ground and called police after the vehicle became half-submerged in the water, the article added.

Rescue crews found the man stranded on an islet in the middle of the river, the article noted.

Firefighters used a rope and harness to walk the man safely through the swiftly moving, knee-deep water in a 10-minute rescue, the article stated, and the crew also managed to pull the SUV from the river.

The man later told the crew he had tried to wash his car in the river in order to save 20 yuan ($2.50) for a proper carwash, the article concluded.

Man tries to use river as carwash