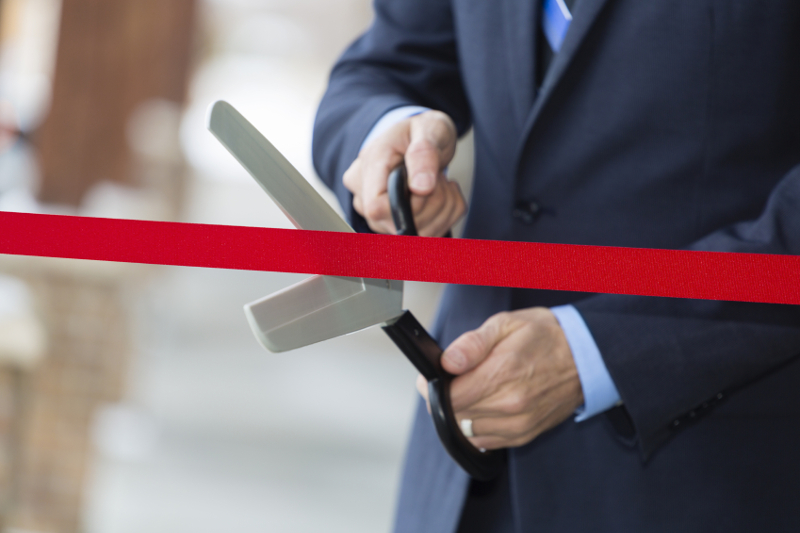 This week we cover grand openings, industry recognition and a retirement.

This week we cover grand openings, industry recognition and a retirement.

IDAHO FALLS, Idaho — According to an article posted on EastIdahoNews.com, the new Pony Express Car Wash measures in at 7,500-square-feet and features a 230-foot conveyor, making it the longest carwash in eastern Idaho.

Located at the corner of Yellowstone Avenue and Sunnyside Road in Idaho Falls, Idaho, the carwash opened on Oct. 4 with a planned ribbon-cutting ceremony on Oct. 10.

“There seems to be a lot of excitement about this carwash,” said Kyle Benson, one of the managing partners for the business.

This new conveyor carwash location is the second Pony Express Car Wash in eastern Idaho, with the other in Chubbuck, added the article.

The new Pony Express Car Wash is at 3330 Yellowstone Ave. in Idaho Falls and its hours of operation are from 7 a.m. to 8 p.m. Monday through Saturday and from 9 a.m. to 6 p.m. Sunday, concluded the article.

AMSTERDAM, The Netherlands — According to a press release from the International Carwash Association (ICA), Suzanne Huisman of Belgium’s carwash association (BBRV) and Brian Madderson of the UK’s Car Wash Association (CWA) were honored on Sept. 18 at an awards dinner hosted by ICA at Car Wash Show Europe.

Huisman and Madderson were recipients of ICA’s Distinguished Achievement Award, which recognizes unique and exemplary contributions to the carwash industry, noted the press release.

According to the association’s press release, Belgian and British markets have been plagued by criminal activity at illegal hand car wash locations, many of which were involved in tax fraud, unsafe working conditions and human trafficking.

However, continued the release, thanks to Madderson and Huisman’s leadership, their respective associations have played a major role in gaining the attention of authorities and improving conditions for workers and communities.

In the UK, the CWA has played a role in the creation of the Safe Car Wash App, allowing customers to report questionable situations at illicit hand washes throughout the country, added the release.

In Belgium, the BBRV has been similarly tenacious and vocal about the issue, noted the release, championing regulations to block illegal wash sites and educating operators and the market about the many serious ongoing violations.

Under Huisman’s leadership, concluded the release, the BBRV is developing a certification program to recognize truly professional carwashes and help customers identify them.

Woody started working at Proto-Vest part-time at the age of 12, stated the press release, and during his 36 years he contributed to the company’s success in all facets of the business as plant manager, president and CEO, and personally holds nine patents.

“Woody’s ‘Institutional Knowledge’ will be greatly missed and we wish him all the best on his next adventure in life,” said Jeff Reichard, who was appointed as the company’s president, effective in July. “Proto-Vest is one of those rare family-owned businesses to have revolutionized the carwash industry through their drying technology. I am a fixer and a grower of companies that have value. I am very excited, and grateful in the way our employees and customers have embraced our new vision with passion.”

According to the press release, the company has also announced that Simon “Buddy” Blattner will continue in his role as general manager of the company focusing on improving drying technology and product direction.

“We are very fortunate to have an experienced multifaceted executive in Buddy at Proto-Vest. During these last three months, Buddy has performed beyond my high expectations in contributing, leading and implementing our vision to drive product direction, innovation and a new customer friendlier approach at Proto-Vest,” said Reichard.

FREMONT, Neb. — According to an article by the Fremont Tribune, David and Julie Shaner held a ribbon-cutting ceremony on Oct. 4 for a new Tommy’s Express Car Wash in Fremont, Nebraska.

Located at 2323 E. 23rd Ave., stated the article, the carwash is ready after nine months of construction.

According to the article, David Shaner said his interest in opening up a carwash started after a friend told him that he had difficulty finding somewhere to wash his car with fast service.

“This really brought my focus to the need for an additional carwash in Fremont,” David said. “And that just led us down the road to discovering the Tommy’s Express business model and thought it was a great opportunity to bring that to a carwash.”

During the ribbon-cutting ceremony, continued the article, Mayor Scott Getzschman took his car through the wash before making a speech.

As noted in the article, the couple planned several free wash and grand opening-related events leading up to and after the ceremony.

“Each day, we’ll be honoring a different group of heroes with a free carwash,” Julie said prior to the ceremony.

“The point of the whole week of events is just to reach out to everyone in the community to make sure they’re aware that we’re open and we’re washing cars and they can come and experience what our carwash is like,” David said. “Because it’s a different carwash than most people have been to because of the design of the building.”

According to the article, this conveyor carwash features a 130-foot express exterior model carwash with a dual conveyor belt system.

SUTHERLAND, Iowa — A double-bay automatic carwash, Wash Me Inc., opened on Sept. 13 in southwest Sutherland, Iowa, along the south side of Highway 10, according to an article on www.nwestiowa.com.

According to the article, the facility also features a hand-wash bay to service larger vehicles and trucks.

“The community needs it,” co-owner Kevin Zubrod said of the carwash. “The one that was in town got shut down.”

Construction began on June 6 and Zubrod noted that the process to open has gone smoothly overall, continued the article.

“We had to wait for some permits to cross the highway for water and sewer, but really, everything has gone very good,” Zubrod said.

According to the article, coins, cash and debit or credit cards can be used in the automatic and hand-wash bays, and the facility is planning to be open 24/7.