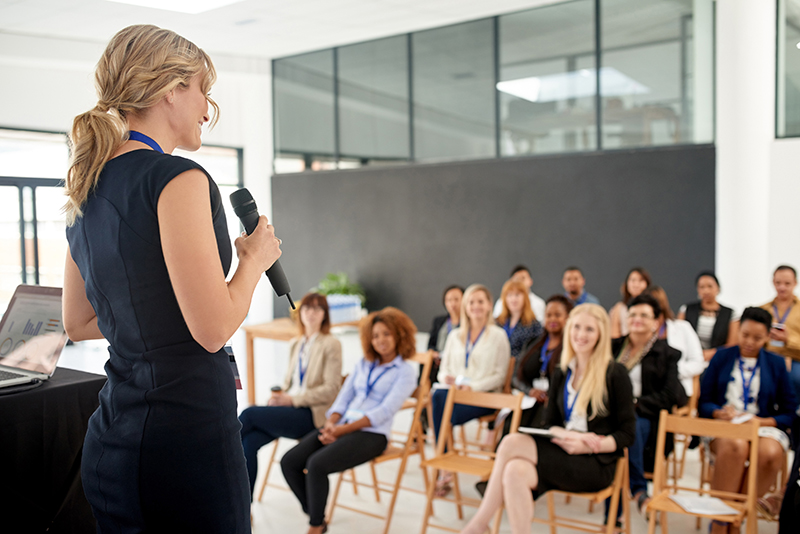 This week, we cover the first upcoming Women in Carwash™ conference, a new website, a grand opening, a charity recap and a company milestone.

First Women in Carwash™ conference to be held in Niagara Falls, Ontario

WINNIPEG, Manitoba — Convenience & Carwash Canada has announced the first-ever International Women in Carwash™ conference, according to a press release.

In the ever-changing and competitive landscape of the carwash industry, women are quickly     becoming an integral part of successful carwash organizations, the release continued, and today, 20 percent of the leaders in the carwash industry are women.

This conference is an opportunity to learn how this change has impacted today’s industry and to promote continuing professional growth for women in all positions in the convenience and carwash industry, the release noted.

“As a woman-owned company, Convenience & Carwash Canada is especially pleased to host the Women in Carwash™ conference,” notes publisher Brenda Jane Johnstone. “The impact and leadership of these women can be found in many facets of carwash organizations — from ownership to site management. This conference will open doors to further growth.”

Convenience & Carwash Canada magazine will recognize, celebrate and support this growing trend by hosting the first ever Women in Carwash™ conference from April 29-May 1, 2019, at the Marriott on the Falls in beautiful Niagara Falls, Ontario, Canada, the release stated.

This premier event is the first conference of its kind and will offer a variety of networking opportunities, educational sessions and workshops, the release added.

Conference attendees will include those who have demonstrated leadership and acquired technical expertise on carwash systems as well as those interested in learning more about managing and running carwash businesses from their peers, the release stated.

The professional cleaning system for vehicle floor mats cleans and dries both rubber and carpeted mats in seconds, the release continued, making it a favorite of motorists and business owners around the globe.

“Manufacturing a superior floor mat cleaner has brought us recognition in the carwash and car dealership industry for providing an automated solution for a once manual labor intensive process,” said Lee.

The new website provides a complete resource for the company’s mat cleaning machines, with product information, specifications and the features of each eco-friendly model to assist business owners in choosing the best solutions for their individual needs, the release noted.

The new website and Rhino-Mat online store is a valuable resource for companies that want to add a state-of-the-art mat cleaning machine to their company’s services, the release concluded.

ST. LOUIS — With an enthusiastic crowd in attendance, Waterway® Carwash held a grand opening and ribbon cutting celebration July 19th for the first Waterway Express in St. Louis at 2261 S. Kingshighway, according to a press release.

“I want to thank everyone who helped make this big day possible,” said Bob Dubinsky, president and CEO of Waterway Carwash. “The first Waterway Express is an exciting concept, and we are committed to delivering a great Waterway experience for our customers.”

Joining Dubinsky during the event were Henry Dubinsky, founder of Waterway; Lewis Reed, president of the St. Louis Board of Aldermen; Jacob Hummel, senator for District 4; and Steve Conway, chief of staff for Mayor Lyda Krewson, the release noted.

Prior to the ribbon cutting, Conway read a Mayoral Proclamation declaring July 19-22 “Waterway Express Week” in the City of St. Louis, the release stated.

Representatives from Hill 2000 and the Southwest Garden Neighborhood Association also participated in the event, the release noted.

In celebration of the first Waterway Express, free carwashes were offered to the public throughout the weekend of July 20-22, the release added.

The Waterway Express, featuring a double-tunnel concept, is the first Express to open in the five cities Waterway serves, the release continued.

Providing busy people with the convenience of an efficient carwash, the drive-through carwash features a high-capacity wash, multiple self-vacuum stations and competitive pricing, the release noted.

Waterway invested $4.5 million in improvements to the site, which includes bioretention basins as well as LED lighting for the entire facility and an estimated 20 jobs are being created, the release concluded.

COLORADO SPRINGS, Colo. — After hosting eight fun and successful charity washes, Wild Blue Car Wash was able to help raise a total of $11,107.30 for its surrounding schools and non-profits, according to a press release.

On event days, Wild Blue Car Wash donated 50 percent of its wash sales to the organizations, while the charity volunteers vacuumed and dried vehicles for additional donations, the release continued; some groups also sold baked goods and refreshments.

“We are excited to partner with our local high schools and youth organizations to help them raise money for their activities,” expressed Wild Blue Car Wash President David Begin. “We would not be able to do this without our customers — we have the best customers in the world. We would like to thank everyone who came out and supported these local youth organizations. This was our biggest charity wash season so far.”

The current version is the IQ 2.0 and is offered in a touch-free and soft-touch format, the release continued.

Jerry Canfield, the firm’s chief technology officer, stated, “The IQ was developed as a highly intelligent platform, including its sophisticated performance tracking capabilities. Being able to monitor and track all facets of equipment activity provides owners and our Tech Support Team with important real time information.”