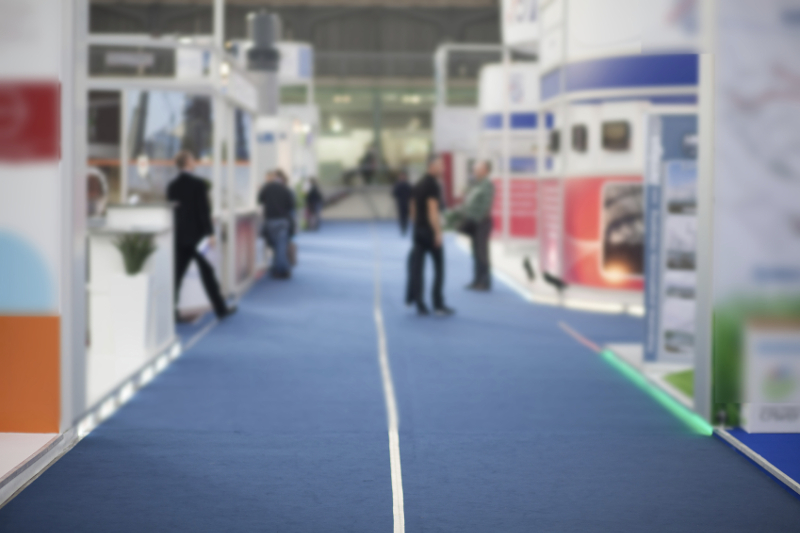 In this week’s Market Focus, we cover an upcoming Automechanika trade show, a new hire and two grand openings.

HO CHI MINH CITY, Vietnam — Automechanika, one of the largest industry-leading automotive exhibitions in the world, is landing in Ho Chi Minh City, Vietnam, from March 15-17, 2017, according to a press release.

The organizers of the fair announced mind-blowing show updates, the release added; since its initial launch in September 2016, the show has been receiving overwhelming responses — over 90 percent of exhibition space has been reserved, and the rest is selling fast.

Multiple numbers reflect that the automotive business in Vietnam is growing quickly, the release noted.

The country, being named as one of the next automotive frontiers, has experienced a sales boom in recent years, the release stated: Over 133,000 units of vehicles were sold in 2014, while close to 245,000 units were traded in the following year.

2016 was another record-breaking year; Vietnamese consumers bought over 304,000 cars, there was a 32 percent advancement on the sale of Vietnam-made automobiles, and there was a five percent year-over-year increase on the number of import units, the release stated.

In response to the promising market in Vietnam, the global automotive industry has shown positive reactions to Automechanika Ho Chi Minh City, the release added.

Mr. Steven Chen, manager of Chan Chao International Co. Ltd., highlighted the impressive responses from the Taiwan market. “The Taiwan External Trade Development Council (TAITRA) and seven industry associations are leading 60 Taiwanese-owned companies to exhibit in a 1,200 square-meter space, [which] reflects the value of the Vietnam automotive market. Taiwanese companies are outstanding in auto parts manufacturing with high market receptiveness in Vietnam. Automechanika Ho Chi Minh City is an unparalleled platform for Taiwan manufacturers to further the reach of their business networks with Vietnam buyers.”

Ms. Fiona Chiew, deputy general manager of Messe Frankfurt (Shanghai) Co. Ltd. expressed her gratitude for the exhibitors’ support. “Response from the market is encouraging, and it is not surprising to me as we have been seeing substantial growth of the Vietnam automotive industry in the past years.”

She added, “The influx of feedback tells us the industry is highly confident in the Vietnam market. I am pleased the fair has received robust support from exhibitors from around the world.”

Automechanika Ho Chi Minh City is one of 16 shows under the world’s leading trade fair brand for the automotive service industry, the release concluded.

DE PERE, Wis. — Cleaning Systems, Inc. (CSI) announced the hiring of Dr. Sangwook Lim to the position of research scientist in its Research and Development Lab, according to a press release.

Dr. Lim, from Chicago, Illinois, has over seven years of experience in experimental and theoretical work related to colloid surfactant science and nanotechnology, the release stated.

As a chemical engineer and surface scientist, the release continued, Sangwook has dedicated himself to the study of surface science, interfacial phenomenon and polymer chemistry.

Dr. Lim said, “I’m very excited to be a part of the CSI family. I firmly believe that my research experience and skill-sets as well as my hardworking and team-oriented personality can bring value to CSI. I look forward to developing and improving our valuable products to continue making CSI an industry leader in quality products and technological innovation.”

Dave Krause, president and CEO of CSI, stated, “We are excited to have Sangwook join our CSI team with his years of experience as a chemical engineer and surface scientist. We are looking forward to new and exciting ideas Sangwook will bring to our products.”

Questions about Dr. Lim’s hiring should be directed to Chris Ciechanowski at (920) 337-4400 or via e-mail at [email protected].

Anytime Shine Car Wash is a state-of-the-art carwash, the article stated, featuring a vehicle profiling system, spot-free rinse imbued with drying agents and the best dryers on the market.

Owner Nick Dobbs said, “[The dryers] pass back and forth over your car twice during the cycle. However, mechanical dryers are only able to get about 85 to 90 percent of the water off your car. That’s where our drying agents come in. Once you leave the wash bay and head down the road, the drying agents that we’ve added to the spot-free rinse will ensure that your car will be dry in just few minutes and you won’t have spots.”

Anytime Shine features different bays, including one with a touch-free laser wash and one with a soft-touch tandem brush wash, the article noted.

In addition, the wash offers four different packages available in each bay, the article stated.

Anytime Shine features one other unique aspect. “We run all of our water through a water softening system,” Dobbs said. “Softening the water makes it do a better job of cleaning your car. Next, we run it through a huge boiler to get it good and hot. Many automatic car washes don’t use hot water, but we do because hot water is the best for removing dirt.”

Meagan Matura Barnes, vice president of the Gallia County Chamber of Commerce, gave remarks at the grand opening ceremony and welcomed Anytime Shine as a member and a new business in Gallia County.

Owners Austin Harrah and Doug Dayhoff said they have seen a need in the community and have been talking about building a carwash for some time, the article noted.

“We also wanted to spruce up an area of the town that’s a little more run-down,” said Harrah.

Harrah added that the pirate theme is something that has always been fun for them, the article noted.

For instance, a pirate greets customers at the entrance to the laser wash bay, which offers four different touchless carwashes, the article stated.

“The children like it, and it makes it more unique,” Harrah said.

Dirt Captain has two self-serve bays and one touchless in-bay automatic, which offers four types of washes, each named to fit with the theme: Seven Sea’s Treasure ($8), Dirt Captain’s Classic ($9), The Jolly Roger ($10) and Caribbean Dream ($12), the article added.

The grand opening will offer hot dogs and drinks, the article stated, as well as a $2 discount on any wash between 10 a.m. and 4 p.m.; Dirt Captain is open 24/7.

Dayhoff noted that the project began in September and that they plan to offer more vacuums and vending machines in the future, according to the article.

“The community has embraced us and things are going well so far,” Harrah said.