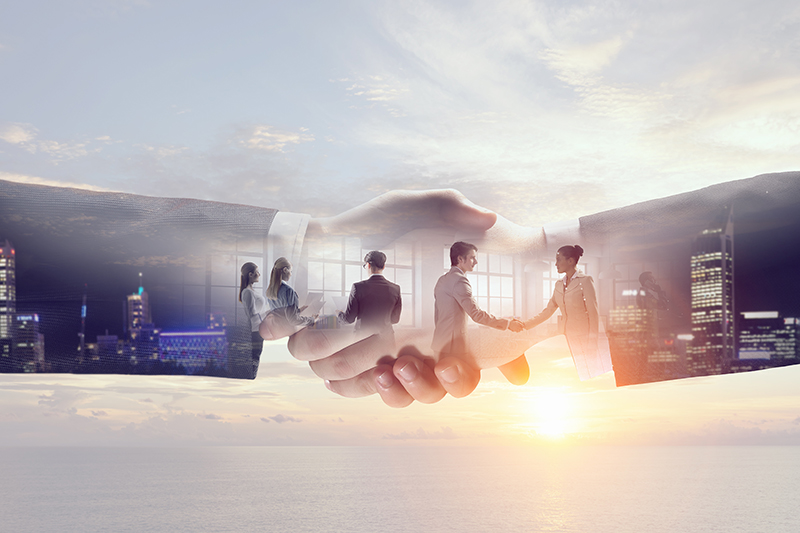 In this edition of Market Focus, we cover the new carwash coalition, N1 Buying Group; an acquisition; a grand opening; carwash construction; a name change; a new hire; a charity donation; and an award.

N1 was created to provide value and improve profitability by leveraging the collective purchasing power of its members, the release continued; additionally, the N1 Buying Group establishes a platform of growth for suppliers, while facilitating a best practices forum for large operators and independent distributors in the carwash industry.

“We have an extremely fractionalized industry with significant changes taking place, and there is no voice for independent distribution.” explained Chuck Howard, CEO of Autobell. “So members and suppliers are joining forces to form N1 Buying Group to coalesce and increase our buying power and improve our respective profitability.”

N1 Buying Group is a membership organization governed by a board of directors and managed by the consulting firm Buying Group Services, the release added.

The group will hold an annual meeting to provide networking and educational opportunities and further the organization’s goal of improving products and supply chain processes, the release noted.

Financial benefits of membership include supplier rebates and the options of centralized negotiations on major product categories, improved payment terms and central billing for improved invoicing and payment processing, the release stated.

“For a supplier to have access to a forum wherein buyers operate with a common purpose is a tremendous opportunity for growth,” stated John Gannon, general manager of Howco Inc. “The benefits to the supplier are clear: security of payment, market intelligence, invitation to an expanded marketplace and the reduction of sales, marketing and travel expenses.”

TUCSON, Ariz. — Mister Car Wash has expanded its presence in Alabama with the acquisition of Car Wash Express, consisting of seven express locations in the greater Huntsville market, according to a press release.

“Adding Car Wash Express to the growing Mister family gives us an opportunity to showcase our brand to the greater Huntsville market,” said Casey Lindsay, vice president of mergers and acquisitions. “We welcome aboard our new team members from Car Wash Express and look forward to continued growth.”

With this latest acquisition, Mister Car Wash now operates 244 carwashes in 21 states, including 10 locations in Alabama, the release added.

DAYTON, Ohio — Mike’s Carwash has officially opened a second location in Centerville and is ready to make double the splash in the community, according to a press release.

To celebrate the grand opening, Mike’s will host a Free Ultimate Wash Weekend, the release continued; any customer who visits the new Mike’s location from Sept. 15-17 will receive an Ultimate Wash free of charge.

The Ultimate Wash is a $20 value and a Mike’s Fan Favorite that includes FastWax, wheel bright, underbody and tire shine, the release noted.

“We could not be more excited about our second Centerville location and to host a Grand Opening Free Ultimate Wash Weekend,” said Mike Dahm president of Mike’s Carwash. “We love our grand openings because not only do we get to ‘WOW!’ our customers with outstanding customer service, but we also have the opportunity to raise money for local non-profit organizations.”

Oak Tree Corner provides a safe and caring community where children and teens from the Greater Dayton area can learn to deal with the grief from the death of someone important, the release concluded.

Carwash to open this fall in Valley View

VALLEY VIEW, Pa. — According to www.republicanherald.com, a new self service carwash is expected to open in Valley View, Pennsylvania, in either October or November.

“We are ahead of schedule, notwithstanding all of the rain,” said Dave Frew who owns Hembiere Group LLC with his brother, Mark.

The site previously hosted a different carwash, but the Frews had the site razed and did their own excavation, the article stated.

Frew said that such things as the name and prices are not yet finalized, but the carwash could possibly come to be known as “Valley Car Wash” and have automatic wash prices starting at $5 and self-serve prices beginning at $1.50, the article noted.

The carwash will also have vending machines with air fresheners and other items, the article added, and the site will use a water reclamation system.

“Since there is no sewer, we have full reclaim — this is used for the wash cycles, and fresh water is used for rinse and wax cycles. Cars take about 30 percent of the water with them, so the fresh water is needed to keep the process current,” Frew said.

Furthermore, while sidewalks were not part of the original plans, Frew decided to add them, the article stated.

“Based on how our approval was granted through zoning, it could have continued without them. However, after seeing what it looked like after the building was located, we decided to change course and install them. It was just something we decided had to be done to make it look right for the community, regardless of the additional cost,” Frew said.

Forrest Herb, a neighbor to the carwash, initially expressed concerns about the carwash to the zoning hearing board; he originally asked for a buffer zone or a line of trees to be put up between their adjoining properties but has since changed his mind, the article reported.

“I expected something like what was there before, with old buildings. But it’s been built very well, and they cleaned up everything and have done a good job so far,” Herb said. “I asked them to just forget the buffer zone. Now, the view is much better and I can see the mountain. I don’t know how the other neighbor is, and I don’t know if he wants a buffer zone or not. I’m well pleased.”

“This new name better reflects the diversity of the company’s automotive service brands and continues to inspire its terrific growth trajectory,” remarked John B. Adams, GMI LLC president and CEO.

According to the press release, while its business name has changed, the company mission remains: “Driven to perform, so our customers and their vehicles can too!”

To celebrate the new name, added the release, FullSpeed Automotive hosted an Open House in September.

Mills, originally from Kingsport, Tennessee, received his bachelor’s degree in communications from BYU-Idaho and recently completed his MBA with a focus in marketing and international business at the University of Wisconsin – Oshkosh, added the release.

He has over 12 years of marketing experience developing strategies, campaigns and leading teams to deliver results, noted the release.

“I am excited to join the CSI team. I look forward to working with the amazing group we have internally as well as working with our distributors and customers nationally and internationally. CSI is a well-respected company and I’m eager to help develop and execute strong marketing strategies that ensure market share dominance while maintaining and expanding the strong brand image CSI and its products have established over the years,” Mills said.

Dave Krause, president and CEO of CSI, added, “We are very excited to have Moroni join our team at CSI and look forward to his contributions in our overall marketing strategy!”

CHARLOTTE, N.C. — During two weeks this past summer, according to a company press release, all 77 locations of Autobell Car Wash in five states donated $1 from the sale of every Manager’s Special carwash with Rain Repellent to the American Heart Association (AHA).

According to the release, the effort raised $9,812 for the AHA, which is the nation’s oldest and largest voluntary organization dedicated to fighting heart disease and stroke by funding innovative research, advocating for stronger public health policies and providing critical tools and information to save and improve lives.

GREENWOOD VILLAGE, Colo. — According to a press release, FullSpeed Automotive™ is pleased to announce that Grease Monkey Franchisee, Wayne Glasser, was honored at the International Franchise Association’s Annual Franchisee of the Year award ceremony in Washington, D.C.

Added the release, the award winner represents the very best of the Grease Monkey Brand and Franchise system.

For over 35 years, Glasser’s consistent high level of sales growth and multi‐unit ownership are an impressive model of achievement, but he doesn’t stop there, continued the release; he also goes the extra mile in supporting his fellow Franchisees as a Grease Monkey brand and owner advocate.

Glasser’s goodwill efforts include serving on Grease Monkey’s International Franchise Advisory Council as well as past Chairman of the Operations and Training Committees, concluded the release.