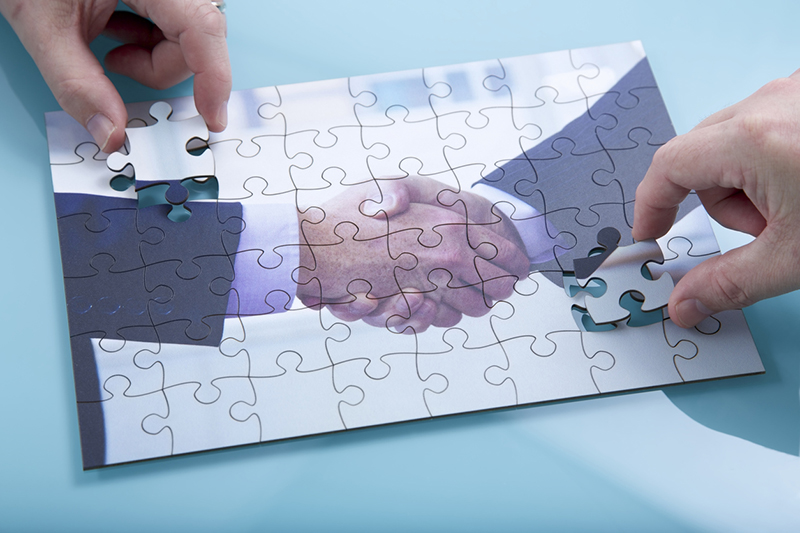 This week, we cover an acquisition, new openings and construction, a new service offering and charity events.

SHARONVILLE, Ohio — DuBois Auto Care group expanded its reach to include not only Blendco Systems and C.A.R. Products, but now also Prowash Australia, according to a press release.

Jeff Welsh, president of DuBois said, “We continue to advance our mission of growth through expansion of value-added solutions to customers in select market sectors around the world. To that end, we are very pleased to announce that DuBois Chemicals Australia Pty. Ltd. has acquired Prowash Australia Pty. Ltd.”

“ProWash has demonstrated year after year growth, as they control a huge portion of the Australian carwash market with service, chemicals, supplies and equipment. ProWash has been a powerful distributor partner for many years, and this will create a platform for further growth in years to come,” reported Brent McCurdy, president of the Auto Care Group at DuBois.

Prowash Australia was founded in March 1996 by Scott Bristow with a vision to provide superior customer service and supply only quality carwash equipment, parts and products to existing and future carwash operators throughout Australia, the release noted.

It has always been Prowash’s priority to develop and maintain strong, successful and positive relations with their customers, the release stated.

“The change has reinvigorated my passion for the carwash industry, and with the support of DuBois, I am confident we can make our industry even better. We are bringing together two strong businesses, and this will only enhance the existing Prowash contribution to the industry. DuBois, a globally recognized brand, is a leader in providing innovative chemical solutions to manufacture in a wide range of industries. DuBois and Blendco has been a key partner of Prowash and a major chemical supplier in our industry since our beginnings in 1996. Prowash now has a greater ability to grow further and introduce more products as the industry develops,” Scott Bristow, the CEO of Prowash Australia said.

Bristow will remain on board to run Prowash Australia with the same team as always, the release concluded.

BUDA, Texas — AUTEC Car Wash Systems is happy to congratulate Scott and Ginger Bryant on Brite and Shiny’s newest location, according to a press release.

The Bryants are the owners of Brite and Shiny Car Wash locations in Bastrop, Lockhart and, most recently, Buda, Texas, the release continued.

The Bryants are working on acquiring their fourth site, the release concluded.

The new location is slated to open in Spring 2019 and marks the company’s 20th store location opening, the release continued.

“We are thrilled to open our second Auto Spa Express location that will feature some of the most innovative carwash equipment in the country,” said Randall S. Simpson, president and CEO of WLR Automotive Group. “We look forward to introducing the Frederick community to our unique, state-of-the-art express carwash experience.”

This location will offer four different wash packages, including Super, Deluxe, Standard and Basic, the release noted; each wash package has the option of an Unlimited Monthly Membership, complete with a VIP Members-Only Express Lane.

The new location will include a 110-foot-long tunnel that can wash up to 200 vehicles per hour, drastically reducing customer wait time, the release stated.

In addition, this location has the most up-to-date features in the carwash industry, with free vacuums, clear roof design and LED lighting, the release added.

WLR Automotive Group will be rapidly expanding, opening additional Auto Spa Express locations throughout Maryland and Pennsylvania, including a second location in Frederick along the Rt. 26 corridor, the release continued.

The API will make it easier for carwash hardware and software developers to integrate their solutions with the Wash Systems operations management solution called the Operations Process Engine (OPEn), the release continued.

The first API released today will allow devices like motor control centers (MCC), point-of-sale (POS) and other systems to create alerts in the “Issue” management system of OPEn, the release stated.

Centralizing these alerts will assist customers in their efforts to track and resolve problems more quickly, the release added.

“The integration of multi-vendor systems is key to enhancing the overall usefulness of the various solutions that car operators utilize today,” said Wash Systems Co-Founder John Booth. “The carwash industry has many highly specialized hardware and software systems that provide great value to their customers. Unfortunately, since most of the existing systems operate in isolation from one another, the situation creates additional monitoring workloads and/or potential blind spots for our busy customers. We believe that integrating portions of these expert systems via APIs will increase overall data visibility and operational efficiency.”

COLUMBUS, Ohio — Moo Moo Express Car Wash announced the donation of $6,945 to the Volunteers of America of Greater Ohio’s Operation Backpack Campaign, according to a press release.

Monetary donations were collected at all 13 Central Ohio Moo locations from Aug. 10-12, 2018, and customers donating $5 received a coupon for a free “Whole Plus” carwash on their next visit, a $13 value, the release continued.

“Through the hard work and dedication of our staff and the extreme generosity of our customers, we were able to more than triple last year’s Operation Backpack Campaign donation,” said John Roush, CEO of Express Wash Concepts and founding partner of Moo Moo Express Car Wash.

Nationwide, the average cost to fill a backpack is $87 — an expense very few families living in shelters can afford, the release added.

This year in Central Ohio, more than 4,100 children received donated backpacks through Operation Backpack as they headed back to the classroom, the release noted.

“We are grateful to Moo Moo Express and its customers for helping put brand new backpacks filled with school supplies in the hands of more kids this year than ever before. With smiles on their faces, kids experiencing homelessness returned to the classroom with confidence and ready to learn,” said Debbie Gillum, marketing and digital communications specialist at Volunteers of America of Greater Ohio.

H2WOW donated 50 percent of its carwash sales from the fundraiser’s duration to the group, while band members and volunteers sold refreshments and vacuumed and dried cars for additional donations, the release stated.

BATON ROUGE, La. — According to www.businessreport.com, plans are underway to remodel the Benny’s Car Wash at Perkins Rd.

Justin Alford, whose family has owned the company since 1951, said that they have purchased the property behind the carwash and plan to double the number of vacuums to 28, expand the driveway space, update equipment and remodel the building’s façade, the article continued.

Alford said business has increased in the Perkins Rd. area as the corridor has been developed, and he wants the carwash better equipped to handle growing demand, the article noted.

The Gonzales location is also undergoing remodeling and upgrading, the article added.

For now, however, these are the only three projects planned for Benny’s immediate future, the article concluded.

RICHMOND, Va. — Janet Hogg and her husband Tom bought the carwash location at 6100 Nine Mile Rd. in June, according to an article on www.richmond.com.

The couple is rebranding it as Hogwash Express Car Wash while it undergoes renovations and updating for its opening in mid-September, the article continued.

Tom said the cost for renovations and upgrades was about 40 percent of what they would have spent building a completely new facility, the article noted.