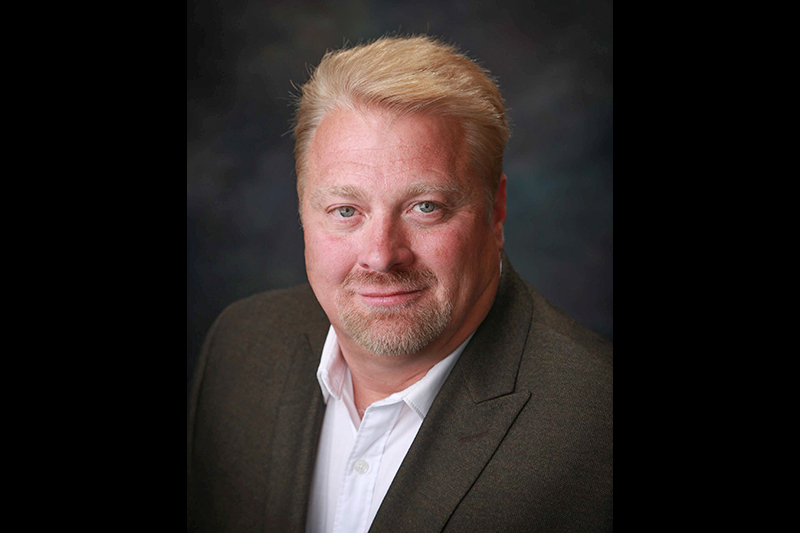 CLIFTON PARK, N.Y. — G&G Industrial Lighting announced that Ben Jamison has joined the team as director of business development, according to a press release.

Jamison most recently served as vice president of sales and marketing for Crystal IS, a manufacturer of high-performance LEDs, the release noted.

Prior to his tenure with Crystal IS, Jamison has held the role of vice president of sales for other electronics and lighting ventures, such as Savant Systems, VizionWare and Runco International, in which he worked to strengthen the brands and significantly accelerated sales, the release stated.

“I am very excited to be part of the G&G team, as their passion for offering quality, innovation and added value to their products — along with the overall strength of their organization — was a big attraction for me,” said Jamison. “G&G has just begun to tap into the potential markets for specialized lighting products, and I believe the sky is the limit for this company.”

“We are thrilled to welcome Ben Jamison to the G&G team,” said Jason Baright, president of G&G Industrial Lighting. “Ben has an impressive track record of exceptional sales leadership in advancing companies like ours to the next level, and we look forward to keeping his streak alive. In getting to know him, it is clear that he shares our core values and will fit right into our unique culture. We are lucky to have Ben on board.”

BERLIN — In addition to the growth in the number of exhibitors, UNITI expohas also secured four new cooperation partners for 2020, according to a press release.

Well-known partners, such as CECOD, CocaCola, CompetenceCenter, eurodata, GenussGARTEN, HACK, Lantzerath-Group, Lekkerland, PayTec, PMW, SONAX and Tank&Rast, will be joined by four new names — FRANKE, KÄRCHER, NSI and PDI — ensuring a wealth of knowledge and experience for the show, the release continued.

In line with the motto, “From the industry for the industry,” UNITI expoand its 16 cooperation partners continue to drive forward its success as the leading European trade fair for the petrol station and carwash industries and to provide worldwide market access through its national and international representation, the release noted.

Together, the cooperation partners represent all areas at UNITI expowith a high degree of expertise: technology, payment and logistics; carwash and car care; oil companies and fuel retailers; and shop and convenience, the release stated.

Each partner represents an exclusive product segment from the themed areas of the trade fair, the release added.

UNITI expo not only promises cooperation partners increased attention through maximum media and brand presence, but they will also be involved in the planning process of the trade show and will advise organizers, the release continued.

“The presence and input of our partners will further enhance the value of our leading trade fair,” underlined Elmar Kühn, managing director of UNITI-Kraftstoff GmbH. “With these strong brands at its side, UNITI expocan look forward to a positive future and further success at the fair.”

HAMLIN, Pa. — The CAR WASH on Hamlin Hwy & The CAR WASH on RT6 has announced a toy collection/drop off location for the ZipperJunction – Holiday Toy Drive, which collects and then provides for underserved children and youth in Wayne and Pike Counties, according to a press release.

In 2017, Wayne and Pike Counties lost its representation of the Marines’ Toys for Tots drive, so local businessman Jim Zumpone stepped up to create ZipperJunction Holiday Toy Drive, the release continued.

He banded together with the local Ford Dealership and Bold Gold Media, along with small businesses in the community to keep this much needed program alive, the release stated.

During the past two years, The CAR WASH on Hamlin Hwy. has participated with an open-top Red Jeep, which carwash customers and friends filled with toys, the release noted.

Now having two carwash locations and only one Red Jeep, the company found itself searching for a new “eye catching” opportunity, the release added.

“Dear Santa” letters led the company to the postal mailbox idea: an oversized, bright red postal box which has the capacity of four-plus standard cardboard collection boxes, the release noted.

Now in place at each carwash site, they offer convenience to customers to drop-off a toy gift 24/7, the release concluded.

There will be prizes, raffles, food trucks and discounts throughout the day, and the first 50 people in line will receive a special prize and an extra raffle ticket for giveaways, the release continued.

“Car care is especially important in Utah, where we have four seasons and everything that goes along with that — from road salt in the winter to water spots in spring to the harsh UV rays during hot summers,” said store owner Andre Lian, who opened his first Detail Garage in Salt Lake City more than two years ago. “I am excited for our store to be available for our car community south of Salt Lake County. We hope to experience the same growth as the first store and reach new people.”

Lian previously worked in healthcare as a pharmacist and said he enjoyed it, but his passion was always car care, the release stated.

Eventually, he decided to pursue the company’s franchising opportunity, and his Salt Lake City store was the first to open outside the state of California, the release noted.

According to a separate press release, the owners of two South Florida Detail Garage locations are expanding to the south, opening a new store in Miami at 9 a.m. Saturday, Nov. 16th at 3901 N.W. 77th Ave.

Customers at the grand opening celebration will enjoy music, food, raffles and a 20% discount off everything in the store, the release continued.

Store co-owners David Berzner and Eddie Lopez said customers have been asking them to open a new location further south, so just four months after opening a store in West Palm Beach, they are adding a third location, the release noted.

The men opened their first Detail Garage franchise in Fort Lauderdale in August 2018, the release stated.

“There are many people here who have awesome cars but don’t know how to properly take care of them,” Berzner said. “We opened our Detail Garage stores to help change that.”

Berzner and Lopez previously worked in the grocery business and food distribution industry, but their shared passion for cars and car care led them to Detail Garage, the release noted.

SAN ANTONIO; SOLANO COUNTY, Calif.; LITTLE ROCK, Ark. — According to a press release, The Wash Tub will be offering one free Full Service Car Wash to all active and former military with a military ID.

Retired and active members of the military can receive their carwash between Saturday, Nov. 9th and Veteran’s Day at all 25 locations, the release continued.

“The brave men and women in the military make the ultimate sacrifice every day,” said Matt Vizza, president of The Wash Tub. “There are never enough words to thank each and every one of the members who are actively serving or have served our country. It is with great gratitude that The Wash Tub honors our Armed Forces this Veteran’s Day.”

The Wash Tub’s Full Service Car Wash, with a retail value of $17.99, includes a complete interior vacuum, soft cloth wash, towel dry, complete wipe down of dash and console and all windows cleaned inside and out, the release concluded.

According to a separate press release, 7 Flags Car Wash will partner with Grace for Vets to offer a very special thank you to all who have served our country.

On Monday, Nov. 11th, 7 Flags Car Wash will be thanking our active duty military and Veterans by offering a free $8 Express Exterior Car Wash or an $8 credit for any upgrade at its Vallejo, Fairfield, Vacaville and Citrus Heights conveyor locations, the release noted.

7 Flags will also be offering a 40% discount on any detail services and 40% off any extra services from its Express Lube in Fairfield, for any active military personnel or veteran that day, the release stated.

To all active duty and retired military personnel, 7 Flags Car Wash salutes you, the release concluded.

According to another press release, Zips Car Wash will be participating in the Grace for Vets program, which offers a free carwash for veterans and military personnel on Monday, Nov. 11, 2019, at all Zips Car Wash locations.

The carwash chain will join over 3,600 other carwashes across the nation who will offer this service rain or shine, the release continued.

“We’re looking forward to the opportunity to give back to those who have given so much for all of us; so, we’re offering our best carwash for free on Veterans Day for any and all military personnel, no questions asked,” said Harrison Hemphill, Zips Car Wash chief operating officer, who was an active military personnel before he began a career in carwashing. “We plan to serve thousands of veterans and active military on Nov. 11th with our best carwash, but we also hope to honor them daily through our support of wounded warrior programs, by hiring former military and by living with thankful attitudes in the freedoms we share because of their sacrifices.”

Grace For Vets was founded by Mike Mountz, former owner of Cloister Wash and Lube, in Ephrata, Pennsylvania, in 2004, the release added.

Mountz vowed to find a way to honor veterans when he served and saw first-hand amputees and the seriously wounded at the Veterans Hospital in Valley Forge, Pennsylvania, the release noted.

Several years after opening his first carwash, he started the Grace for Vets FREE Wash Program, and now, with the help of carwashes across the country, more and more military servicemen and servicewomen are recognized each year through this program, the release concluded.

SOLANO COUNTY, Calif. — 7 Flags Car Wash is partnering with the California Strong foundation Friday, Nov. 8, 2019 to raise money for families affected by California wildfires, according to a press release.

7 Flags Car Wash will donate $1 for every carwash sold on Nov. 8 at its Vallejo, Fairfield, Vacaville and Citrus Heights conveyor locations, the release continued.

In addition, 7 Flags will match any donations up to $1000, the release stated.

California Strong is committed to raising money and support for families affected by disasters, the release noted.

Grants are provided to families to provide relief directly after a disaster, which can include replacement of personal items, temporary housing, food and gas money, the release added.

SUPERIOR, Wis. — According to www.fox21.online.com, Kwik Trip recently opened a carwash that cuts the time spent inside of it in half.

The new carwash features dual flat-belt conveyors that allow four cars to be sent through the carwash without stopping, significantly reducing waiting times, the article continued.

The carwash also features a “Lava Shine” option as well as an undercarriage wash, the article noted.

“The undercarriage cleans the bottom of your vehicle, and helps protect it from the salt eating away at the vehicle and the rust from starting”, said Justin Ford, store leader at Kwik Trip in South Superior.

The carwash is located across the street from the Kwik Trip gas station at 6007 Tower Ave. in Superior, the article concluded.