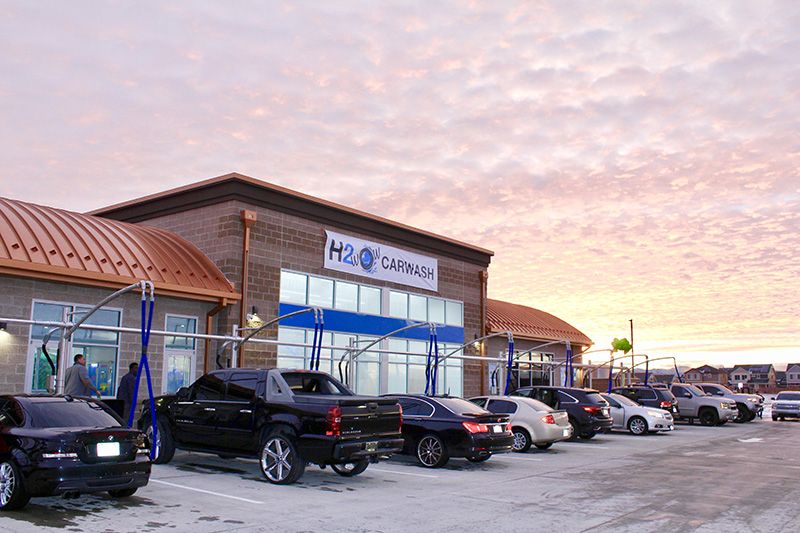 This week, we cover grand openings, an update from a mobile car care service and a patent.

This week, we cover grand openings, including that of H2WOW Carwash; an update from a mobile car care service; and a patent.

DENVER — H2WOW Carwash celebrated the grand opening of its second location at 4631 Tower Rd. in Green Valley Ranch, Colorado, on Jan. 26, 2019, according to a press release.

A total of 849 cars were washed, and nearly 100 customers have already signed up for H2WOW’s Unlimited Club, the release continued.

To celebrate its opening, H2WOW Carwash offered a promotion on its Unlimited Wash Club in which customers could receive their first month of unlimited washes for the price of a single carwash with club enrollment, the release noted.

Everyone who signed up for the wash club during opening week was entered to win a “Winter Weekend Get-Away” package that includes two nights’ hotel, lift tickets, tubing, and equipment and gear rental for up to four people, the release stated.

A winner will be selected Feb. 3rd, the release added.

“We had a fun-filled day connecting with our neighbors in the community and look forward to strengthening our ties in the Green Valley Ranch area,” expressed Julie Petty, co-owner of H2WOW Carwash. “We take pride in providing a fast and clean exterior carwash experience that will turn our community neighbors into ongoing customers.”

AUSTIN, Texas — NuWash, an online platform for booking a professional mobile carwash technician, announced the launch of its new app for iOS and Android, according to a press release.

The launch of the NuWash app further enhances the company’s mission of making car care convenient by eliminating the task of going to the carwash, the release continued.

More than 450 apartments, office complexes and large corporations throughout Austin and Dallas currently offer the NuWash service to their tenants and employees, the release noted.

The mobile app will allow NuWash’s customer base of more than 10,000 to book a carwash wherever they are at the tap of a button, the release added.

“In today’s digital age, consumers want life’s tasks to be made easy,” said Walker Drewett, NuWash CEO. “The addition of our mobile app allows our thousands of customers to seamlessly book their next carwash on the fly, when and where they need it.”

NuWash operates 24/7, and customers can book a wash any time, day or night, the release stated.

Technicians utilize an ecofriendly rinseless wash method that requires less than half a gallon of water to wash the entire vehicle, enabling a vehicle to be washed anywhere, the release added.

According to the release, exciting features on NuWash’s mobile app include:

The mobile app serves as a catalyst for NuWash’s focuses on transforming the way in which consumers care for their vehicles, the release concluded.

BARRIE, Ontario — MacNeil Wash Systems has been awarded U.S. Patent No. US D833,693 S for the CleanTouch Reach Arch, according to a press release.

The CleanTouch Reach Arch includes corrosion-resistant white Pro-Coat from 3M™ and can be used with numerous application mounts, the release continued.

Its ornamental, single-leg design creates an open, spacious feeling in tunnels and installs easily in new or existing ones, the release noted.

The two-piece lexan panels can be customized and can be illuminated with optional yellow, red, white or blue LED lights, the release concluded.

The first Rocket Wash opened in Racine, Wisconsin, in January 2017, and the second location opened recently in Kenosha, the article continued.

Rocket Wash was voted Best Car Wash in a 2017 and 2018 Journal Times poll for Racine, the article added.

The Willkomms also own and operate the Mobil gas stations in Racine, Petro Truck Stop, The Dish Restaurant and Boss Burger-N-Beef in Racine, the article noted.

Michael Willkomm, co-owner of Rocket Wash, said the business “stands out from other carwashes because it is very easy to use, and the quality of the wash is like no other. This next generation carwash takes the fear out of getting your car washed because of its wide-open spaces and easy-to-use rail-less conveyor system. Vehicles can get their cars clean and shiny in about two minutes, and the use of free vacuums for every wash purchased makes the wash a great value.”

The location also offers mat washers and free air with every wash, the article concluded.