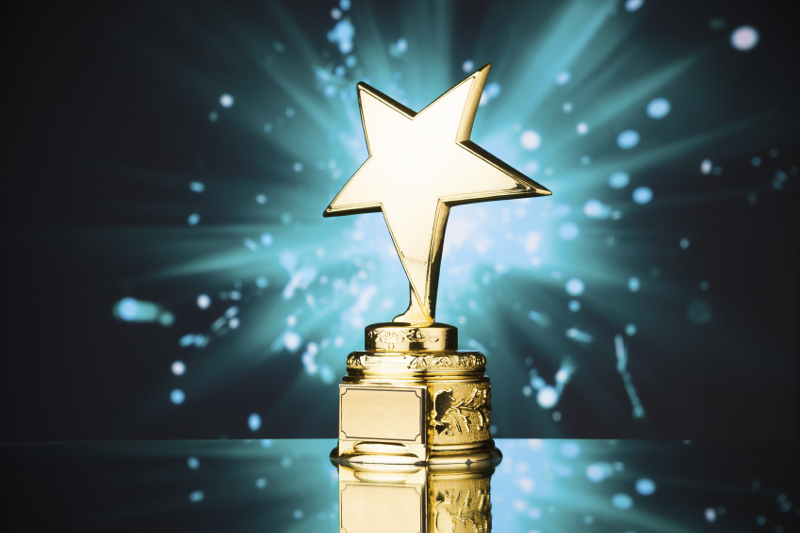 In this week’s Market Focus, we cover the Detailer of the Year, a show appearance, a promotion, a fundraiser, a recognition and a carwash opening.

NEW MILFORD, Conn. —Arkham Shine, Connecticut’s premier auto detailing and paint correction studio, is pleased to announce that owner and operator, Kevin Awalt has emerged as the winner of the IDA Detailer of the Year Award, according to a press release.

The International Detailing Association has developed a program to recognize individuals and companies that have made significant contributions to the detailing profession and live up to the ideals indicated in the IDA Code of Ethics, the release stated.

“I am proud to say that I have known Kevin for many years and have admired his perseverance and hunger for knowledge,” states Thomas Palancia, the international sales manager and detail  product development and operations manager for Simoniz USA Inc. “He seeks out better methods to both produce the highest quality vehicle details and operate his business.  As a board member of the International Detailing association, I am thrilled that Kevin has won Detailer of Year. He is someone who shares our vision of holding detail professionals to the highest standards. ”

Arkham Shine has extensive detailing training and has worked side by side with industry leaders from the International Detailing Association, Simoniz, Rightlook, and many more, the release noted.

Combine this with hands-on work in Connecticut and all over the United States as well for the past 15 years in the industry, the release continued, one can rest assured that they take pride in providing an unmatched level of car detailing services.

Awalt himself said, “Rather than focusing on the number of projects that we undertake, we choose to concentrate on the quality of work that goes into each project in order to give our clients the best finished results. Whether it be your everyday car, showcase car, motorcycle or work truck, we use only the most current paint correction technology and top-of-the-line car detailing products. We pair these with extremely talented professionals to create a masterpiece, leaving your vehicle with a better than showroom-new appearance.”

Arkham’s number one goal is to provide their valued clientele with the highest level of auto detailing and paint correction services in Connecticut and beyond to meet the needs of any car enthusiast, the release stated; all vehicles are treated and detailed individually with the proper time and care to ensure they provide their clientele with total satisfaction.

Hosted by Autogeek’s Mike Phillips and Adrienne “AJ” Janic, the release continued, Labato is a member of the show’s “A-Team” of world-class auto-finishing technicians who will be prepping Janic’s 1968 Pontiac Firebird built by automobile designer and star of Velocity TV’s Overhaulin’, Chip Foose.

This is the third episode of the show Labato will appear in, having been featured in two past episodes of the first season, the release stated; he has been called back primarily because of his expertise in high-end signature showroom detailing.

Labato was just elected vice president of the International Detailing Association (IDA) the week prior at the Mobile Tech Expo & Detailers Forum in Orlando, Florida, the release noted.

He is also a global detailing consultant and spokesman for Buff & Shine Manufacturing, and this spring he will launch his new Double Black Training facility in Melbourne, the release added.

Produced by the makers of Car Crazy Central, Overhaulin’, and the “Extreme” series, Competition Ready takes viewers behind the scenes at what it takes to get a classic vehicle ready for competitions and for sale at auctions, the release stated.

The second season of Competition Ready will air Friday nights at 7:30 p.m. ET and 11 p.m. PT starting in March 2017, the release noted; this exact episode will be announced at a later date.

For more information on his appearance on Competition Ready, contact Justin Labato at (321) 722-2255.

DE PERE, Wis. — Cleaning Systems, Inc. (CSI) has announced the promotion of Tia Russell to the position of marketing communication manager, according to a press release.

A graduate from the University of Wisconsin, B.S. Biology/Environmental Science, Russell began her career at CSI in 2003 in the lab and transitioned to positions in sales and marketing, the release noted.

In this newly created position, the release continued, Russell will oversee all communication aspects, including advertising, the website and marketing programs for CSI’s distributor partners and customers.

Russell said, “I am excited to have this new opportunity. I believe communication is key in a business and will take pride in making sure all our communications are properly addressed internally and externally. I look forward to enhancing our sales and marketing communications with the CSI team.”

Dave Krause, president and CEO of CSI said, “Tia is a well-respected member of CSI’s team with a history of success in many roles. This new position is an excellent fit for her strong communication and organizational skills and will offer her new challenges that will impact the information flow to our customers and distributors.”

Questions about Russell’s promotion should be directed to Chris Ciechanowski at (920) 337-4400 or via e-mail at [email protected].

On Friday, Feb. 17th and Saturday, Feb. 18th, Crew Carwash will provide a free Ultimate Wash, a $20 value, to any customer who comes by the Merrillville facility, located at 501 W. 81st Ave., the release stated; customers are encouraged to contribute cash or credit card donations, as Crew will donate 100 percent of all proceeds to the Boys & Girls Clubs of Northwest Indiana.

“We are thrilled to initiate a partnership with the Boys & Girls Clubs of Northwest Indiana,” said Sally Grant, executive vice president of Crew Carwash. “We are so proud to now be a part of the Merrillville community and are honored to play a role in helping children and teenagers in Northwest Indiana reach their full potential.”

“Boys & Girls Clubs of Northwest Indiana is so grateful for community partners such as Crew Carwash,” said Lisa Patrick, vice president of operations for Boys and Girls Clubs of Northwest Indiana. “Generous support from corporate partners like Crew help us provide life-changing programs that help our youth learn and grow into caring, accomplished adults.”

Crew Carwash raised more than $500,000 for Indiana nonprofits in 2016, the release concluded.

Consumers can connect with Crew on social media at Facebook.com/Crew-Carwash and @Crew_Carwash.

To learn more about the Boys and Girls Clubs of Northwest Indiana, visit http://www.bgcnwi.org/ or connect at https://www.facebook.com/bgcnwi/.

BOCA RATON, Fla. — For the second year in a row, Tint World® Automotive Styling Centers™ was ranked as a Top Emerging franchise (No. 11), Fastest Growing franchise (No. 31), and Top 100 franchise (No. 74) by Franchise Gator, one of the largest online franchise directories, according to a press release.

“This recognition is a testament to the hard work of the entire Tint World® family,” said Charles J. Bonfiglio, Tint World® CEO. “We have some of the best owners in the industry, and their drive to keep improving their stores, along with the excellent support and dedication our corporate team offers, is what keeps us moving forward.”

Franchise Gator developed the rankings to help prospective franchisees identify top opportunities for growth, as well as affordable investments for the average franchise buyer, the release noted; they rank franchises with a formula based on financial stability, growth, transparency, engagement, continuity and sustainability.

“The entire Tint World® family should be proud of this accomplishment,” said Bonfiglio. “Consecutive rankings in all three Franchise Gator categories is an honor, and we’re looking forward to making it three years in a row next year.”

MOUNT PLEASANT, Wis. — According to an article in The Journal Times, Rocket Car Wash, a $3 million carwash part of a street corner development project, has opened on 4733 Spring St.

The other businesses scheduled to open soon on the corner are a Mobil gas station, convenience store, Dunkin’ Donuts and a restaurant, the article stated.

Brothers Jim and Michael Willkomm, the developers of the new corner project, the article continued, estimate that the entire undertaking will cost $7 million to $8 million.

Rocket Car Wash, the first building to open on the corner, is, according to Mike, currently in the “test opening” stage as they fine-tune the adjustments for each wash, the article noted.

The wash features a 140-foot tunnel that is, in fact, not enclosed in concrete walls but in clear walls, which Mike called the “brew house effect,” in reference to brew houses where the equipment is in view behind glass, the article stated.

The wash’s conveyor is also not the typical type where tires must align to tracks, the article noted; instead, a vehicle must pull between two large red balls and onto a conveyor belt, eliminating the need for exact tire alignment.

The drying area features 19 blowers and two brushes that rotate forward against the car to dry water droplets on side mirrors, according to the article.

The wash also features three pay lanes, the article added: one with an attendant, one with an automatic pay station and one for unlimited-wash purchasers.

The prices for single washes come to $6, $9, $12 and $15, but customers can also purchase monthly unlimited wash options for $20 (basic) or $35 (deluxe), the article noted; an RFID sticker placed on the windshield to admit them into the unlimited wash lane.

Furthermore, the wash boasts 21 free vacuums, and in warmer weather, two mat-washing stations will also be available, the article reported.

“I said [to the manufacturer], ‘I want all the bells and whistles’ — and then I added a few,” Mike said.

One of those extra “bells and whistles” includes the network of heated coils buried just beneath the pay stations and along the tunnel’s exit curve, according to the article.

During the winter, the Willkomms will bring in waste oil from another of their businesses — Petro Travel Plaza in Yorkville, Wisconsin — to burn in a boiler they installed at the carwash, which will keep ice off the entrance and exit of the wash and warm the tunnel from the floor up, the article concluded.