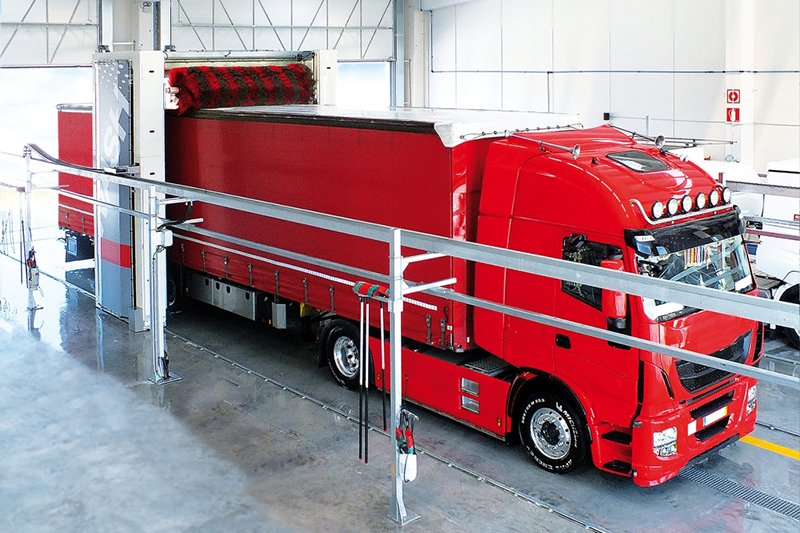 This week, we cover a trade show appearance and new carwash openings.

This week, we cover ISTOBAL’s appearance at the NACV Show and new carwash openings.

ISTOBAL USA attends NACV Show for the first time, backed up by the huge growth of its industrial wash range

ATLANTA — ISTOBAL USA will attend theNorth American Commercial Vehicle (NACV) Showfor the first time,backed up by the huge growth of its industrial wash range, according to a press release.

The U.S. subsidiary of the Spanish group has tripled sales in the industrial wash range this year, thanks to its innovative solutions such as ISTOBAL HW’INTRAWASH and ISTOBAL HW’PROGRESS, the release continued.

From Oct. 28-31 during NACV Show, the ISTOBAL USA subsidiary (Booth 2020) will present its pioneering solutions for washing commercial vehicles to continue strengthening this line of business in the U.S., the release added.

In fact, companies such as Walmart, Kroger, Food City, Charger Logistics and many school districts in the U.S. rely on the technology developed by ISTOBAL, the release noted.

TheISTOBAL HW’INTRAWASH is a revolutionary piece of automatic equipment for cleaning and disinfecting the interior of trailers and box containers, which reduces water and chemical usage, as well as cleaning time, the release stated.

Internationally patented and easy to use and install, ISTOBAL HW’INTRAWASH guarantees a professional interior wash and an FSMA compliant disinfection of refrigerated and dry van trailers, as well as shipping containers, the release continued.

It can clean a 53-foot trailer interior in as little as three minutes and clean and sanitize in six minutes, the release added.

Another best seller is the ISTOBAL HW’PROGRESS, which is a flexible commercial vehicle rollover, able to adapt to the specific requirements of each type of vehicle fleet, the release noted.

This equipment has self-driven vertical brushes with an overlapping scrub function and shampoo injection via a dosing pump, flexible configuration by user with up to 15 programs, a touch-screen control panel and a choice of service connections: energy chain, loop connection or a fixed or swinging post, the release stated.

In addition, thanks to the model’s flexible configuration, up to four “obstacle-avoidance” scans for wing mirrors and sunscreens are also possible, the release added.

The bulk of truck wash equipment sold in North America is produced in Bristol, Virginia, using stamped USA Steel so as to comply with the Buy America Act, the release concluded.

CLEVELAND — According to www.clevelandjewishnews.com, brothers David and Scott Soble are growing their carwash, Zoom Express Car wash, across Northeast Ohio.

The carwash already has locations in Mayfield Heights, Stow and Twinsburg, and the Sobles are opening two locations in Brook Park and Avon soon, the article continued.

All but the Mayfield Rd. carwash location have been built from the ground up, the article noted.

Prior to starting Zoom Express, the Sobles owned a chemical manufacturing business, the article stated.

“[We] manufactured chemicals for carwashes,” David said. “We used to be a supplier … and then … a couple of years ago, we sold that company.”

The goal, he added, is for the company to offer convenient locations, superior wash services and a good product, the article noted.

When asked what differentiates their business from other carwashes, David said, “I think there’s a lot of different things. I don’t think there’s one thing that sets us apart.”