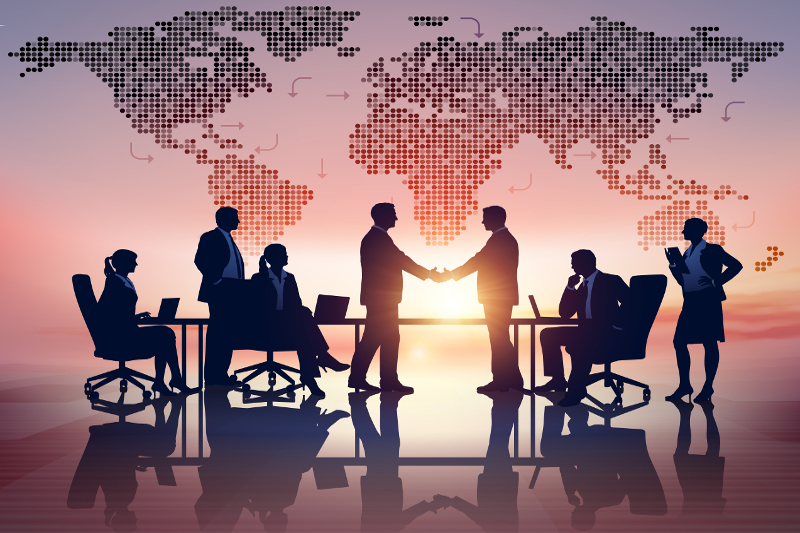 This week, we cover acquisitions, a promotion, a new opening and a charity drive.

This week, we cover acquisitions, including that of McNeil; a promotion; a new opening; and a charity drive.

McNeil & Co. to be acquired by Arch Capital Group Ltd.

CORTLAND, N.Y. — McNeil & Co. (“McNeil”) announced today that it has entered into an agreement under which Arch Capital Group Ltd. (NASDAQ: ACGL) (“Arch”), a leading global insurer, will acquire McNeil & Co., according to a press release.

The transaction is expected to close later this quarter, the release continued.

McNeil & Co. will retain its identity and remain headquartered in Cortland, New York, as a standalone affiliate of Arch Insurance Group (U.S.), the release noted.

Building on a successful 17-year partnership, this acquisition will provide mutual benefit to both parties, the release added.

With over $11 billion in capital, Arch will provide McNeil with new opportunities to achieve scale and grow its business through additional products and resources delivered through McNeil’s existing platform and unique distribution system, the release stated.

McNeil will continue to operate as it has for the last 28 years but with greater capital strength and a broader range of expertise to draw from, the release noted.

“We’ve established ourselves as thought leaders in specialized risk management and insurance with a suite of policies that are never off the shelf, with service that’s always a step ahead and with training and risk management programs designed to prevent loss before it occurs,” said Daniel F. McNeil, founder and president of McNeil & Company. “Becoming part of Arch won’t change any of that but will give us an unparalleled opportunity to build on that leadership and take it even further with additional resources. We will continue to offer exceptional products based on genuine industry knowledge and a consultative approach to mitigating risk.”

“We have tremendous respect for the high quality and experience of McNeil’s workforce and the customer-oriented nature of the company’s culture,” said Nicolas Papadopoulo, chairman and CEO of Arch Worldwide Insurance Group. “We’re excited to build on McNeil’s success, grow its business and develop deeper relationships with its customers. McNeil’s excellent reputation in the industry will greatly enhance Arch’s ability to distribute top-quality specialized products and programs.”

The longstanding relationship between McNeil and Arch provides confidence in a good cultural match between the firms, the release continued.

In fact, as part of this continued support, McNeil has recently made a $7 million donation to Le Moyne College, a private Jesuit college in Syracuse, New York, which will be used to launch a new undergraduate major in risk management and insurance, the release added.

The donation will allow the school to establish endowed professorships to support the major and will provide new opportunities for new graduates to work in the industry, the release concluded.

HAMILTON, Ohio — OPW, part of Dover (NYSE: DOV) and a global leader in fluid-handling solutions, announced today that it has named Gary Campbell the new general manager for its PDQ Vehicle Wash Systems business, according to a press release.

Prior to joining PDQ, Campbell was Dover’s vice president of integration for global mergers and acquisitions, the release continued.

Before embarking on his career with Dover, Campbell held a variety of roles at GE Capital, United Technologies and Deloitte, mostly focused on developing and leading strategy as well as merger and acquisition (M&A) activities, the release stated.

“OPW’s objective is to continue to grow the PDQ business, and Gary’s extensive background in strategy and business development makes him a great fit to lead the PDQ team,” said Kevin Long, president of OPW.

“I’m excited to be joining PDQ,” Campbell said. “It’s a great business with a proud history of bringing to market innovative solutions for the vehicle wash industry.”

BRENTWOOD, Tenn. — According to www.springhillhomepage.com, Costco opened its first carwash in the eastern U.S. on Oct. 20th.

“This is the first of its kind in this part of the country,” Chris Ferko, a consultant for Costco and engineer at Barghausen Consulting Engineers, told Brentwood planning commission members last year. “Costco is real excited to be able to bring this service to its members out here. It’s something they have found has been very much appreciated and well-liked by its members that use the carwashes at those other locations.”

This is Costco’s 11th carwash location, and it has others in California, Washington, Idaho and Arizona, the article continued.

The carwash is next to the gas pumps, so customers have convenient access, the article noted.

The automatic carwash features a tunnel and costs $7.99 for a wash, the article concluded.

MASSILLON, Ohio — According to www.indeonline.com, Brian Krusz, owner of Sgt. Clean’s Car Wash, purchased the former Yund’s Car Wash in Massillon in July; recently, it has reopened under the new brand name.

The carwash tunnel has been remodeled with new brushes and a new conveyor, the article continued.

Most of the former Yund’s employees have been retained, and monthly carwash passes have been transferred and honored by Sgt. Clean’s, the article added.

The exterior has been repainted in red, gray and black — the red and gray being a tribute to the Ohio State Buckeyes, the article noted.

The operation hours and pricing have largely remained the same except for a change in business hours on Sundays (open from 8 a.m. to 7 p.m.) and a slight rise in the price for the premium monthly plan due to the addition of extra services, such as a hot wax application and a liquid weather shielding, the article concluded.

Crew Carwash donates over $22,600 and 1,695 pounds of food to Gleaners Food Bank of Indiana

INDIANAPOLIS — Crew Carwash is excited to announce the donation of $22,645 and 1,695 pounds of canned food items to Gleaners Food Bank of Indiana, according to a press release.

As part its fourth annual “HUNGERCREW” fundraiser, which took place Oct. 6-7 at all Central Indiana locations, Crew Carwash provided a free FastWax service to customers who donated a canned food item or cash donation of any kind, the release continued.

These items will be donated to Gleaners Food Bank of Indiana, a nonprofit organization focused on leading the fight against hunger in Central and Southeast Indiana by collecting, storing and distributing food to those in need, the release noted.

The proceeds from “HUNGERCREW” will enable Gleaners to supply 67,000 meals for Hoosiers in need; $1 buys three meals, the release added.

“We were proud to partner with Gleaners Food Bank of Indiana for the fourth year in a row,” said Billy Schaming, president and COO of Crew Carwash. “Thanks to the hard work and dedication of our Crew team members plus the kind and generous donations from our customers, we are thrilled to make this donation and help fight hunger in our Central Indiana community with 67,000 meals.”

So far this year, Crew Carwash has raised over $182,000 for local non-profit organizations, including the St. Vincent Foundation, Big Brother Big Sisters and the Muncie Animal Rescue Fund (ARF), the release stated.

Since the inception of the partnership with Gleaners, Crew Carwash has raised nearly $100,000 and over 7,600 pounds of foods to support its mission of providing households with access to sufficient, nutritious food and related resources, the release noted.

A check presentation to present the donation will be held on Friday, Nov. 2nd at 2 p.m. at Crew Carwash (1219 North Meridian St., Indianapolis, Indiana), the release concluded.

Market Focus: McNeil to be acquired by Arch Capital