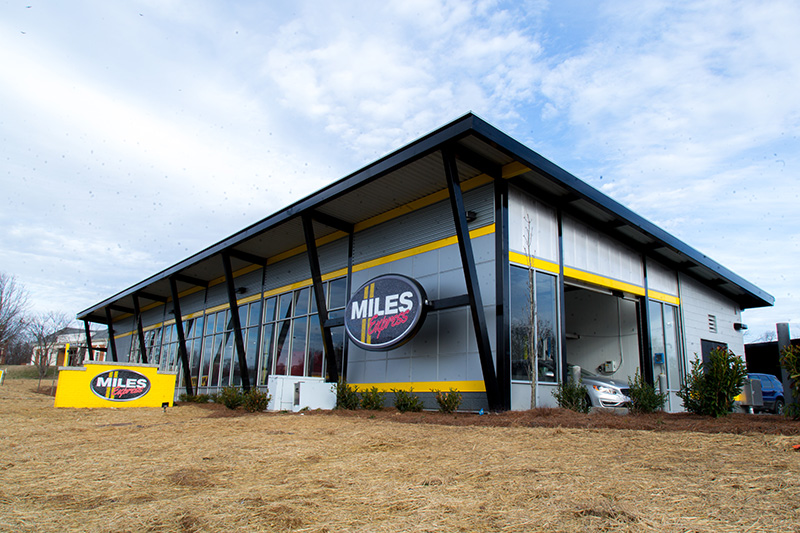 This week, we cover a licensing agreement for MILES, new hires, and scholarship and award winners.

COLORADO SPRINGS, Colo. — The sleek and acclaimed carwash experience concept, MILES Express, a MILES brand, is expanding into Colorado with two locations slated to open in 2019, according to a press release.

Construction will begin immediately on the first MILES Express, located in Colorado Springs on the northeast corner of Constitution Ave. and Marksheffel Rd., the release continued.

MILES Express is a premium, fast-care concept providing customers with optimal auto cleaning in a swift timeframe, the release explained.

With a 130-foot-long wash tunnel, advanced chemical applications and state-of-the-art soft cloth equipment, every auto receives a deeper clean in a shorter amount of time, the release continued.

“Unlike any other carwash service, MILES Express is both a luxury and affordable concept rooted in unparalleled customer experience,” said Post. “As Colorado Springs continues to grow, MILES will offer our community a quick and dependable service that is enjoyable above all. We are delighted to introduce MILES to the marketplace and look forward to being a great community partner for years to come.”

The Colorado Springs location is the first branded license turnkey expansion for MILES, the release noted.

Licensing includes financing through First Advantage Bank and the use of Turtle Wax Chemicals, the release added.

The location will feature all-new, state-of-the-art carwash equipment from Motor City Wash Works and will boast a modern, sleek building from ModernWash with an all-glass exterior, providing on-lookers with a clear view of the MILES experience, the release stated.

According to the release, this licensing agreement, the first of its kind, is an industry breakthrough that equips investors with the tools needed to operate the business post-launch.

These operational services, in addition to website and social media marketing, make this model unprecedented in this industry, the release stated.

“We could not be more thrilled to expand Miles Express into the ever-vibrant Colorado Springs and provide our new customers with a reliable, affordable and luxurious carwash service,” said Rocky Crossland, president of MILES. “There’s no doubt this market is currently booming – not only was Colorado Springs recently named one of the best places to live, but the thriving job market and quality of life show an explosive growth with no sign of slowing down. The Colorado team brings a wealth of executive experience to the table and we look forward to working beside them to launch this new venture.”

“At our core, we are car lovers who want to make the driving experience pleasant and fun for every car owner,” said Miles Johnson, founder of MILES. “That means that every car that we wash should be deeply clean and look beautiful, and customers should be able to access that experience quickly and at an affordable price. In short, that is what MILES Express provides.”

CLIFTON PARK, N.Y. — G&G Industrial Lighting announced that Terry Crawley has joined the team as vice president of sales and Erin Noonan has accepted the position of director of marketing, according to a press release.

Crawley and Noonan come to G&G with extensive experience within the electrical industry, both having worked for LED lighting manufacturers prior, the release continued.

Crawley’s most recent tenure was with RAB Lighting, where he worked for 11 years starting as a regional sales manager and eventually being promoted to regional vice president of sales, the release noted.

Preceding his time with RAB, Crawley was with Zumtobel Lighting and BEGA-US and is also an active member of IESNA, the release added.

Her experience there consisted of a series of promotions from sales and marketing assistant to marketing communications manager and finally director of marketing, the release continued.

Noonan was recognized as one of tED Magazine’s 30 Under 35 rising stars of the electrical industry in 2016, the release stated.

“Terry and Erin both not only have the pertinent industry knowledge to make them successful but also exemplify the culture of G&G,” said Jason Baright, president of G&G Industrial Lighting. “We look forward to continuing our company’s rapid growth under their leadership as we expand throughout the industrial market.”

Recipients are selected based on their leadership, dedication and commitment to their company and the carwash industry, the release noted.

Each of our five winners will receive a Premium Pass to The Car Wash Show and accommodations for three nights, the release continued.

LEHI, Utah — Podium, an interaction management platform for local businesses, has been named to Fast Company’s prestigious annual list of the World’s Most Innovative Companies for 2019, according to a press release.

The list honors the businesses making the most profound impact on both industry and culture, showcasing a variety of ways to thrive in today’s volatile world, the release continued.

Half of the companies on this year’s MIC 50 list are appearing for the first time, the release noted.

Fast Company’s editors and writers sought out groundbreaking businesses across 35 industries and every region, and they also judged nominations received through their application process, the release added.

“The economy has grown and evolved in a way that requires local businesses to modernize the way they interact,” said Eric Rea, CEO of Podium. “This award is confirmation that Podium is providing real innovation to modernize these businesses that we work with every day, and we’re excited to share what else we have in store for 2019 in the coming months.”

The award is the latest in a series of recognitions and milestones for Podium over the last year, the release noted.

In August, Podium cut the ribbon on its new 125,000-square-foot headquarters in Lehi to house the company’s 430 existing employees as well as the 375 more it plans to hire through the end of 2019, the release concluded.