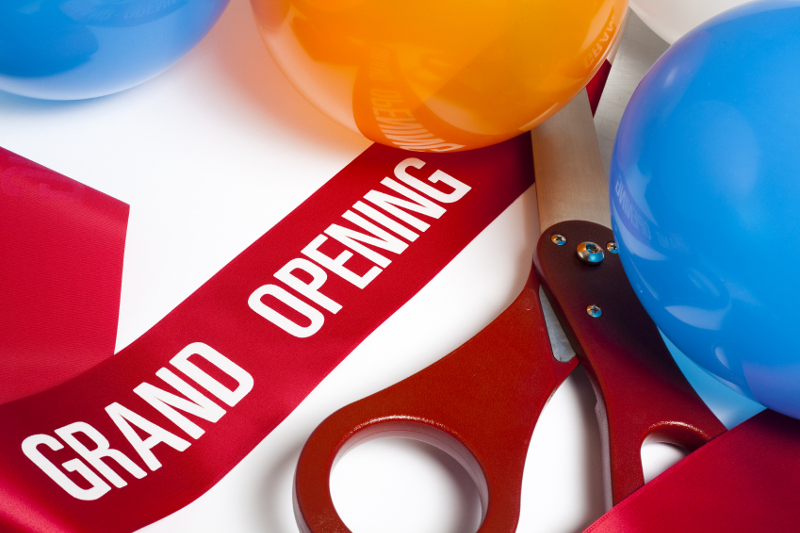 In this week’s Market Focus, we cover several grand openings, a company recognition and a company’s environmental policy.

In this week’s Market Focus, we cover several grand openings, a company recognition and a company’s environmental policy.

To celebrate its grand opening, the article continued, the new location is offering free platinum express washes to all customers through June 10th.

EAGAN, Minn. — Twin Cities Business announced today that Hydra-Flex Inc. is one of 20 companies to watch in 2017, according to a press release.

Coming in at No. 2 on the list due to rapid growth and industry expansion, the release continued, Hydra-Flex joins other prominent Minnesota companies on the list such as UnitedHealth Group, Polaris Industries, General Mills and Best Buy.

“Identifying companies to keep an eye on is an inexact science,” stated the article.

The article goes on to note, “The businesses here are all at key turning points for the companies, including some that are making changes to meet a challenging market.”

“To be recognized as a key player — not only in our industries but also in our community — by Twin Cities Business is a testament to the hard work and passion for innovation we have here at Hydra-Flex,” said Hydra-Flex CEO Jaime Harris.

Read the full article in the Twin Cities Business | 20 Companies to Watch.

VALENCIA, Spain — ISTOBAL is strongly committed to developing environmentally-friendly technologies, and thanks to its Restyle line, developed through ISTOBAL MetalWorks, the company recycles more than 130 tons of raw materials from carwash machines every year, according to a press release.

ISTOBAL is able to extend the life of its machines by remodeling and recycling, saving 130,000 kilograms worth of steel sheet, aluminum, copper, motors and other electrical and electronic components, the release noted.

Parts replacement, structure recovery treatments and upgrades with new optional items allow ISTOBAL to offer a second life to machines that would otherwise be discarded and sent to scrap, the release continued, but maximum reliability and a competitive price are not jeopardized.

France, Spain and the U.K. are the most popular markets for recycled machines, an environmental trend that has grown in recent years, the release added.

In addition to this line of work with a focus on the environment, the release stated, ISTOBAL is leading a constant effort in R&D to develop advanced solutions in water treatment and technologies that reduce water, energy and chemical product use.

In the last edition of Autopromotec in Bologna, Italy, ISTOBAL displayed, for the first time, an aerothermal heating boiler to be used at jet washes, equipment which saves up to 75 percent of power compared to electric heaters and 60 percent compared to gas boilers, the release noted.

This sustainable and efficient system also reduces maintenance and has a lower environmental impact thanks to the use of renewable energy and the absence of combustion and smoke emission, the release continued.

Another sustainable carwash solution is the hydrocarbon separator, a technology that reduces hydrocarbons by 94 percent in the water used in wash processes, the release stated.

Similarly, ISTOBAL’s last-generation rollovers use 40 percent less water than former ones thanks to new, less-absorbing materials used in brushes and the better distribution of the water circulation circuit, among other technologies, the release added.

ISTOBAL also uses innovative recycling systems which help reuse 85 percent of the water used in each service; likewise, the super-concentrated chemical product line developed by ISTOBAL, esens®, reduces CO2 emissions by 80 percent and hardly generates any waste into the environment, the release concluded.

LARGO, Fla. — According to www.tbnweekly.com, the first NASCAR Car Wash in Florida opened at 7601 Ulmerton Rd.

The location is an express carwash with 14 vacuum stations, windshield wiper fluid and air for tire all available for free with the purchase of a wash, the article continued.

The carwash has also received the Watersavers® designation for not only this location but all future facilities, the article stated.

PRAIRIE DU SAC, Wis. — According to www.wiscnews.com, Too Clean Car Wash and Detailing opened on May 5th in the old, two-bay Midway Oil location.

Too Clean’s services include a full array of interior and exterior hand washes and detailing, including waxing, buffing, carpet and upholstery cleaning, vacuuming, tire dressing and underbody work, the article noted.

Owner Mike Brown, who settled in Sauk Prairie, Wisconsin, 16 years ago after moving from Milwaukee, found that many of his friends and relatives were going into the carwashing business, which made him think that he might want to join it as well, the article noted; however, worried about running his own business, he decided to sell cars for the time being.

“I had the idea for a long time, but I could never find the right location suitable for a hand-wash and detail business,” Brown said.

But when the owners of Midway Oil decided to relocate the majority of their business, Brown saw his opportunity and met with them to discuss the facility they were leaving, the article stated.

“I was still selling cars at the time and was doing well; I was worried about trying something different,” Brown said.

According to Brown, what makes his business unique is that he not only offers competitive pricing, but he also takes pride in his work. “I want people to leave happy so I see their faces again,” he said.

If the business goes well, Brown added, he hopes to open more carwashing and detailing shops in the future, the article concluded.

This is the second location for the family-owned and -operated company, the article noted.

The carwash also reclaims most of its water and provides 13 free vacuum stations, the latter of which are free for anyone to use, even those who do not purchase a wash.

In honor of its grand opening, Checkers offered free “Legend” washes from May 26th to June 8th, the article added.

Four years ago, they opened the first location in Derby, Kansas, the article noted.

Stan used to own an aerospace parts machinist company, but when the economy slowed and the company lost a major contract, he decided to find something different to do, the article continued; after researching many businesses, he believed that express carwashing was the ticket.

“Derby was one of the few places that could support a new one,” Stan said. “It’s met our expectations. We think Andover will be even more successful than Derby. With Andover, there’s not really much competition anywhere around.”

Part of the carwash offering will include the use of free vacuums, which, Stan said, is a key to the business.

“The more vacuums you can have available, the better chance the customer will stay and get their car washed also,” he said. “We’re pretty crowded at the location in Derby.”

The brothers’ goal is to open the carwash in December, the article concluded.

Advertisement
In this article:Awards, promotions