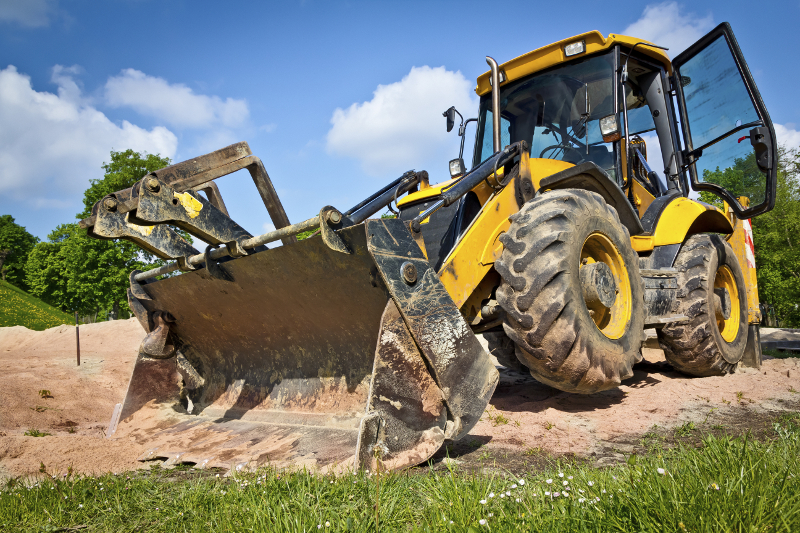 In this week’s Market Focus, we cover a groundbreaking, a charity event, a renovation and a grand opening.

MARYSVILLE, Ohio — Moo Moo Express Car Wash announced that construction has started on its 12th Central Ohio location, according to a press release.

The Marysville Moo is scheduled to open in September 2017 and will be located at 1024 Delaware Ave., the release continued.

Once completed, the release noted, the cream barn-themed express carwash will feature 10 vacuum bays and a retail office and will remain fully staffed during operating hours.

“Providing customers with a high-quality, fast, fun and eco-friendly carwash experience is our top priority,” said John Roush, founder and managing partner of Moo Moo Express Car Wash. “We are excited to become a part of the Marysville community.”

The company’s wash process has also been recognized by WaterSavers® and the International Carwash Association® for preventing water pollution by treating wash water prior to returning to the environment, the release noted.

Moo Moo Express effectively washes vehicles with under 20 gallons of fresh water — less than the typical home washing machine, and drastically less than the 120 gallons of water typically used when washing at home or at older carwash facilities, the release added.

Moo Moo Express carwash pricing begins at $5 for the “Fat Free” option, $10 for the “Whole” and $15 for the signature “Crème De La Crème” wash, the release added.

Furthermore, the Stampede Unlimited carwash program is available from $25 a month and up and is accepted at all Moo Moo Express locations, the release stated, and special fleet (per vehicle, per wash) pricing is also available for a minimum of five vehicles.

INDIANAPOLIS — Crew Carwash announced that it is donating $54,884 to Riley Children’s Foundation, thanks to the generous donations of its customers, according to a press release.

In its inaugural fundraiser for Riley Children’s Foundation in 2016, Crew raised $31,563 to help fund the recruitment of leading experts to provide mothers and babies comprehensive care at Riley, the release stated; today, Riley has eight maternal-fetal medicine specialists.

“The well-being of expectant mothers and their babies is an extremely important issue, and we are overjoyed to give this donation to the Riley Children’s Foundation,” said Sally Grant, executive vice president of Crew Carwash. “We are honored to once again partner with Riley Children’s Foundation and hope that we’ve raised not only money but also awareness for this initiative. This could not have been possible without the generosity of our amazing Crew customers.”

Funds raised will benefit the Riley Maternity and Newborn Health program, which offers a full spectrum of prenatal, obstetric and postnatal care for at-risk pregnancies, the release added.

A check presentation with Crew and Riley executives was held at Riley Children’s Hospital at Indiana University Health on May 24th, the release concluded.

MERRIMAN VALLEY, Ohio — According to www.akron.com, the Speedy Clean Car Wash at 1521 Akron-Peninsula Road will soon be renamed Valley Car Wash after it finishes undergoing renovations.

Owner Terry Schoen, who took over the business, is converting the carwash from a friction wash, which it has been since the early 1990s, to a touch-free system, the article continued.

“Everything is brand new,” said Schoen. “This includes a whole new wash system, and we are repainting the building, making parking lot improvements, installing a new sign and adding some landscaping. In addition, we will be installing a new detailing system soon.”

The wash will offer for packages, with the top three having an undercarriage spray; the washes will be 2.5 minutes long, followed by a spot-free rinse, and will feature a light show, the article noted.

Furthermore, Schoen plans to add some large plant containers, trees and flowers to the landscaping, the article stated.

“We want to blend in better with the park-like setting in this area,” he said. “We got a beautification award three years ago from the City of Brecksville for our facility improvements there, and we are hoping to accomplish the same for this location. Customers will get a quality car wash and enjoy an attractive facility here.”

CHESTERFIELD VALLEY, Mo. — According to www.ksdk.com, Tidal Wave Luxury Car Wash is full service carwash that is part of a facility that contains a gas station, convenience store and drive-thru bakery.

It held its grand opening on May 20th, the article noted, where it offered free washes and prizes.

Operations Manager Mace Nosovitch, said, “The best description of this place would be a standard convenience store but on steroids.”

The convenience store is large by c-store standards and even includes a walk-in beer cave and Shakespeare’s Pizza, the article noted.

Mace said, “I’m a Mizzou grad, I was there for my undergraduate years, and I think anyone whose been to Mizzou loves Shakespeare’s Pizza. So, being here in St. Louis, I missed it. So, I approached the owners in Columbia and talked about adding it to our selection for our customers … and serve it by the slice or whole pizzas. People can get carryout take it home.”

As for the carwash, Mace said, “The equipment in this facility has been researched. We’ve looked at every car wash in the nation. We really grabbed the best of best that’s in the car wash industry today. From soft wraps, rinse water, every aspect has been thought out in detail.”