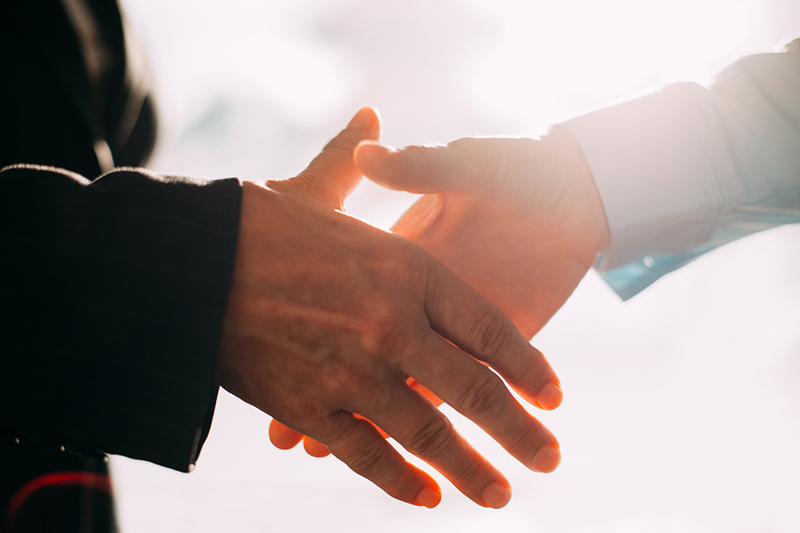 This week, we cover a group expansion, an award, a charity event and grand openings.

This week, we cover the expansion of N1 Buying Group, an award, a charity event and grand openings.

CHICAGO — The N1 Car Wash Buying Group exhibited for the first time at The Car Wash Show™ in Las Vegas, according to a press release.

As a first time exhibitor, N1 reached hundreds of potential members and vendors during the four-day trade show and conference, the release continued, and as a result, over 20 suppliers and 20 members are now partnering for improved profitability through the buying group.

According to the release, the N1 message appears to be spreading through the industry: “We are better together.”

Industry conferences like The Car Wash Show™ present terrific opportunities for the N1 team to have face-to-face discussions with distributors and operators who might be considering membership in the buying group, the release stated.

Even more importantly, The Car Wash Show™ creates a forum allowing an open exchange of information regarding N1’s purpose in the carwash industry as well as other topics related to improved profitability in the professional carwashing segment, the release noted.

“The Car Wash Show was a great opportunity for the N1 Buying Group to meet with independent distributors and multi-location operators. Our message of ‘Better Together’ seemed to ring true in all of our conversations. The folks that we spoke to all walked away with a better sense of how they can be more successful and profitable by joining N1,” remarked Dayne Heimburg, general manager of N1.

N1 members and suppliers attending the show acted eagerly to present testimonials, the release added, sharing first-hand the benefits of belonging to the buying group and doing so with passion for the N1 vision: “we are better together.”

If you’re not able to visit the N1 team at these shows, please visit www.N1buyinggroup.com for more information and contact details.

INDIANAPOLIS — Crew Carwash is excited to have been named Top Workplace for 2018 for the third year in a row, according to a press release.

On June 8th, Crew Carwash was recognized as one of the top places to work in Indiana by the Indianapolis Star, the release continued.

The distinction comes from surveys about the workplace completed by its employees, the release noted.

Crew was awarded the No. 2 Top Workplace for large employers for the third consecutive year, the release stated.

“The success of our organization starts with our team members, and we are incredibly proud to earn this recognition,” said Bill Dahm, CEO of Crew Carwash. “This award not only acknowledges our workplace as one of the best in Indiana, but it highlights our continued commitment to our team members and their personal and professional development.”

The carwash chain prides itself on its reputation for providing outstanding customer service and for hiring leading talent throughout the state of Indiana, the release noted.

“We are so happy to share this award with our entire crew,” said Billy Schaming, president and COO of Crew Carwash. “Our professional and dedicated team members make it possible to deliver on our brand promise of clean, fast and friendly service every day.”

In addition to the Top Workplace award, Schaming was recognized with the special award for leadership in this year’s Top Workplace survey, the release added.

The award was received based on the employees’ answer to the question, “I have confidence in the leadership of my company,” the release continued.

Crew Carwash offers several unique benefits and development programs for part-time and full-time employees, according to the release, which include a starting wage of $11 per hour for part-time day associates.

Crew members also have the opportunity to work their way to management positions through the Crew Carwash Leadership Development Program or its Fast Track Management Program, which takes about 10 months to complete, the release noted.

In addition, Crew offers a tuition assistance program for college, which provides up to $2,500 per year paid directly to the student, as well as a student loan payback program, the release added.

COLORADO SPRINGS, Colo. — The Mitchell High School football program was able to raise $2,210 at its carwash fundraiser hosted by Wild Blue Car Wash’s Academy location on June 9, 2018, according to a press release.

Wild Blue Car Wash donated 50 percent of its wash sales from the fundraiser’s duration to the group, while team members and volunteers sold hot dogs, chips and drinks, vacuumed and dried cars for additional donations, the release noted.

“The Mitchell High School football team would like to thank all those that supported us this past Saturday at Wild Blue Car Wash on Academy Blvd.,” expressed Coach Corey Anderson. “The funds raised will be applied to our trip to the CSU Pueblo Full Contact Team Football Camp. This camp is a tremendous opportunity to build character, learn proper skills and team bonding. This would not be possible for our athletes without the support shown. We would also like to Wild Blue Car Wash for their wonderful support, donation and the opportunity they provided us. Their support of the community is rare and special.”

WASHINGTON, Mo. — According to www.emissourian.com, Wash House Car & Pet Wash, a self-serve carwash, is expected to open by mid to late August.

Owners Jaren and Hannah Servais began their relationship at a carwash and then got married, the article continued; now, 10 years later, they are finally opening their own.

The carwash will be open 24 hours per day year-round at 3098 Recreation Dr. and will feature two in-bay automatic stations (one soft touch and one touch-free), three self-serve bays and one dog wash, the article stated.

Concerning the dog wash, Owner Jaren Servais said, “It’s an opportunity we wanted to jump on. A lot of people say they’d rather leave their mess here than in their tub at home.”

There will be parking available on both sides of the carwash, the article concluded, with three vacuum stations and a detailing area.

Justice and Rolf have ambitious plans, the next of which is to introduce mobile detailing services, the article noted.

“We will soon be getting a van,” Justice said. “Once we get the van, we will be able to do pressure washes on houses, driveways and patios.”

“This is only the beginning,” Rolf said. “We just hope to continue to grow from here.”

LANCASTER, Pa. — According to www.lancasteronline.com, Ceramic Pro Auto Spa, a high-end detailing and paint-protection shop specializing in nanoceramic coatings, opened in January and is the blueprint for other shops to come nationwide.

Ceramic Pros products have been distributed in detailing shops for years, the article noted, but this is the nation’s first independent shop to be licensed by the company.

The shop itself appears luxurious, with attractive lighting, a waiting area similar to a hotel lobby and an organic coffee bar with nitro cold-brew on tap, the article noted.

Matt Kelly, co-owner of Ceramic Pro Auto Spa, said, “Our clients appreciate that. Most detailing businesses, you go in there and you get the creeps.”

The building underwent a major renovation, which delayed the opening from August 2017 to January 2018, and the owners spent $400,000 in total on it.

Kelly notes that after five months in operation, the business has about 25 employees on its payrolls and the schedule is fully booked several weeks out, the article noted.

Kelly and his partners also host events at the shop, such as a dog-and-car show and a parking lot carnival, the article stated.

“This is proof of concept,” Kelly said, looking around the shop on a busy Wednesday afternoon. “From here, we have really great numbers, so it’ll be easy to sell that elsewhere.”

Kelly realizes there are challenges associated with selling a paint-protection product that could be deemed expensive to people who are used to traditional wash and wax detailing, the article added, but he believes that once customers see and touch the product that it will sell itself.

“We want to set ourselves apart from all the other detailing businesses out there, because we’re providing a different service,” he stated. “And it takes a little bit of education of the customers to understand why it’s a little bit more expensive.”

JP Autobody has been in business since 2014, offering various types of vehicle protection services, from window tinting, spray-in bed liners and ceramic paint coating to traditional detailing, the article continued.

All products JP Autobody uses are high-quality, the article concluded, and it come with warranties on window film, spray-in bed liner and ceramic paint coating for multiple surfaces.

Advertisement
In this article:Awards, expansion