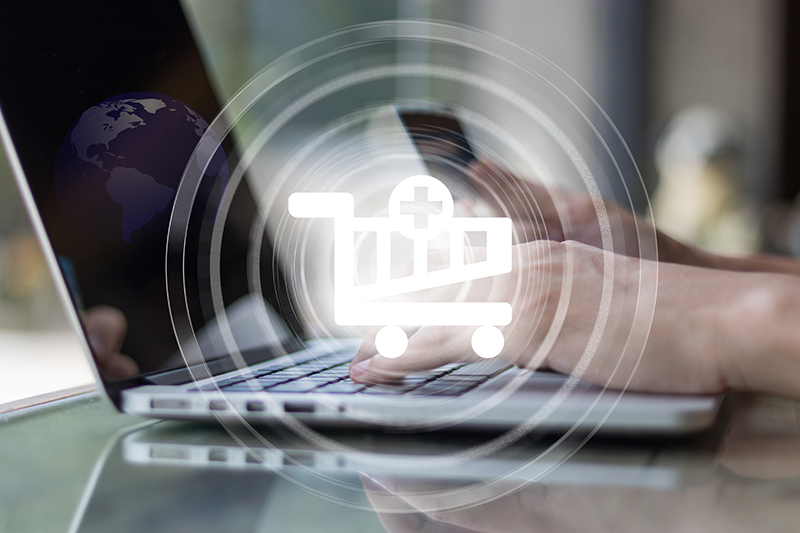 This week, we cover a web solution, a grand opening, a new hire, a new bill and a charity event.

This week, we cover a new NCS web solution, a grand opening, a new hire, a new bill and a charity event.

GRIMES, Iowa — National Carwash Solutions (NCS) has announced a new e-commerce platform to purchase its products and services, according to a press release.

NCS customers now have the ability to purchase premier OEM parts, brushes, chemicals and tech supplies at the click of a button, the release noted.

The online carwash parts that are available for purchase come from all NCS sites, including MacNeil, Ryko and NCS’s main website, the release added.

All parts purchases can be made with a credit card directly on each site, the release stated, and orders can be processed and shipped out within 24 hours.

“Allowing our customers to order parts online is just another way we are making it convenient to do business with NCS,” said Ronnie Vickers, vice president of operations for NCS. “We will continue to grow our inventory online, so that you, the customer, can have easy access to carwash parts.”

NCS unveiled this service, along with other carwash innovations, at the 2018 NACS show in Las Vegas Oct. 7-10, the release noted.

For a limited time only, NCS is offering a Ryko Brush Blowout Sale to kick off the new e-commerce business, the release stated: The complete SoftGloss Maxx 5 Brush Set is available for a special promotional price of $9,500 with free shipping.

This limited time offer will expire Oct. 31, 2018 and is only redeemable on the Ryko and NCS Parts e-commerce sites for domestic purchases only, the release added; certain terms and conditions apply.

To learn more about what products are available for online purchase, visit macneilwash.com/parts, ryko.com/parts and nationalcarwashsolutions.com/parts or contact [email protected].

PALMER, Pa. — According to www.mcall.com, Shammy Shine opened its 15th carwash on Sept. 20th at 2640 Kingston Rd. in Palmer Township.

The company plans to open its 16th facility, a second location in Phillipsburg, in 2019, the article stated.

The carwash is open from 7 a.m. to 7 p.m. daily, weather permitting, the article concluded.

Lemmen brings an international perspective and growth-centric mindset to the Tommy’s team, having served for five years with distinction as a management consultant at The Boston Consulting Group (BCG), the release continued.

While his former responsibilities focused on global consumer goods and retail sectors, primarily concentrated in Latin America and the U.S., Lemmen will now be responsible for helping both carwash businesses navigate the aggressive growth triggered by the success of the Tommy’s Express Car Wash franchise, the release stated.

Lemmen is a native of West Michigan and holds a Bachelors of Business Administration degree from the University of Michigan’s Stephen M. Ross School of Business, the release concluded.

PARSIPPANY, N.J. — President Trump signed the America’s Water Infrastructure Act of 2018 into law on Oct. 23rd, making federal water infrastructure investment a top priority for the nation, according to a press release.

This important legislation will help communities across the nation improve the safety and reliability of their drinking and wastewater systems, the release continued.

For the past year, Hydraulic Institute staff and members have met with legislators in the U.S. Congress on both sides of the aisle, advocating for this legislation and touting its importance to American jobs, U.S. competitiveness and the health of communities, the release stated.

According to the release, the America’s Water Infrastructure Act will:

MINNEAPOLIS — A community foundation started by Bobby & Steve’s Auto World declared a success its first year partnering with a substance abuse treatment center dedicated to repairing young people’s lives and getting them back on the road as productive members of society, according to a press release.

Bobby & Steve’s Auto Word Youth Foundation has been collecting vehicles from the public and selling them at auction in support of Cars for Recovery, a program run by Minnesota Teen and Adult Challenge, the release continued.

This mission is just one of several that the Youth Foundation has been carrying out since 2007 and includes upgrading numerous public parks, providing books to young people in the metro area and awarding grants for worthy causes whose mission is to support positive outcomes in people’s lives, the release noted.

“Our goal is to help anyone be who they want to be,” said Melissa Peterson, Bobby & Steve’s administrative consultant who is active in the Youth Foundation’s operations.

Peterson added that the Cars for Recovery partnership not only keeps vehicles in circulation and not in incinerators or landfills, but it also gives teens and young adults a chance to avoid being thrown aside, the release noted.

Bruce Studer, vehicle donations manager for Cars for Recovery, said that Bobby & Steve’s has played a major role in his program’s impressive growth of roughly doubling the number of vehicles collected annually, from 131 in 2015 to a record 255 last year, the release noted.

And, that record is about to topple, the release added: As of mid-October, Cars for Recovery has received more than 200 vehicles with the heavy donation months on the 2018 calendar still to come.

However, Studer points out, the actual number of vehicles donated is just one measure of Bobby & Steve’s value to his program and Minnesota Teen and Adult Challenge, the release stated.

“Because the Bobby & Steve’s vehicles are sold at public auction and on weekends,” Studer said, “I have seen my revenues go up tremendously, this makes a big difference.”

Studer said he wants the people at Bobby & Steve’s to know their partnership has not only helped those steady their lives, but it has touched his heart as well, the release added.

“I’ve had guys who have gone through recovery reach out and grab me and give me a hug,” Studer said. “They say, ‘You just don’t know what this means to me to get this vehicle.’”

He recalled one recovery program graduate tell him Cars for Recovery made it possible for him to have his first vehicle in seven years, the release stated.

“This really puts a smile on my face,” Studer said. “That’s what’s most rewarding.”