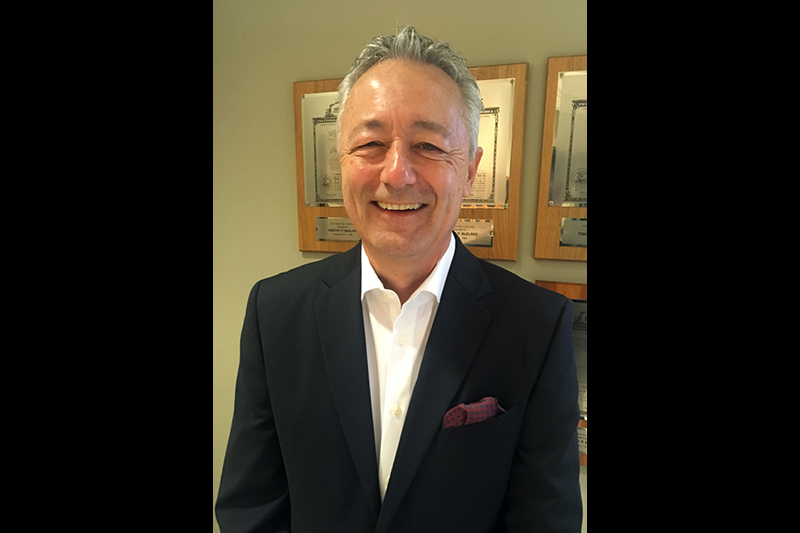 This week, we cover a new hire and new carwash construction.

This week, we cover a new hire at Proto-Vest and new carwash construction.

GLENDALE, Ariz. — Proto-Vest Inc. has announced the appointment of Jeff Reichard as president, according to a press release.

Reichard has a substantial equity position in the company, the release continued; he will have full profit and loss responsibility while overseeing operations, sales, finance and product development to ensure profitability, quality and delighting the customer with “world class service” for Proto-Vest’s strategy and execution.

He will ensure that the business will run in a more efficient operation and that the proper resources, distribution and services to customers are at the highest levels, the release noted.

Reichard has started implementing his strategic vision in running a core successful operation with higher performance goals to support the accelerated profit and growth of Proto-Vest Inc., the release added.

Reichard is an accomplished, seasoned executive with extensive domestic and international experience in both the Dow component and entrepreneurial business sectors, the release stated.

He has held the CEO/president position for multiple business sectors, such as manufacturing, service industries, healthcare transactions, distribution, software development, consumer products, automotive and aerospace, the release continued, and the sales of these organizations range from $2 million to $3.2 billion.

“I am a fixer and a grower of companies that have value,” said Reichard. “I am excited about the opportunity to lead the next adventure in Proto-Vest technology leadership in the carwash drying industry.”

Prior to Proto-Vest Inc., Reichard was president of WebMD’s ExpressBill, a $450 million division that is also a medical transaction business, the release added.

Reichard served in a number of executive and senior leadership positions at AlliedSignal/Honeywell International, the release noted.

He was president of Aerospace Hardware Product Group with global sales in excess of $1 billion, vice president and general manager of the Aftermarket Enterprise of Bendix from 1994 to 1998, and sector vice president of materials management for the automotive sector with a worldwide annual spend in excess of $5 billion while living in Paris, France, and Detroit, Michigan, the release noted.

Reichard is a graduate of Youngstown State University with an MBA from the Harvard Business School, the release added.

He and his wife, Diane, have a daughter and four grandchildren, the release concluded.

SIOUX CITY, Iowa — According to www.siouxcityjournal.com, Silverstar Car Wash, based in Sioux Falls will be expanding in the market with four locations.

Construction is expected to begin in August on locations at 1700 Hamilton Blvd. and Floyd Blvd., to open in 2020, the article continued.

The other two locations at Cornhusker Dr. and an as-yet-undetermined location should open by the end of 2020, the article noted.

Each wash will feature a long express tunnel with a chain-and-roller system, and the buildings will be about 5,000 square feet, the article added.

Silverstar currently has five locations; a sixth location will be open in a few weeks, and the company also recently announced two locations in Brookings, South Dakota, the article stated.

Silverstars employs just over 100 people at its carwashes in Sioux Falls, and there will be a similar number of employees across Sioux City, the article noted.

Silverstar offers an unlimited wash pass for $14.95 as well as free vacuums and towels, the article concluded.

CEDAR RAPIDS, Iowa — According to www.thegazette.com, a franchisee of Tommy’s Express of Holland, Michigan, has begun construction of a carwash on Westdale Pkwy. SW at 29th Ave. SW.

The company has franchisee locations in 15 states, and the Cedar Rapids location will be the first in Iowa, the article continued.

The new Tommy’s Express will be within half a mile of the new Mister Car Wash under construction at 3405 Williams Blvd. SW, the latter of which is also building another location at 5620 Edgewood Rd. NE and expects to open said location by the end of the year, the article concluded.

Owner Danny Giefer, an Emporia city commissioner, hopes to get started on construction as soon as Aug. 14th, the article continued.

Giefer said he has been researching new carwash technology for the past six or seven years and plans to install top-of-the-line friction wash methods at this location, the article noted.

The carwash is a $4.2 million investment that will be Giefer’s fourth carwash in the city, the article stated.

The carwash is expected to open in late January, the article concluded.