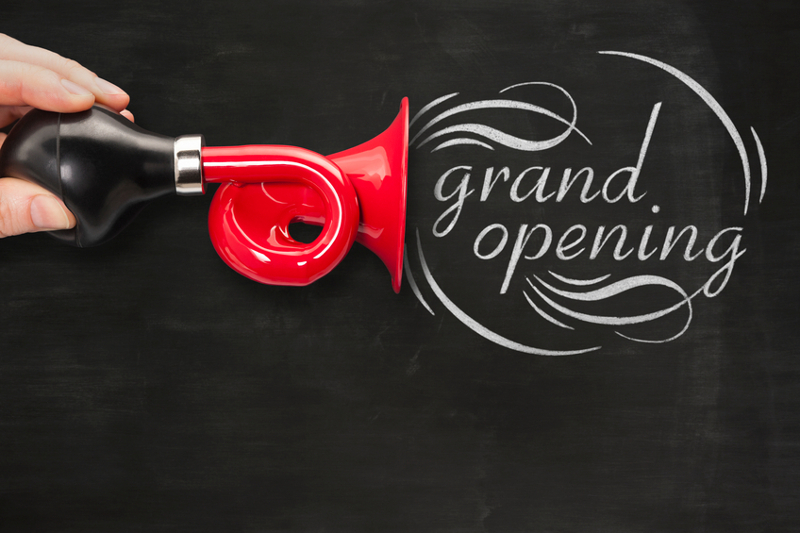 In this edition of Market Focus, we cover a Quick Quack grand opening as well as several others, a relocation, a detailing project and groundbreakings.

SACRAMENTO, Calif. — Quick Quack Car Wash is celebrating the opening of a new express exterior carwash in the Sacramento area by giving away free carwashes for 10 days, according to an article on Carmichael Times.

The free carwash giveaway at the new location started on July 26th and will run through August 4th, noted the article.

The new Quick Quack is located at 1120 Exposition Blvd., added the article; the carwash is open every day from 7 a.m. to 9 p.m.

According to the article, this is Quick Quack’s 13th carwash in the greater Sacramento area, and it is the 35th carwash operated by one of the nation’s leading chains, with additional locations in the Utah, California, Texas and Colorado.

“We are proud to continue a wonderful tradition of community involvement as we grow to cover all of Sacramento,” said Ed Hitchcock, regional operations leader for Quick Quack Car Wash. “We know we can wash cars fast and keep them clean, but we also believe we can make a real difference to our teams, customers and communities.”

LITTLETON, Colo. — The South Metro Denver Chamber of Commerce officially welcomed WOW Carwash to the community with a ribbon-cutting ceremony as they celebrated the grand opening of WOW’s first carwash on July 20th, according to a company press release.

The festivities lasted all day and included food and prizes, including wash books and unlimited wash club memberships, continued the release.

A total of 1,112 free WOW washes were provided throughout the day; WOW also launched a raffle for a YETI cooler and YETI tumblers, the release noted.

The raffle will be open until August 15th for all customers who sign up for one of WOW’s monthly, unlimited wash memberships, added the press release.

WOW also partnered with local businesses, noted the release, to provide refreshments to all those in attendance.

“We appreciate the support extended to us by Atlas Coffee and 3 Potrillos Restaurants through their kind donations of coffee and snacks on our special day,” expressed WOW Manager Karl Thomas.

“We are very excited to become part of this community and to bring our first carwash to the public,” stated co-owner Julie Petty. “As a family-oriented business, we are dedicated to serving our local community and giving back by supporting local nonprofit organizations. We look forward to hosting additional events in the future to support important causes.”

Anticipating great success with WOW Carwash in the Littleton, Colorado, community, the family-owned business has its sights on the future, concluded the release; plans are currently in development to open more WOW Carwashes throughout the Denver market.

COLUMBIA, S.C. — According to an article from The State, a popular Frank’s Car Wash location will be relocating in the near future.

According to Frank’s’ Car Wash Owner Mike Hutchins, the decision to move was not voluntary, but it is necessary as a result of a new intersection that requires use of the current site.

The new Frank’s location is only 200 yards away, continued the article, and it will have the same size tunnel as well as two vacuum canopies; additionally, the new site’s entrance is also deemed easier to access compared to the current location.

“That location is only eight years old, but the new one will be even more up-to-date with the latest state-of-the-art systems,” Hutchins said. “It will be even better in terms of functionality.”

According to the article, Hutchins purchased the business from his father, Frank Hutchins, in 1992; the first location opened on Bush River Rd. in 1973.

SEATTLE — From July 24-30, master automotive and aircraft detailer Renny Doyle of Detailing Success and his newly-formed board of directors for his Detail Mafia are managing the largest Air Force One Detailing Team in the 14 years of the Air Force One Restoration Project, according to a press release.

This year, over 50 of the best detailers from around the country came together at Seattle’s Museum of Flight to continue their role as caretakers to the first presidential jet, known as Air Force One, the release continued.

In addition to Air Force One, the prestigious team will also clean, polish and apply protective coatings to 16 additional aircraft on display at the museum, the release noted, including the now retired supersonic Concorde Alpha Golf, a WWII B-52 Stratofortress Bomber and the first “Jumbo Jet” Boeing 747.

“This project began nearly 15 years ago with a Bush Administration official asking me to save an icon of aviation history that was falling into ruin on the tarmac at Seattle’s famous aircraft museum,” said Renny Doyle. “I had about five detailers I trusted on such a difficult project, and when we saw the plane for the first time, we were horrified at its condition. I knew it would take years, but we could bring back the paint, maintain the bright work and stop the aging of an aircraft that had served as a flying Oval Office for Presidents Eisenhower, Kennedy, Johnson and Nixon.”

In 2011, Doyle started handpicking detailers — all of whom run their own detailing and carwash businesses and have agreed to work voluntarily — to form a team of 25 to 30 detailers as the museum added additional airplanes to the maintenance project, the release concluded.

MASSILLON, Ohio — According to an article on www.cantonrep.com, a carwash facility is being built at an auto dealership on 2030 Wales Rd. NE that will also have a unique, sparkling, LED light display.

“It’ll have an LED light show going on inside the machines while the wash is running,” John Dunn, general manager of fixed operations for Progressive Auto Group, said. “It might even stop some traffic on Wales (Rd.).”

Dunn added that the $3-million-dollar carwash is likely to be finished in mid-August and open in September, and unlike the average carwash that uses 16,000 gallons of water per day, this one is expected to use approximately 8,000 gallons, the article noted; the undercarriage wash will use reclaim water stored in four underground tanks below the carwash.

The entire wash will resemble an erector set with towering green beams, glass siding and an arched roof in addition to its 120-foot-long tunnel, which will be able to wash 120 vehicles per hour, the article added.

There will be four to six employees at the carwash, and customers will have access to 13 free vacuum stations, the article concluded.

SIOUX FALLS, N.D. — According to an article from www.argusleader.com, Silverstar Car Wash plans to open a fourth location in Sioux Falls, North Dakota, at 1740 S. St. Michaels Cr. and is breaking ground in August.

The carwash will be 5,200 square feet, allow five cars through the tunnel at a time and have 14 vacuum bays, the article continued.

The wash will cost $1.09 million to build, the article added.

Employees will guide vehicles into the wash and hand wash any areas that need extra preparation, the article stated; at the end of the three-minute wash, customers will go through an area with 10 dryers before exiting.

The business will also offer unlimited monthly wash plans from $24.95 to $34.95, the article noted; one of the owners commented that approximately 40 percent of the current wash customers are monthly plan members.

“We really realized the ones that were successful have a network around town,” co-owner Ryan Holte said.

Old carwash being torn down for new one

FORT MADISON, Iowa — According to an article on www.dailydem.com, Fort Madison currently has three carwashes in town, all owned by one man: Eric Freitag.

Freitag has decided to tear down one of his existing washes and remake it, the article continued.

The new carwash will have a detail shop, four self-serve bays and a self-serve dog wash, the lattermost of which will be enclosed and open 24 hours a day.

“It will have a stainless steel sink,” Freitag said. “You can wash your dog and dry your dog. There will be a vending machine with towels and doggie treats.”

Now, Freitag hopes to begin in August and be finished before the winter, the article stated, but Freitag added that tearing down the existing carwash would be only a minor part of the project.

“The hard part will be redoing the infrastructure,” Freitag said. “We will have to redo the plumbing and electrical work.”

Freitag claims to be investigating either using block construction or poured concrete, the article concluded.