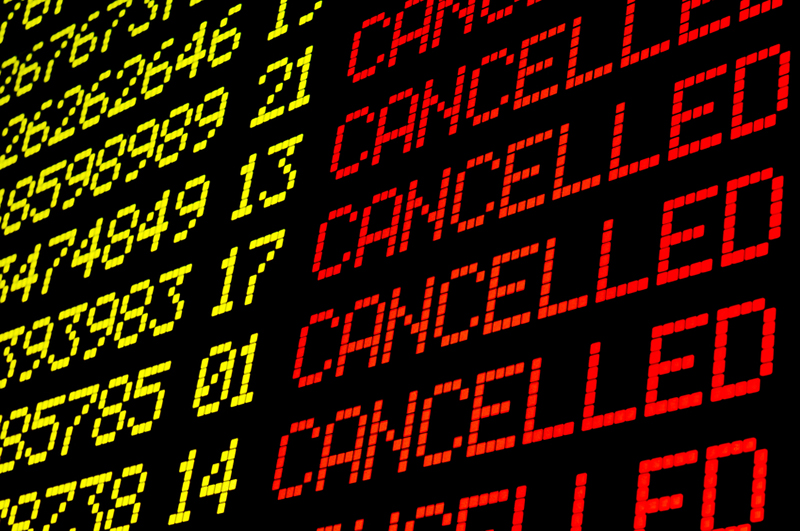 In this week’s Market Focus, we cover the SECWA Expo cancellation, a newly designed website, a carwash-sponsored contest, a charity donation and an award.

DURHAM, N.C. — According to a message on the Southeastern Carwash Association’s (SECWA) website, SECWA has cancelled the convention and expo that was scheduled for Oct. 9th to 11th in Savannah, Georgia, due to the possibility of Hurricane Matthew striking Savannah and the southeastern U.S.

SECWA is exploring the possibility of rescheduling the convention, the message noted, and will update everyone as soon as possible.

The message also stated that the Westin will cancel all reservations associated with SECWA, so if you booked with the SECWA discount rate, you need not contact the hotel.

SECWA’s first priority, the message continued, is to keep everyone safe and out of harm’s way.

DE PERE, Wis. — Cleaning Systems Inc. (CSI) has announced the launch of their newly designed website, according to a company press release.

You can visit them at their new web address, www.cleaningsystemsinc.com, the release continued, which went live on Monday, Oct. 3rd.

CSI wanted to make the new website faster, easier to navigate, more user-friendly and all with full functionality on mobile devices, the release noted.

As a technological leader, CSI regards it as important for to make information regarding solutions, services and trends easily accessible for their current and prospective customers, the release added.

They endeavor to provide their partners with the most accurate, up-to-date information, the release stated, and share their knowledge and expertise.

According to the release, key enhancements include:

CSI is excited about the new look and flexibility the formatting gives them to keep the site fresh and up to date, the release added.

As you familiarize yourself with the new site, please forward any comments or suggestions to [email protected]eaningsystemsinc.com.

ROSEVILLE, Calif. — Quick Quack Car Wash has announced the sponsorship of a creative writing contest aimed at fourth to twelfth-grade students aged eight to 18 years old, according to a company press release.

The writing contest encourages students to invent the biography of the company’s beloved mascot duck named Quackals, the release stated.

The contest has an entry deadline of Nov. 1, 2016, the release continued, and has a grand prize of $1,000 for the selected entry and eight $100 prizes for one winner chosen from each grade level.

The teacher and parent or guardian of each winning student will receive Free Unlimited Carwashes for one vehicle for one year, the release noted.

Winners will be selected by Quick Quack Car Wash and its customers, according to the release, and the results will be announced on Dec. 1, 2016 and posted on DontDriveDirty.com.

“For years we have wanted to tell the story of Quackals, the Quick Quack Duck, and share with our fans more of his background and how he became our mascot,” said Travis Kimball, Chief Marketing Officer of Quick Quack. “Now we have the opportunity to let our fans participate in that storytelling. We are excited to read all of the creative entries describing where he came from and how he ended up as the mascot of our growing chain of car washes.”

Quick Quack Car Wash has an established track record of being an active community partner, sponsoring local events and athletic programs as well as contributing to community groups’ fundraising efforts, the release stated.

Quick Quack is regularly named the favorite or best carwash in the areas where they operate, the release stated, and has been recognized and honored for sustainable business practices and water conservation.

CINCINNATI — During on-field ceremonies prior to the Reds vs. Chicago Cubs on Friday, Sept. 30th at Great American Ball Park, representatives from Mike’s Carwash presented a check for $18,969 to the Reds Community Fund, according to a company press release.

The donation was a result of all of the proceeds from Mike’s BowTie Tuesday promotion during the 2016 Reds season, the release noted; Mike’s pledged to donate $1 to the Reds Community Fund for each Ultimate Wash purchased on Wednesdays following a Reds win on Tuesday.

The Cincinnati Reds won 10 of the 23 games on Tuesdays during the 2016 season, the release stated.

“We are honored to be able to contribute to the great work done by the Reds Community Fund,” says Mike Dahm, president of Mike’s Carwash. “We are so grateful to all of our customers this year who gave to this worthy organization.”

Since its inception in 2001, the release continued, the Reds Community Fund has been dedicated to improving the lives of youth through its baseball themed outreach efforts.

The award winner is elected by their franchise company and is done so based on a number of qualifications, the release noted, all of which have been exceeded by Daniels.

Daniels owns five Grease Monkey® centers in Idaho and has been a part of the Grease Monkey family since 2014, the release stated.

Ever since he became a Franchisee with Grease Monkey, Daniels has undeniably taken the Grease Monkey System of Operations to the highest level, the release continued; all of his centers are Pit Crew Certified and have installed and adapted the Pit Crew Guarantee™.

Daniels continues to see sales increase at all of his centers, the release noted, which can be attributed to his superior leadership skills and his dedication at each center.

He has worked hard at building a strong team of employees who are all extraordinarily customer focused and Grease Monkey driven, according to the release.

Daniels keeps the teams at each center motivated by sending weekly updates to everyone, by holding a weekly Manager and Customer Service Manager meetings and by creating serious competition between the centers, the release continued.

Not only does Daniels make a difference in his centers, the release added, but he also positively impacts his community and requires his managers to pick a nonprofit group to join.

After two years of being a Grease Monkey Franchisee, he is a Franchisee many others already look to for guidance, the release stated.

For more information, go to www.greasemonkeyintl.com.