This week, we cover leadership changes at Tommy’s Express Car Wash, a groundbreaking, a sale and a new opening.

With the addition of the CIO job role, Essenburg will lead the company’s increased focus on innovation and new products, the release stated.

“We realize there is even more opportunity for us to grow even faster as our model continues to prove successful in many markets around the country,” said Essenburg. “To best manage that growth, we’ve added a real estate company that funds and develops sites, as well as an operating company that operates Tommy’s Express Car Wash locations.”

The company currently has 45 carwash locations with over 230 future sites currently in development in the U.S. and abroad, the release concluded.

Check out our follow-up interview with Tommy’s Express’ new CEO Alex Lemmen about the company’s changes.

TAMPA, Fla. — Woodie’s Wash Shack, the carwash brand inspired by the early ‘60s surf culture, has begun construction on its first of many Hillsborough County locations, according to a press release.

Woodie’s members will now be able get their cars washed on either side of the bay, the release continued.

Unlike Woodie’s St. Petersburg location, this wash is being built from the ground up, allowing the Woodie’s team full creative freedom to design the best wash experience for members, the release added.

It’s expected to finish construction in January 2021 and will also offer more jobs to the area, the release stated.

This new wash shack features a state-of-the-art “wave glide” system in the wash tunnel, cleaning cars more efficiently without the risk of damage compared to the chain and roller system, the release noted.

All Woodie’s locations use state-of-the-art technology that promotes conservation by recycling approximately 75% of water used in the process, the release added.

This new location aligns with Woodie’s 2020 expansion plan to target the west and central coast of Florida, and this specific location will serve the burgeoning development of South Tampa, the release concluded.

The brand-new Quick Quack Express Car Wash ground lease, which opened in March 2020, is located at 16988 S. Highland Ave. and is situated on 0.77 acres, which includes a 3,590-square-foot building, the release continued.

The buyer was a private investor from Korea and was represented by Mark Hong of Korus Real Estate Inc., based in Los Angeles, the release noted.

The purchase price was $2,625,000 representing a 5.33% cap rate, a record-low nationwide for a new Quick Quack net-leased express carwash, the release stated.

“We generated multiple competitive and qualified offers and closed escrow at 98% of the asking price,” said Kevin Fryman, an executive vice president for Hanley Investment Group. “We successfully executed a pre-sale marketing strategy and secured a non-1031 exchange buyer prior to completion of construction and facilitated a longer escrow to meet both the buyer and seller’s investment goals.”

Bill Asher, an executive vice president for Hanley Investment Group, added, “The sale represents the first single-tenant Quick Quack to sell as a net-leased investment in California. Single-tenant net-leased express carwashes have become an increasingly popular investment in today’s market and an attractive alternative at a higher return compared to other net-leased assets, such as drive-thru fast food, banks or coffee investments.”

Asher noted that Hanley Investment Group has been one of the most active brokerage companies in the sales of single-tenant net-leased express carwashes, with 30 sales valued at $120 million in the last 24 months, the release concluded.

The non-profit business will offer employment to those who have any intellectual or developmental disabilities, including autism, Down syndrome and cognitive delay, the article continued.

The social interaction, economic literacy, job-skill training and experience for future employment will benefit young adults who face challenges because of their disabilities, the article noted.

Good Old Days is also seeking volunteers to assist the employees for a few hours a week, the article added.

Job and volunteer applications can be found on the company’s website, www.godcarwash.org, the article stated.

In light of COVID-19, at the time of reporting, the carwash will only do exterior services with a limited number of employees and volunteers until all restrictions are lifted, the release noted.

Carwash employee pinned between vehicles
Connect with us 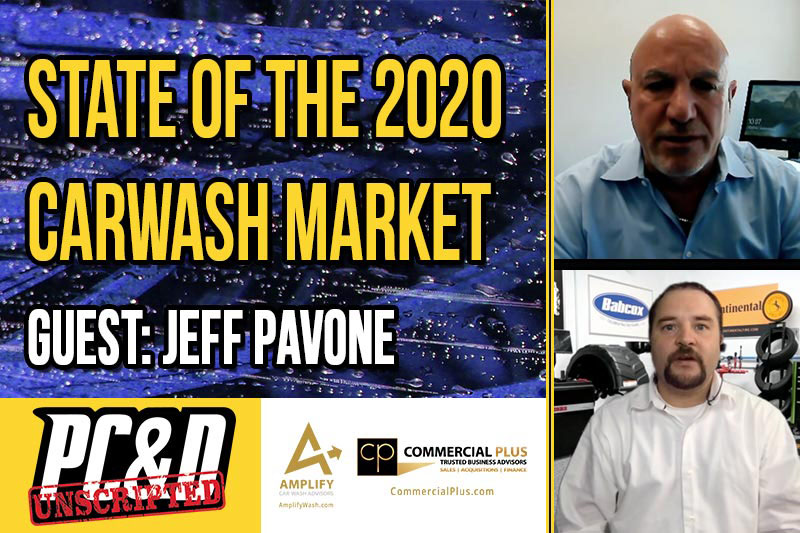