This week, we cover a new N1 Buying Group partnership, a new company offering and a charity program.

LAS VEGAS — The N1 Buying Group has announced that Towels By Doctor Joe (a division of Kleen-Rite Corp.) of Columbia, Pennsylvania, has become a supplier partner to the N1 Buying Group, according to a press release.

Towels By Doctor Joe will fulfill the towels product category for the N1 Buying Group membership, the release continued.

In 1971, Joe Gartland, aka Doctor Joe, started out as a family business that sold “wiping rags,” but the company also sold towels to carwashes that were mostly seconds and towel remnants, the release noted.

In 1995, Gartland started out on his own when textile mills were moving offshore and he was able to commission these mills to make towels, resulting in a business explosion, the release added.

Fast forward to 2018 and the entire business was acquired by the Kleen-Rite Corp., the release stated.

Gartland was asked to stay on to help customers with advice on towel selection and to provide solutions to all towel problems, the release concluded.

For more information about Towels By Doctor Joe, visit www.drjoetowels.com.

PITTSBURGH, Pa. — GetGo Cafe and Market has announced the launch of a multi-faceted electric vehicle charging station expansion strategy, beginning with the opening of the retailer’s first Tesla Supercharger Station at a GetGo in Washington, Pennsylvania, according to a press release.

In addition to working with Tesla on additional Supercharger Stations in the near future, GetGo is in the process of launching its own proprietary, universal charging stations over the next 12 months, the release continued.

The combined efforts will enable GetGo to provide all guests with charging station access, regardless of the type of electric vehicle driven, the release added.

GetGo is a leader in delivering high-quality fuels, both traditional gasoline and an array of alternative fueling options, the release stated.

The retailer offers compressed natural gas fuel at various locations across Pennsylvania and Ohio and has plans to make electric vehicle charging stations accessible in all markets across its five-state footprint by 2025, the release noted.

“At GetGo, we are in the mobility business. It’s exciting to begin to build the next generation of energy services for our customers,” said GetGo President Polly Flinn. “We are thrilled to get started by partnering with a global leader like Tesla and are looking forward to opening our own GetGo universal chargers at several sites in the next six to 12 months.”

While the pandemic has impacted sales of all cars, including electric vehicles, alternative energy authority CleanTechnica estimates that more than 87,000 electric vehicles were sold in the U.S. between January and June 2020; as these sales continue, the need for consumer access to charging stations only increases, the release concluded.

AURORA, Colo.— In honor of Veterans Day on Nov. 11, 2020, Dutch Car Wash provided free “Ultimate Ceramic” carwashes to all veterans and current military personnel, according to a press release.

A total of 83 washes valued at $1,659.17 were provided throughout the day, the release continued.

Every year, Dutch Car Wash, along with thousands of other carwashes throughout the world, provides free carwashes as part of the Grace For Vets program, the release noted.

“This day was about saying thank you to the brave men and women who have served and are currently serving our country,” said Dutch Car Wash owner Willy Beumer. “We look forward to this day every year.”

The Grace For Vets program was founded in 1998 by Mike Mountz, who vowed to find a way to honor veterans when he served and saw first-hand amputees and the seriously wounded at the Veterans Hospital in Valley Forge, Pennsylvania, the release noted.

With the help of carwashes across the country, more and more military servicemen and servicewomen are recognized each year through this program, the release concluded.

This chamois offers superior absorbency for a quick drying time and is tear-resistant for long-lasting durability. 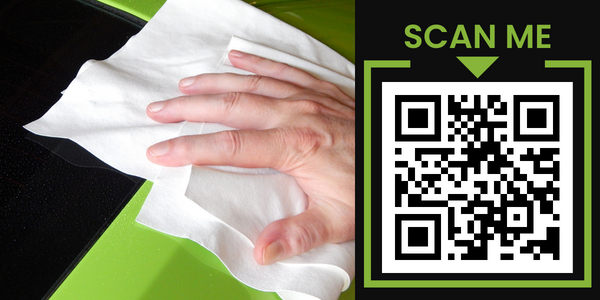