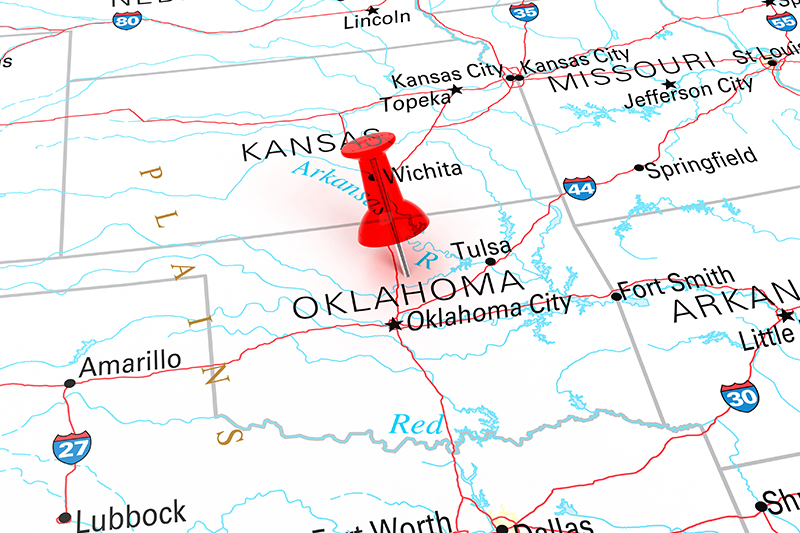 In this week’s Market Focus, we cover expansion, a new hire, fundraising and growth projections.

In this week’s edition of Market Focus, we cover expansion for Zips Car Wash and other companies, a new hire, fundraising and growth projections.

LITTLE ROCK, Ark. — Zips Car Wash acquired its eighth location in the Oklahoma City area on May 1, 2018, according to a press release.

The acquisition of Tunnel Express Car Wash at 3612 E. 2nd St. in Edmond, Oklahoma gives Zips eight locations in Oklahoma City for a total of 13 stores in the state and 115 stores across the nation, the release continued.

“We’re excited to add to our presence in the Oklahoma City area by bringing Tunnel Express into the Zips Car Wash family,” said Jon Gray, executive vice president of acquisitions, strategic initiatives and memberships for Zips Car Wash. “Our Unlimited Wash Clubs can be used at any of our sites, and adding an additional store means more convenience and benefits for our loyal customers,” he added.

Over the last year, Zips has worked to increase customer engagement with programs like “ZipsCares” for fundraising, “ZipsPerks” for large businesses, the Zips Text Club and most recently a Zips Rewards app, the release noted.

“Our growth is allowing us to put some of our forward thinking into action,” said Gray. “With growth comes the ability to offer more jobs to local residents, help more community organizations and get to know our customers better through new technology.”

In 2018, Zips Car Wash has acquired 16 stores, including locations in Texas, North Carolina and Tennessee, the release stated.

The company’s strategic growth pattern involves investing in existing operations with great reputations, staff and convenient locations and integrating them into the growing Zips chain to provide cutting-edge technology and service, the release concluded.

“I’m excited to welcome John to the Sonny’s family,” said Paul Fazio, CEO of Sonny’s Enterprises. “John understands the global manufacturing business like no other, with an extraordinary track record of helping businesses like ours streamline operations. Most importantly, John’s role will help us to provide a uniform customer experience and maintain a high level of customer service excellence across all of our brands.”

Reeves will be responsible for daily operations at Sonny’s, including its portfolio companies Diamond Shine, Mr. Foamer and Carwash Services of the Southeast, the release continued.

Reeves brings a unique combination of experience in engineering, manufacturing and sales to ensure all operations are positioned to deliver an extraordinary customer experience, the release noted.

“What I found striking about Sonny’s was its total carwash business offering and undisputed market leadership,” said Reeves. “Sonny’s is uniquely positioned to offer carwash operators the industry’s only comprehensive, end-to-end suite of carwash business solutions, and I’m looking forward to helping the company leverage this advantage.”

BOCA RATON, Fla. — Washé, a mobile app that connects users to professional mobile car washers, for on-demand service at any location, announced it has raised a $3.5 million seed round with a significant investment led by technology entrepreneur and investor Ron Zuckerman, according to a press release.

Washé will use the financing to invest in product development, expand its operations into new markets and build strategic partner relationships, the release continued.

Washé currently operates in South Florida, Southern California, Georgia and New Jersey with plans to greatly expand its operations in Los Angeles and into new markets including Arizona, greater California, the Tri-State area and global markets in the coming months, the release stated.

To date, Washé has provided nearly 100,000 carwashes to users primarily in the South Florida district, the release added, and in the past year alone, the company has experienced 125 percent growth.

“Washé is leading the way in the on-demand carwash space by offering an innovative platform for both consumers and businesses,” said Zuckerman. “Washé’s success over the past two years demonstrates tremendous growth potential, and I’m excited to work with them to expand Washé in the U.S and globally.”

“This round will fuel the next phase of Washé’s growth, and Ron is an important partner, given his vast experience and reach in the technology space, to help scale our business,” said Washè CEO Matt Stadtmauer. “We believe there are immense opportunities for Washé to grow within its vertical business lines and plan to roll-out new features soon to further tap into the on-demand gig-economy.”

Washé works with a network of nearly 1,000 licensed and insured, highly skilled mobile carwashers, offering them opportunities to grow their business through the Washé platform, the release concluded.

Nonprofits raised over $684,000 in 2017 through Autobell® Car Wash Fundraising Program

CHARLOTTE, N.C. — During 2017, charities, schools, and other nonprofits raised over $684,000 through the Autobell® Car Wash Fundraising Program, which launched in 1998 and has assisted nonprofits in raising more than $9 million over the ensuing 20 years, according to a press release.

Popular for its simplicity and as an environmentally friendly option, Autobell provides 501(c)(3) groups with $20 gift cards that do not expire and are redeemable at all Autobell locations in the Carolinas, Georgia, Virginia and Maryland, the release noted, and nonprofits sell the cards at full price and keep 50 percent of the proceeds.

“We’re honored to be able to provide so many nonprofits over the last two decades an uncomplicated and effective method for reaching their fundraising goals,” stated Autobell CEO Chuck Howard. “This program eliminates the need for organizers to plan and execute a parking lot carwash or other large-scale fundraiser. And since all Autobell locations treat 100 percent of the wash water used and recycle up to 100 percent, organizers can be confident they’re encouraging supporters to utilize the most eco-conscious process for washing their cars.”

BIRSTOL, Va. — ISTOBAL expects a double-digit growth rate this year in the U.S. after a huge success at The Car Wash Show™ 2018, according to a press release.

The trade fair has been one of the most successful tradeshows in the history of the U.S. subsidiary of the Spanish group, the release continued.

ISTOBAL presented in Las Vegas its latest innovations adapted to the American market, the release noted; this year ISTOBAL expects to consolidate its presence in professional retail carwashes, c-stores and auto dealers with its rollover range and to continue growing in the truck wash segment, where revenue doubled from 2016 to 2017.

ISTOBAL USA CEO, Jimmy Sisk, stated, “The 2018 ICA Show in Las Vegas was a huge success for ISTOBAL. […] Many orders were completed at the three-day event, making it one of the most successful trade fairs in the U.S. subsidiary’s history.”

ISTOBAL had a special guest in its booth in celebration of the group’s recent alliance with Andretti Petroleum Group: Almost 600 visitors went to the ISTOBAL booth to meet the racing driver Mario Andretti and get an autograph, the release added.

ISTOBAL customers and Mario Andretti supporters enjoyed this special meeting and got his autograph on a commemorative Hero card with facts and figures celebrating Andretti’s unbelievable racing career, the release concluded.

CARBONDALE, Ill. — Finish Line Car Wash, a Paducah, Kentucky-based company, has announced the grand opening of its seventh location, located in Carbondale, Illinois, according to a company press release.

The new location held an Unlimited Wash Club Sign Up promotion — pay $5 for your first month and get the second month free — to celebrate its grand opening on April 20, 2018, the release noted.

The new location in Carbondale is evidence of Finish Line’s recent growth, including both new construction and acquisitions in the surrounding areas of Western Kentucky and Northern Tennessee, the release concluded.

ALSIP, Ill. — According to www.patch.com, Clearwave Car Wash opened on May 3rd in Alsip, Illinois, at 12121 S. Pulaski.

The carwash is an express exterior wash and is offering free washes until May 23rd as well as a promotion to pay only $5 and get unlimited carwashes until July 1st, the article continued.

The Fast Pass monthly memberships range from $16 for the basic package to $29 for the premium package, the article noted.

Clearwave is open daily from 7 a.m. to 8 p.m., the article concluded.

SIOUX FALLS, S.D. — According to www.argusleader.com, after 25 years, the 10th Street Autawash closed after being acquired by Silverstar Car Wash.

10th Street Autawash will close temporarily as Silverstar makes changes to the building and adds equipment, the article continued.

“We want to update a few things that will allow a quicker process for customers, as well as some lower price options,” co-owner Ryan Holte said. “That is where this industry has been going for some time now and why we have been able to grow. But again, we will be doing everything we can to consider all of those local customers that have been going to 10th Street since 1993.”

This new location will be Silverstar’s fifth one in the city, the article concluded; in both 2017 as well as this past February, Silverstar opened a new carwash.