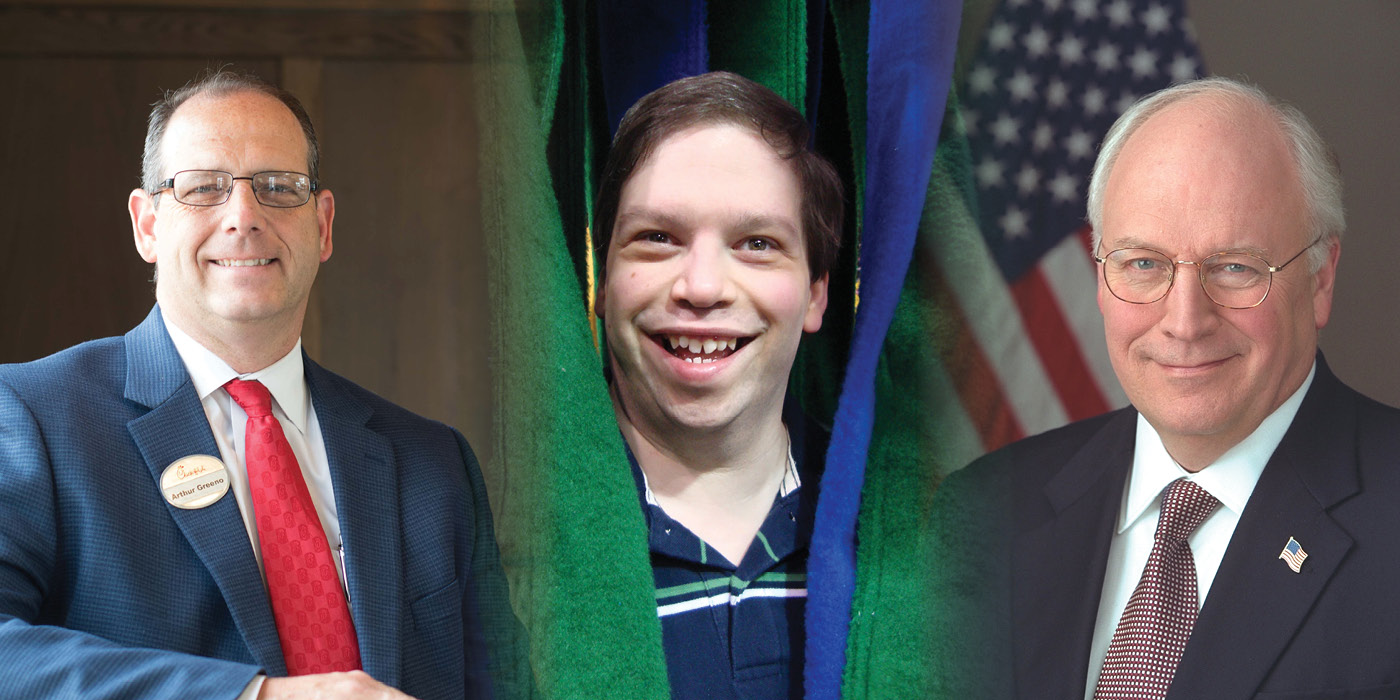 Getting to know a couple of the key participants at this year’s event.

Former Vice President of the U.S. Dick Cheney will be the 2020 keynote speaker for the EXPERIENCE SCWA 2020 Annual Convention & Car Wash EXPO.

Cheney has served more than four decades of public life at the highest levels of government during some of the most critical days in modern American history. In the post-Watergate administration of President Gerald Ford, the president turned to 34-year-old Cheney to lead the White House staff in the work of restoring the nation’s confidence and waging the president’s 1976 campaign.

After leaving the White House, Cheney returned to his home state of Wyoming, where he was elected in 1978 as the state’s sole member of the House of Representatives. Reelected to office five times, Cheney served in several leadership positions and was chosen by his colleagues as the minority whip, the number two position in the House Republican leadership.

In 1989, he was nominated by President George H.W. Bush to serve as Secretary of Defense, and in his four years at the Pentagon, Cheney led American forces to victory in Operation Just Cause in Panama and Operation Desert Storm in the Persian Gulf. In 1991, he was awarded the Presidential Medal of Freedom.

In 2000, George W. Bush asked Cheney to become his running mate. President Bush and Vice President Cheney were inaugurated for the first of two terms on Jan. 20, 2001.

In the eight eventful years of the Bush presidency, Cheney was best known for his involvement in national security matters following the terrorist attacks of Sept. 11, 2001.

Cheney has been recognized by many as the most powerful and consequential vice president in American history and worked side-by-side with George W. Bush to keep our homeland safe and protect Americans from terrorist attacks for seven and a half years following 9/11.

The Southwest Car Wash Association (SCWA) is pleased to announce that Arthur Greeno will be the speaker for the 2020 Convention CEO Leadership Forum on Wednesday, Jan. 29, 2020 at 10:30 a.m.

Greeno has been involved with Chick-fil-A for over 30 years. He never went to business school, so his approach is real and down-to-earth. He believes customer service is the cornerstone to business success in any business and that extraordinary customer service comes from creating a special culture in your business.

When people think customer service, Chick-fil-A is almost always at the top. What you experience at his restaurants is what has taken him all over the country speaking to organizations about how to provide “remarkable” service to their guests. Anyone can deliver a plate of food, but it’s an altogether different concept to change someone’s day, week or even life.

Greeno’s insight will give you keys to be remarkable in your business and — more importantly — how you can make a difference through your business. Surround yourself with amazing people, and amazing things start happening. Greeno didn’t come from a business background, but if you’ve ever been to any of his restaurants, you will agree that his teams are extraordinary. He is teaching business owners how to create a unique culture in his own lighthearted, irreverent and down-to-earth way.

Greeno started with one of the worst stores in the chain and in 2015 did more in one month than his first store did in an entire year. Greeno now has multiple locations, multiple Guinness World Records and influences thousands of people each day through his restaurants, coaching, speaking and books.

His book “Dysfunctional Inspiration” was written to share how, with the right decisions, they can change the world. His second book, “Breaking Conformity,” hit the Amazon best-seller list in one day.

SCWA is proud to announce that the 2020 SCWA Lifetime Achievement Award will be presented to “Carwashing’s No. 1 Fan,” Brian Campbell. Campbell is a legend in the carwash industry and a wonderful friend to so many carwash owners and vendors across the nation.

Campbell has been attending SCWA events since 1992 and has a heartwarming story to share about the impact of the carwash industry in his life. His story is a true motivation to everyone. The official presentation to Campbell will be on Thursday morning, Jan. 30, 2020, during the SCWA Convention in Fort Worth.

Congratulations to Brian Campbell and his family from SCWA.

Check out our follow-up video with Brian and Valerie Campbell.