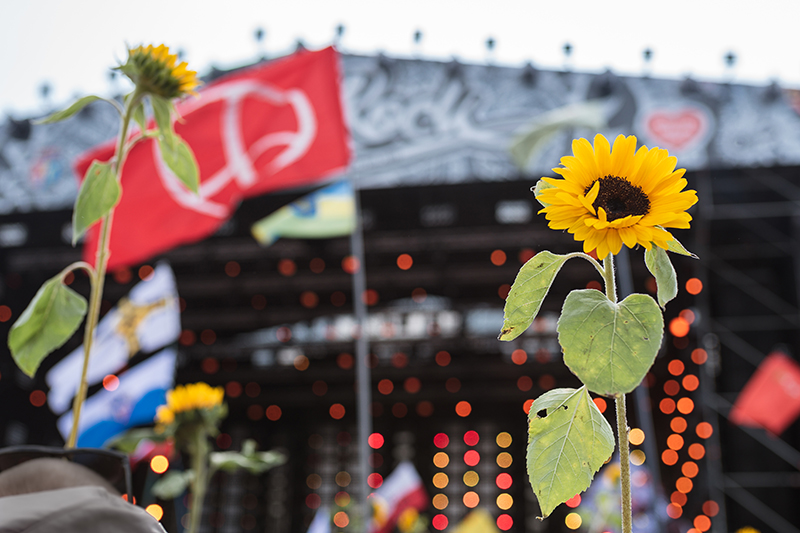 BETHEL, N.Y. — The association visited the Woodstock museum and toured a distillery.

BETHEL, NY — The New York State Car Wash Association (NYSCWA) did its part to honor the 50th anniversary of Woodstock, the iconic music festival in 1969 on a dairy farm in Bethel, New York, by touring the Museum at Bethel Woods on Oct. 30th, according to a press release.

“It was by far our most unique meeting and one we won’t soon forget,” said NYSCWA President Walt Hartl. “It’s hard to beat immersing yourself in the history of Woodstock, learning how to make whiskey and rye in a really fun environment, and having some terrific food with a bunch of carwashers eager to learn and exchange ideas.”

The event in Sullivan County’s Catskill Mountains, sponsored by Simoniz USA, Micrologic Associates and the Northeast Carwasher magazine, took the group back in time through the eyes of docent Charlie, a Woodstock attendee himself, the release continued.

After taking in the sights and sounds of the historic venue, the group learned firsthand how to make whiskey, bourbon, gin and vodka, and had samples in a tasting room while enjoying farm-to-table hors d’oeuvres in the Catskill Distilling Co., the release noted.

Stacey Cohen, who just happens to be NYSCWA Treasurer Mike Benmosche’s cousin, led the tour and tasting, the release added.

To add even more history to the day, the bar in the tasting room is from the 1939 World’s Fair, which was originally purchased by the Lake Jefferson Hotel in Jeffersonville, New York, the release stated.

The Distilling Co. opened its doors in 2011 after the passage of the NYS Farm Distillery Bill that allows for self-distribution, opening the doors for the micro-industry in New York state; the establishment boasts some award-winning spirits and a whole lot of personality, the release noted.

After the tasting, Hartl kicked off the membership meeting portion of the event but asked attendees Mike Benmosche and Fred Grauer to share their thoughts on Woodstock, the release added.

Benmosche wasn’t an attendee but helped distribute food and supplies to concert-goers, while Grauer’s wife, Louise, was one of the 400,000 who spent several days on the Yasgur farm, owned by Max Yasgur, taking it all in, the release stated.

The group then enjoyed a presentation by Alvaro Hasani with Fisher Phillips on the importance of an employee handbook and keeping it up-to-date, as well as the legal ramifications when employing minors, the release noted.

The group then enjoyed a family-style dinner in The Dancing Cat Saloon, adjacent to the Distillery, where conversation and laughter flowed for several hours revolving around exceptional farm-to-table specialties, the release noted.

The group was also able to visit the Stray Cat Gallery that features local and second-home artists, also operated by Cohen, located across the street from The Dancing Cat Saloon, the release concluded.

Peace, love and the NYSCWA