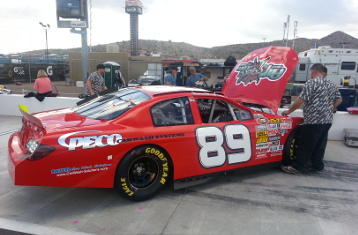 Wong and the car had top ten finishes during both practice sessions. But, due to an early draw and unseasonably cold weather, Wong placed 16th during qualifying.

Wong held the Toyota in the top ten during the race before a rear tire failure affected the car. Still, Wong kept the car out of trouble and landed a 16th place finish.

The World Stage Racing Team thanked PECO and MDB for joining their race team for the final K&N Pro Series Race of 2012.