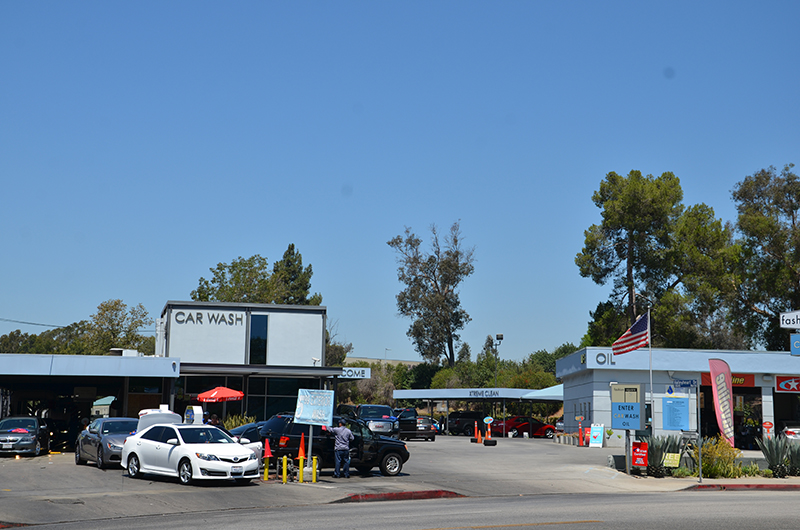 Starting a business is hard enough. Keeping it running through the first year is tougher. Keeping a business alive and thriving for over half a century is a feat that few small business owners can claim, especially in the face of so many eras of change.

“Innovating and improving the business is the only way to stay successful year after year, generation after generation,” declares Gregory Paul, manager of Fashion Square Car Wash in Sherman Oaks, California. Paul is part of the third generation of his family to work in carwashing, specifically at Fashion Square, and he hopes to keep the tradition and the carwash itself going strong.

All in the family

Fashion Square Car Wash began with Paul’s grandfather, Charles “Chuck” Stanton Sockett. After serving as a captain in the Marines during both World War II and the Korean War, Sockett got into the carwash business. In addition to owning and operating several carwashes across Southern California, he also distributed carwash equipment for Erie Brush & Manufacturing and Econocraft.

Fashion Square Car Wash was built in 1964 as a full service carwash with gas pumps. “It cost $1.50 for a full-serve carwash or 75¢ with a full tank of gas,” Paul explains. In the 1990s, Sockett partnered with his son-in-law and Paul’s father, Jeff Paul, the latter of whom currently owns and operates Fashion Square Car Wash in addition to two other locations: Valencia Car Wash and Canyon Car Wash. Paul’s mother, Nancy, runs three boutique gift shops at the carwashes. Paul’s cousin, Josh Block, manages Valencia Car Wash and, according to Paul, “is an expert at fixing, maintaining and improving carwash quality.”

Although Fashion Square Car Wash is over 50 years old, it’s had a few modifications to bring it into the modern era. For instance, while it used to be a full-serve, it’s now a flex-serve.

Then, in 2006 Fashion Square also changed its fourth vacuum lane into an express lane, but it didn’t really take off until the recession. “At first, the express lane was slow, but [it] quickly became more popular than the full-serve lanes,” Paul recalls. “We don’t have self-serve vacuums for the express lane, but unlike most express carwashes, we have a team of dryers that hand dry the express cars as they pass the double set of dryers. Chuck was a big believer in long tunnels so that the cars come out nearly dry and the workers spend minimal time on each car.”

Fashion Square features a 190-foot tunnel that includes a 60-foot extension past the dryers so workers can compress air crevasses and dry a majority of the car while it’s still on the track.

Moreover, in 2009 the Pauls stripped the carwash down to its beams and reconfigured the offices, store and waiting area. During the entire nine months of remodeling, however, the carwash never shut down for a day.

Now, Fashion Square is undergoing further renovations. Recently, the carwash added LED lights to the premises as an “inexpensive way to show off the carwash,” Paul explains, and plans are in the works to renovate the wash equipment with combo wraps, tire brush cleaners and lava flow.

However, Paul adds, the biggest improvement to the carwash has been the addition of a new point-of-sale (POS) system that allows for an unlimited wash program. “In the past two years, we have gone from zero to over 2000 unlimited members that add a steady stream of revenue every day. The unlimited wash program has been a great way to keep customers loyal and keep their vehicles pristine,” he says. “It’s also nice to make revenue on the rare rainy day.”

While carwashing is the main source of revenue for Fashion Square, it’s certainly not the only source. In addition to the gift shop that Nancy runs, Fashion Square provides a home for other auto-related profit centers. One such profit center is the oil-change building, which formerly was a popular chain-based smoothie shop before becoming a two-bay quick lube with a pit.

“Oil changes have been declining over the years due to synthetic oil lessening the intervals between changes and dealerships offering free services for many customers,” Paul explicates. “Offering the correct services not only increases revenue but also increases customer satisfaction and keeps their vehicles running tip-top.”

Fashion Square rents out the second bay of the quick lube building to an independent smog shop that pays a fixed rent. In this symbiotic relationship, the carwash brings in a steady stream of revenue from its tenant, who, in turn, benefits from the carwash’s significant customer base.

Furthermore, Joe’s Auto Body, another independently owned shop, has been located on the property since the carwash was originally built, and the same family too has owned it for the last 50 years. “Having a body shop on the property is very convenient when we have the rare damage that we must fix,” Paul states. Finally, Hybrid Auto Glass also finds a home on the lot, fixing chips in windshields.

Paul affirms that it is best to always maintain good relationships with everyone — customers, vendors, tenants and workers — and also to provide the best quality work environment and services.

Of employees, Paul says, “Workers must be treated with respect and with the understanding that we are all here to provide for our families.” For Fashion Square, this means paying employees for their hours as well as overtime, giving them a lunch break, treating them fairly and having zero tolerance for stealing, drugs or disrespect.

Paul points out that many of the workers at Fashion Square have been with the carwash for 10 or more years, and some have even been there for over 20. “Like how my father and I work together, I have father/son teams drying cars and brothers detailing interiors,” he says.

Retaining a quality worker also means that you provide the best quality for your customers. As a service advisor and ticket writer for 10 years, Paul learned what customers wanted from their carwash experiences.

“Carwash customers only care about quality, time and money — and not necessarily in that order,” Paul states. For instance, he learned that detail packages, while the most time-consuming and costly, can not only increase revenue drastically, but also boost a customer’s satisfaction with both their car and the carwash — as long as they are priced correctly and completed efficiently.

Of course, not every customer is going to be satisfied, but it’s in how you deal with customer complaints that can determine whether or not you can gain the customer’s loyalty or simply earn a bad online review. For instance, Paul says, if a customer complains to him about the quality of a wash, he will ask for a few extra moments with the vehicle and have a worker come and vacuum the inside again as well as wipe everything down once more. Then, Paul will explain to the customer that if he or she needs the car to be cleaner, it will require detailing. However, he notes, most of the time the customer is impressed with the speedy service and walks away satisfied.

“Thankfully for our business, most complaints stem from the fact that we have so many customers,” Paul adds. Every day, he says, opens with a line of waiting cars and closes with additional customers pleading to be let in.

With so much carwashing experience in the family, Paul has accumulated some practices over the years to keep the carwash running optimally. Maintenance, he declares, is key to a carwash’s success in the long run. Fashion Square’s maintenance regime includes either Paul or his Assistant Manager Gerardo Luna making hourly inspections of the equipment. Every week, he adds, the carwash must be cleaned, the pit shoveled out, the curtains and wraps pressure-washed and the stainless steel equipment rubbed down with baby oil for an extra protective shine.

Furthermore, Paul notes, “When you have been in business as long as we have, you learn to have backups for everything, including vacuums, power packs and rolls of chain bagged in oil, waiting for an emergency.”

Another practice that Fashion Square implemented is tallying the total gallons of water used (as shown in the water bill) each month and dividing it by the number of cars, which can reveal leaks and help to eventually lower the water bill.

In fact, saving water is a key component of Fashion Square Car Wash, especially because it’s located in Southern California. Fashion Square is a member of the International Carwash Association’s (ICA) WaterSavers® program, and it uses reclaimed water in every part of the wash except for the final rinse; even then, it has special nozzles installed on the fresh water rinse arch to keep from wasting water.

Paul believes that carwashes are not only stewards of the local environment but also important members of the local community, and they must support both. “My father has made a point to donate portions of the profit to City of Hope, [which] funds cancer research,” Paul says. Fashion Square Car Wash has even received the Excalibur Award from the American Cancer Society, which signifies contributions of more than $10,000 to the American Cancer Society. Furthermore, the society once named the carwash “San Fernando Valley business partner of the year.”

In addition, any non-profit, school or charity looking for a donation is given 10 free full service washes with which to raise money. “Every school in Sherman Oaks knows [it] can count on Fashion Square Car Wash for support,” Paul affirms.

With community as well as familial support for more than 50 years, Fashion Square Car Wash has thrived, and Paul is optimistic that both the industry and his family’s carwash will easily see another 50 years. “Carwashing can’t be outsourced to China, and it can’t be done over the internet,” he claims.

“It is amazing that Grandpa Chuck washed the same families’ vehicles that his grandson is washing years later,” Paul concludes. “My son, who is due this October, might be the fourth generation to take up the carwash mantle if he chooses. Carwashing runs through my family’s veins, and we are very blessed to have been successful for so many years.” 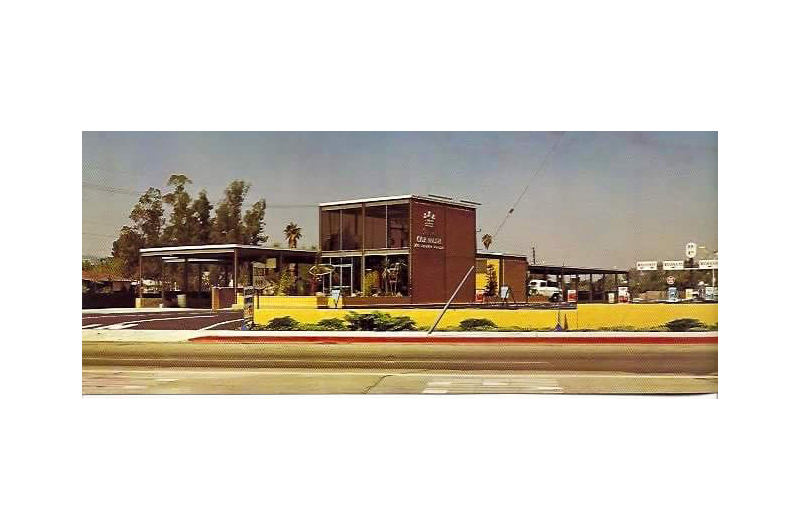 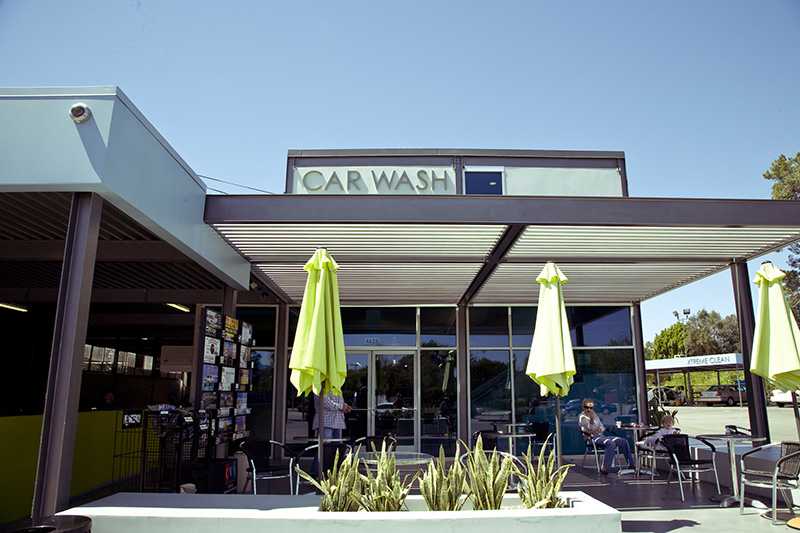 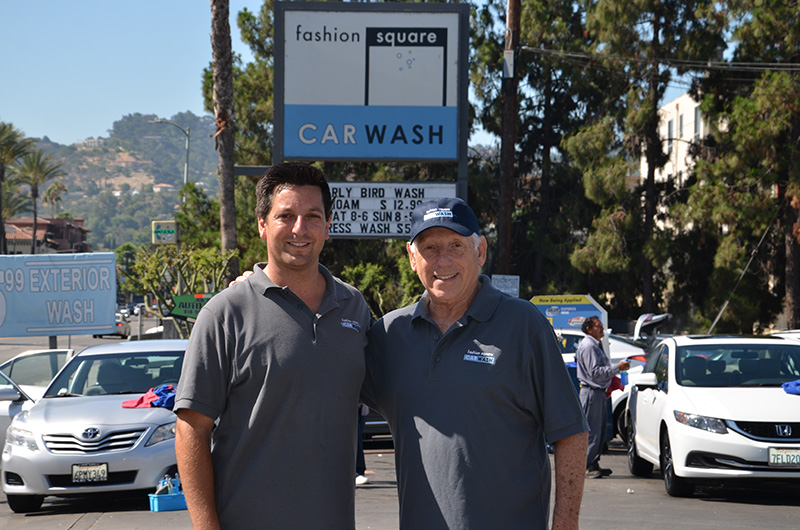 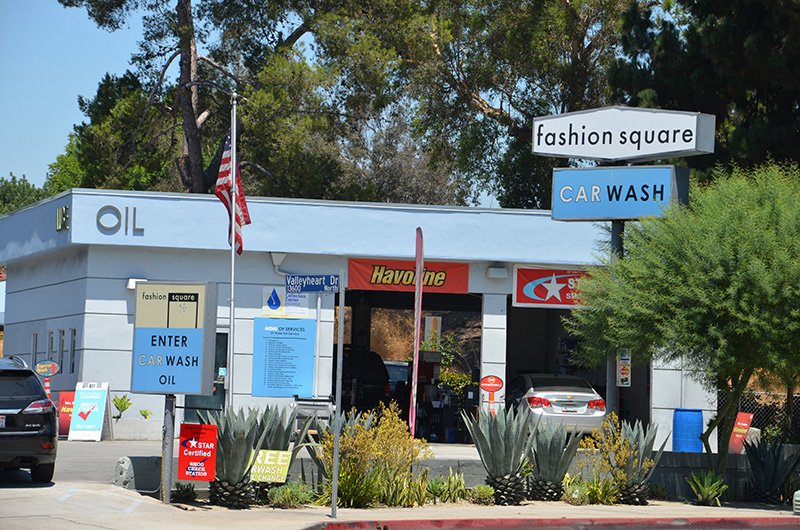 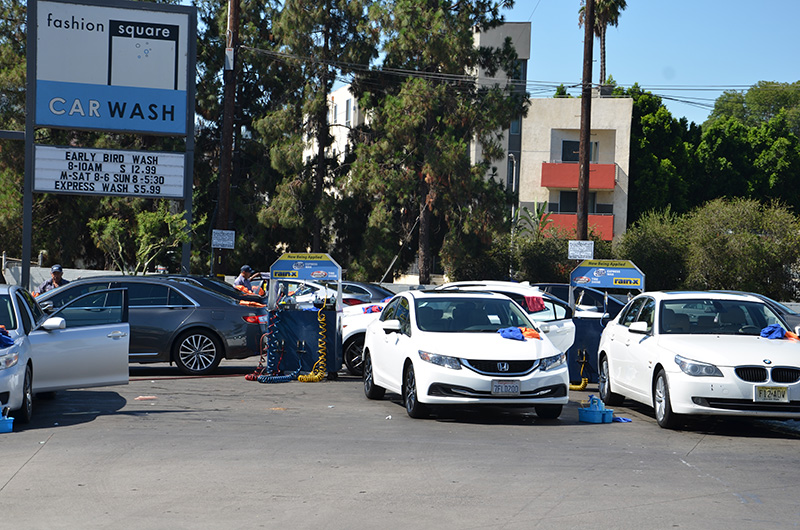 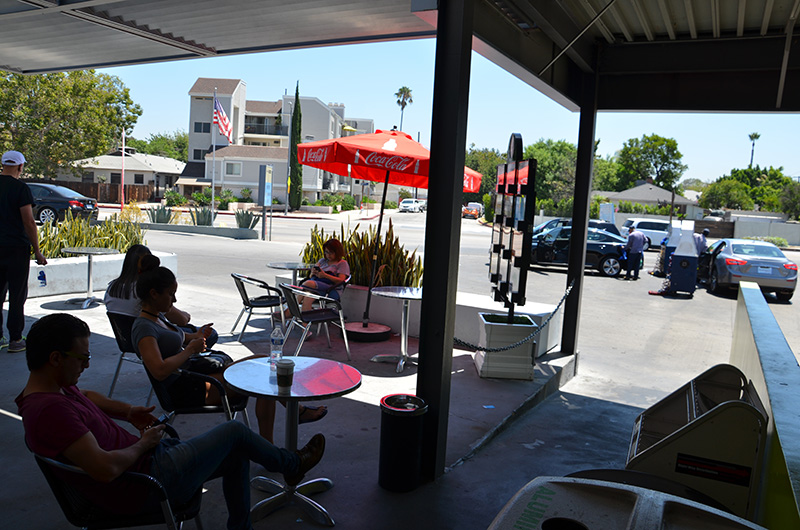 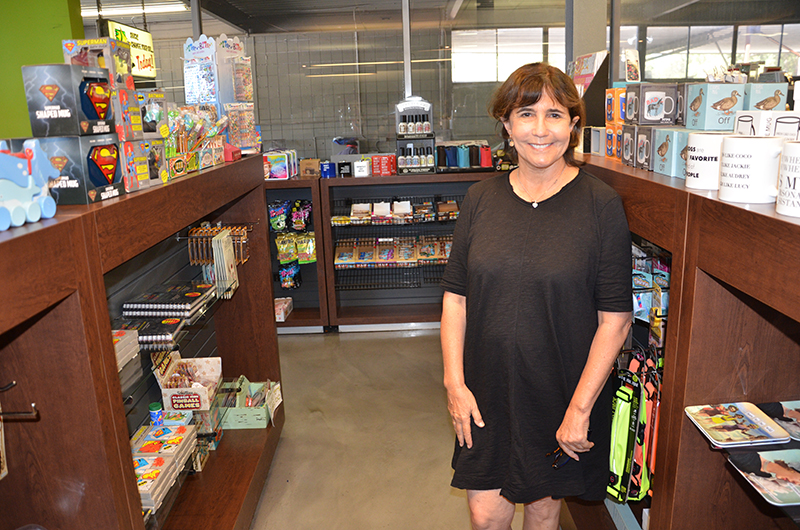 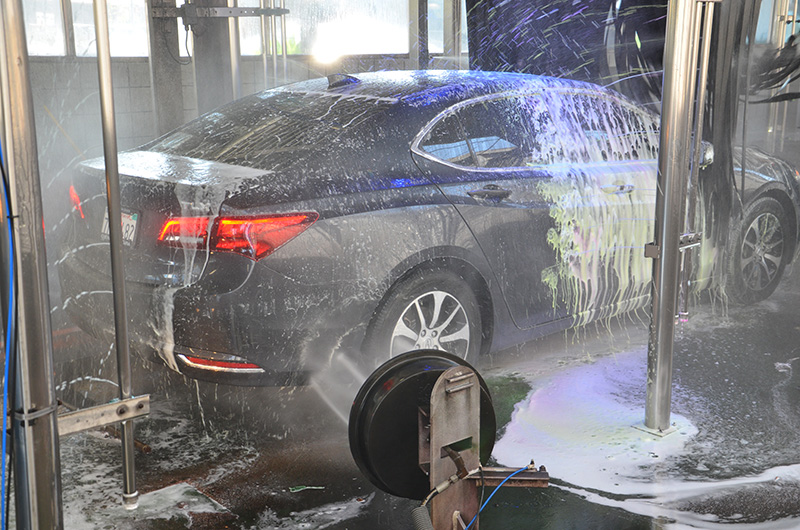 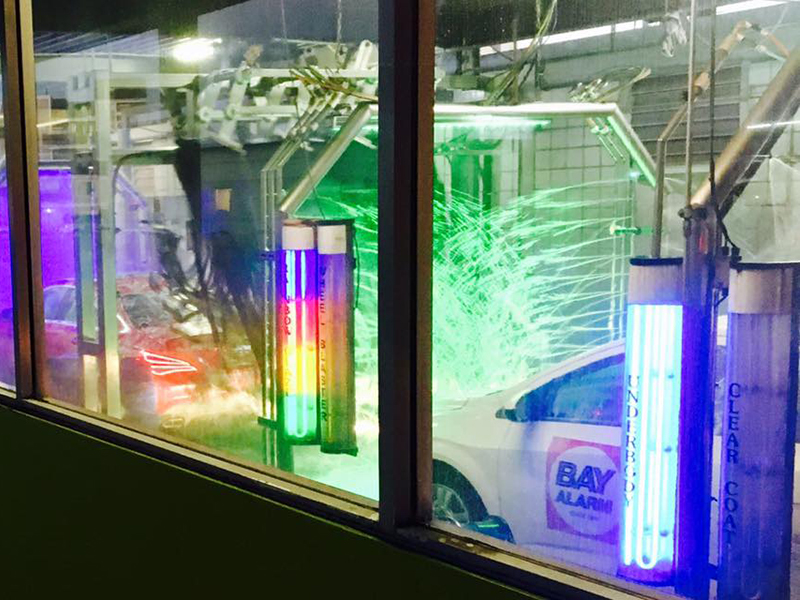