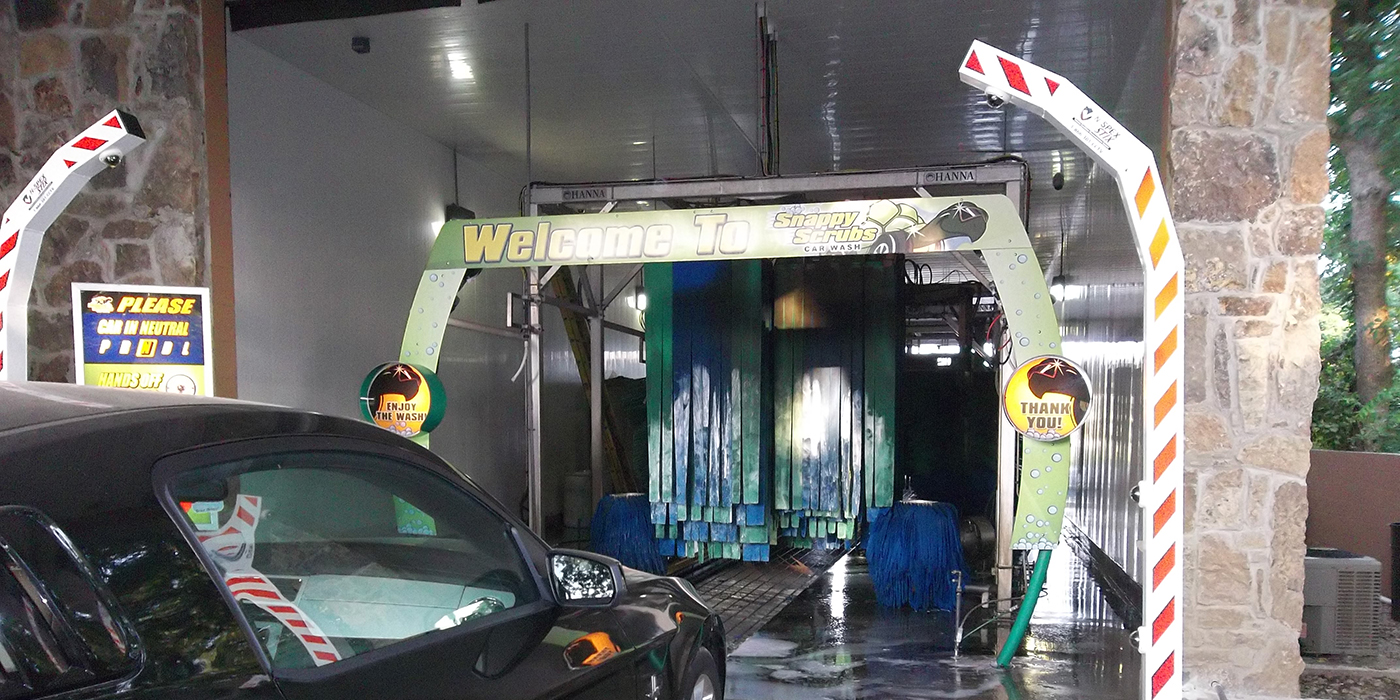 New cameras are only as good as your entire surveillance plan.

Seeing is believing. Although our society has reserved this phrase for witnessing the unexpected and unthinkable, it can also apply to proper site surveillance. That’s if you want to invest the time, resources and money to clear your lens for ideal viewing. Usually, this is the first hurdle in achieving optimal surveillance on your site — the owner’s desire to invest in equipment and modern systems.

Speaking with the experts in the field, many mention that owners are often reluctant to invest top dollar — sometimes even middle dollar — in new tech. However, these experts say, this decision is at the owner’s own peril.

Each year, crime — including burglary, robbery, vandalism, shoplifting, employee theft and fraud — costs American businesses billions of dollars. According to Statistic Brain, for example, employee theft costs U.S. businesses upwards of $50 billion annually. That’s a lot of family and friend carwash discounts, but that’s not the only thing employees are stealing from your business. Even losses in worker productivity and sketchy comp claims are washing your profits down the drain.

Related: Wash Wisdom: 10 tips to keep your carwash from being burglarized

Last year, our publication released its “2019 Professional Carwashing Industry Report,” which noted that vandalism, employee theft and non-employee theft were the top three types of crime that occurred at carwashes in 2017.

Expanding on the famous phrase that started this article, it was American author Philip Roth who is credited with saying, “Seeing is believing and believing is knowing and knowing beats unknowing and the unknown.”

We spoke with two surveillance and security experts for this article with the goal of improving your vision when it comes to recognizing and fighting crime that occurs on your site.

Fit to monitor carwashes, not kids and food

Just as important as knowing what to do when it comes to setting up a proper and effective site surveillance system is knowing what to avoid. According to Jennifer Spears, who is a carwash owner and sales manager with CarWashCameras.com and has over two decades of experience in the industry, some operators are too smart for their own good when it comes to surveillance. In fact, some operators believe that hiding cameras will catch criminals in the act without them knowing. In this case, it’s better that perps see your surveillance efforts to believe them and hopefully thwart their mischievous behavior.

So, if you think your sly, hidden camera tricks are outsmarting criminals, including ill-conceived employees, think again. The fact is, you could be inviting crime to happen.

“Don’t be one of those people,” warns Spears, who says installing cameras doesn’t have to be a daunting task to start and that it’s better to be strategic initially based on your budget. “Cameras that are visible are incredibly helpful; it’s like having a security guard on duty 24/7 that you don’t have to pay. Bad guys look for cameras, and a ton of the time, they simply will walk away. Stopping vandalism and theft before they happen saves you downtime, money, equipment repairs, peace of mind and so much more.”

Other missteps Spears has seen over her career in carwashing include:

“Work with a camera manufacturer that can create a system specifically for your business, instead of being convinced that any run-of-the-mill cameras can handle your wash. They just can’t — it’s that simple,” pleads Spears. “The cameras that work in a daycare or grocery store will not survive in a carwash.”

While being strategic from the start is considered a best practice, carwashes might eventually need many more cameras on-site in order to have an all-encompassing system in place. According to another surveillance expert with over two decades of industry experience, operators should look at cameras in terms of “the more, the better.”

“In the past 25 years, I have never had a carwash operator tell me that he or she has too many cameras,” says Curtis Ray, co-owner and vice president of Acquire Video Security, adding that having as many cameras as financially possible is the best way to get the most bang for your buck. “And, you need a system that can handle a high capacity for camera counts.”

Some of the errors that Ray sees with poorly performing carwash surveillance systems include the following:

“Low-end systems designed to work in residential or light commercial applications will not be effective in wet environments like carwashes, where water, chemicals and high-power drying are being applied,” explains Ray. “Additionally, the majority of replacements we do is because operators tried to install the cameras on their own. You must enlist the help of a professional, preferably one with carwash industry experience, and start off on the right foot.”

As tech gets smaller, cameras have become more compact. While motorized focus zoom cameras are typically larger than fixed lens cameras — leading carwashes should use a combo of both types of cameras — it’s important to make all customers aware that you’re monitoring the site, regardless if they see the cameras or not. Also, at night, when crime is prone to occur compared to during sunlight hours, cameras can be tough to spot.

So, how can you promote your surveillance system and force criminals to be camera shy? Signage and lighting are two of the best-known ancillary deterrents.

“Criminals of property crime typically look for easy targets. They are going to target dimly lit areas, and that’s why lighting, especially LED lighting, can help not only improve the video quality but also act as a major deterrent,” notes Ray.

Successful carwash operators know that activity on the site leads to more activity. In terms of creating and attracting new business, this formula is perfect. However, activity can also help to deter would-be criminals. Outside of advanced tech, signage and proper lighting, an owner or manager’s presence on the site can also help augment your surveillance plan.

“Some things you can do to protect your investment are so super simple, and a lot of people don’t think of them. Put little stickers on everything that advertise video and audio surveillance are being recorded at all times. Also, be present at the wash — and present is the keyword,” says Spears.

Being present, Spears adds, includes introducing yourself to customers and using the time to ask questions to familiarize yourself with the customers’ needs. “When people ‘know’ you, they are less likely to steal from you or vandalize the location. Secondly, they are more likely to keep an eye out and report something they’ve witnessed. Genuine human kindness goes a long way in protecting what you’ve worked so hard for,” she explains.

Earlier, we mentioned the need to invest in newer, modern technology when it comes to cameras and network systems. But, what’s the return on that investment? Aren’t all cameras created equal? Just point and shoot, right? Not exactly, retort the experts.

A comprehensive strategy includes such efforts as trimming back landscaping and positioning cameras at all critical points, such as in the tunnel and bay as well as pointing some at the ingress and stacking areas of the site. However, without proper recording and archiving, your efforts will be diminished and can end up costing your business an abundance of money in the long run.

Both of the experts we interviewed for this article agree that cameras have vastly improved in the last five years. Today’s leading systems for carwashes offer better image quality, including 4K; longer archive times; and the ability to monitor and review remotely, just to name a few advances.

“Very high-quality cameras are readily available these days direct from the manufacturer. Plug-n-play IP camera systems are now available, so you get the ease of simply plugging in your cameras with a single network cable, and the network video recorder (NVR) does all the rest. Also, resolution on cameras is getting higher and higher and more affordable all the time. Only big scratches and large dents could be seen through vehicle documentation systems. Now, you can see fine-line scratches and sometimes even registration information, not to mention plates of every vehicle that goes in the tunnel,” boasts Spears.

Systems are also highly intuitive these days. Spears adds that the NVR can actually send text or email messages straight to your phone with photos if an alarm is tripped or motion is detected when or where it shouldn’t be.

“You can call the cops as you watch; you can take screenshots or full video recordings of what’s happening live,” inserts Spears.

However, one critical point to consider is making sure the live video is as clear as the playback. Often, playback video quality on cheaper equipment suffers at the expense of archive requirements, for instance.

According to Ray, another pitfall that operators sometimes fall into is solely focusing on the actual camera. And, while the quality of the camera is vitally important, it is only as good as the apparatus that actually records and plays back the footage.

“The recorder is the brains. You can have the best camera on the planet, but if your recorder is a low-end, mass-produced technology, you’re not going to get the playback that is needed at a carwash to document crime, accidents and damage claims,” states Ray, who adds that this is the number one mistake made in the carwash industry.

Operators should ask specific questions of suppliers and manufacturers in order to ensure high-quality live and playback video, continues Ray. For example, can you record a high number of cameras and play them back at an identical resolution and get the same quality as if you’re viewing live?

Once you have a comprehensive and sound site surveillance plan in place, incidents should decrease over time, since word and awareness will spread of your crime prevention efforts. But, throwing caution to the wind can have the opposite effect. Being known as the easy target that turns a blind eye to crime and willingly pays out damage claims to avoid confrontation and hassle will grow out of control and cost you more than a simple investment in surveillance.

The economics of water softening

The capabilities of tunnel controllers

The benefits of closed-loop water reclaim
Connect with us