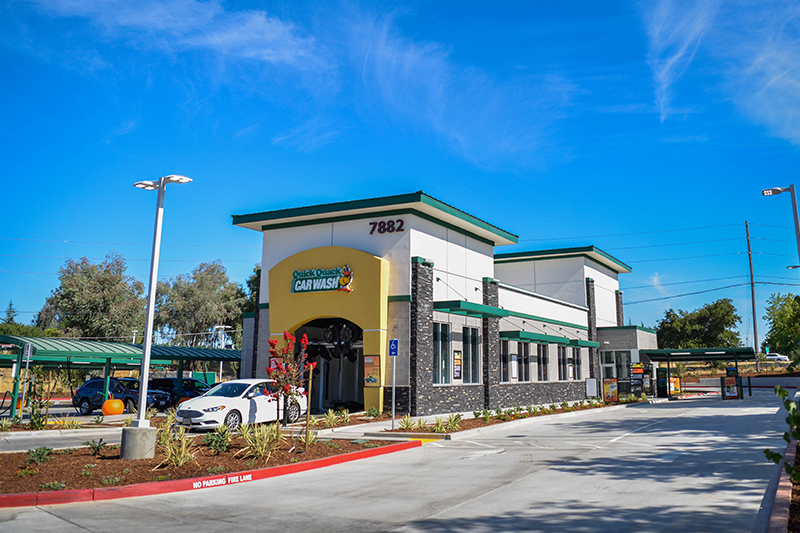 This brand has soared to success.

Don’t drive dirty. This short, alliterative slogan perfectly encapsulates the idea of the carwash industry, and as far as branding goes, it’s a winner. In fact, in an age where it’s more common for a business name to be in the website URL, Quick Quack Car Wash, based in Sacramento, California, chose instead to use www.DontDriveDirty.com.

The slogan is a not-so-subtle reminder to customers, and if it sticks as much as other catchy slogans do, it might just inspire customers to increase the frequency of their wash habits. Given the rapid expansion of Quick Quack over the last few years, it seems this company has had great success in boosting customer numbers.

Jason Johnson, CEO of Quick Quack Car Wash, began developing the business plan for a carwash as a school project while attending business school at Brigham Young University. It was there that Johnson met Travis Kimball, Chief Marketing Officer of Quick Quack, and several years later, they, along with Tim Wright, Chris Vaterlaus and Greg Drennan, founded Splash & Dash Car Wash in 2004 in Sacramento.

While working through the challenges all new owners and operators face, the company managed to grow to six locations within just three years. However, by that point, the founders were looking to expand into an area with a different weather pattern.

They had found Sacramento to be a summer carwash market. At this time, the company did not have unlimited wash memberships, and it had not yet “trained” its customers on the benefits of regular, year-round washing. Sacramento summers meant no rain for eight months, and the company would have outstanding numbers for the season. But, come winter, Splash & Dash’s volume would drop by more than half.

“We knew they would drop but did not project them being so dramatic,” Kimball explains. “We would literally have customers telling us, ‘See you in the spring.’”

Along with the carwash came the company’s beloved mascot, Quackals, the big yellow duck. Quackals was the brainchild of the creative team at the original Quick Quack and first came into being in 1999. Today, Quackals is integral to the company’s branding, appearing on the company’s logo and in person at several sites across its range of locations in California, Texas, Utah, Arizona and Colorado.

“Quackals has taken on an important role as the face of the company, attending many community events and finding a special place in the hearts of both children and adults alike who love to wave to him and take selfies when they see him around town,” Kimball explains.

Not a fledgling anymore

Shortly following the acquisition and rebranding in 2008, Quick Quack was recognized as one of the fastest growing companies by Inc. Magazine and the Sacramento Business Journal.

Today, that recognition still rings true, for the company has only continued to grow since then. In fact, just over the last few years, Quick Quack has undergone tremendous and rapid growth.

Quick Quack has been featured on Professional Carwashing & Detailing’s Top 50 U.S. Conveyor Chain List for a number of consecutive years. Consider that in the 2014 list, Quick Quack was noted as having 16 locations; in the 2018 list, it had 74 locations, officially becoming the fifth largest U.S. conveyor chain.

The company has continued to surpass its own growth year after year, and most remarkable about this trend is that most of the sites Quick Quack is adding to its roster are new builds. For instance, between 2017 and 2018, 21 of Quick Quack’s 34 new locations were new builds, according to Kimball. Such a feat is basically unheard of, but the company’s secret lies in the infrastructure.

“It has always been our strategy to grow and build a carwash company and a brand,” notes Kimball. “The real story is just putting the team together to do it well and in a way that is sustainable and replicable.”

Getting all their ducks in a row

Quick Quack’s mission is, “Fast. Clean. Loved … Everywhere.” With so many locations across several state lines, Kimball notes, “Consistency is the key to delivering a positive customer experience. The interactions with our team members are as important as the product.”

The start of these interactions lies in the presentation. Since cleanliness is one of the company’s main values (refer to the motto), Quick Quack feels like its team members should also represent the highest standards of clean service.

Being an express exterior carwash chain, most of Quick Quack’s team members aren’t doing the dirty work of cleaning off vehicles themselves like those at full-serves do. While the equipment provides the clean, Quick Quack team members mainly man the cash registers and serve in customer service positions, greeting customers with smiles and tidy appearances. Part of this appearance includes wearing a signature duck tie. The ties have become a part of the brand image that customers both appreciate and have come to expect and enjoy.

Also, while Quick Quack employs state-of-the-art technology in its tunnels to provide the best clean with a fun show for customers, Kimball claims that equipment for the team members has been one of the best ways the company has utilized technology of late.

“Technology has to be a big piece of any business strategy today,” Kimball proclaims. “Being able to equip our team members with tablets to handle transactions has probably been one of the most significant ways in which we have been able to use technology to create a better customer experience. Social media has also been useful to connect with customers in new and different ways.”

But, it’s not just the looks and the technology that make Quick Quack’s team members a boon to the company.

“We honestly feel like it is our team of people that makes us unique,” Kimball says. “We pride ourselves on creating a fun and effective car cleaning experience for our customers, but where we can make the biggest impact is by building and nurturing teams of cashiers, store leaders, regional leaders, installers, developers, accountants, marketing, maintenance personnel and so on. Our mission is to change lives for the better. We are doing more than building and running carwashes — we are training leaders and impacting communities.”

Being part of the flock

Quick Quack has made it a tradition to have a two-fold grand opening celebration. When a new location opens, Quick Quack offers free carwashes there for 10 days. In addition, the location usually holds a fundraiser for a local cause.

“A big part of our brand philosophy is to be a community partner and look for ways to change lives,” Kimball notes. “We participate in many of the typical community events and sponsorships and really like to get involved in positive activities like fundraisers. Our store and marketing leaders take their community building roles seriously.”

In addition to being part of and giving back to the community, Quick Quack aims to have as little environmental impact on its service areas as possible. Being based in California, drought is always a concern. According to the Public Policy Institute of California, the most recent drought, which lasted from 2011 to 2017, was the driest period in California’s history since recordkeeping began.

Luckily, the winter of 2016-2017 ended up being the wettest on record for Northern California, and so the drought officially ended. However, every Californian knows that the threat of drought is never far away.

Even though the state is not in a serious drought now, environmental stewards like Quick Quack still practice and prioritize water conservation during drought as well as non-drought conditions in order to prepare for the years ahead and to set an example for the community.

“As far as we can tell, we were the first carwash in California to have a Green Business Certification back in 2007. We have always felt it was important to be good stewards of such a precious resource as water,” Kimball says. Quick Quack has never opened a carwash without a water reclaim system in place, and the company looks for other smart ways to conserve and recycle.

Of course, Quick Quack is also proud to be part of the carwash community, and in the spirit of friendly competition, the company urges everyone to keep striving for greatness.

“It is an exciting time to be involved in this amazing industry,” Kimball concludes. “We see a bright future for everyone in the carwash industry dedicated to becoming the best in their respective arenas.” 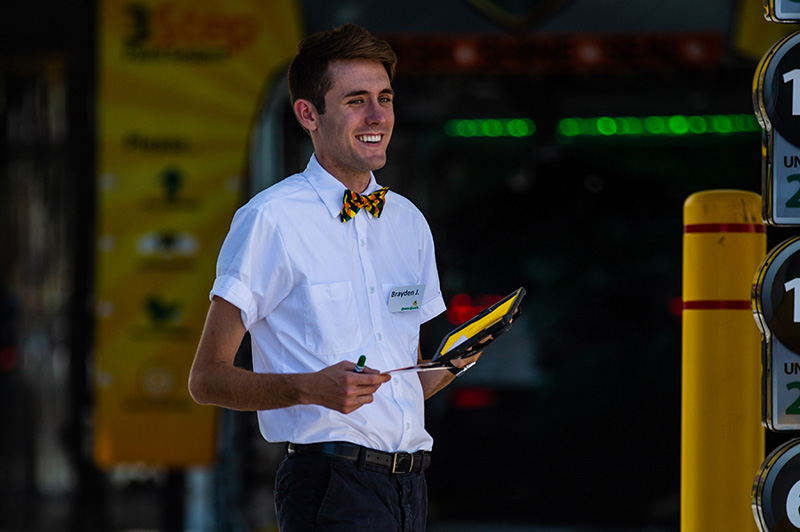 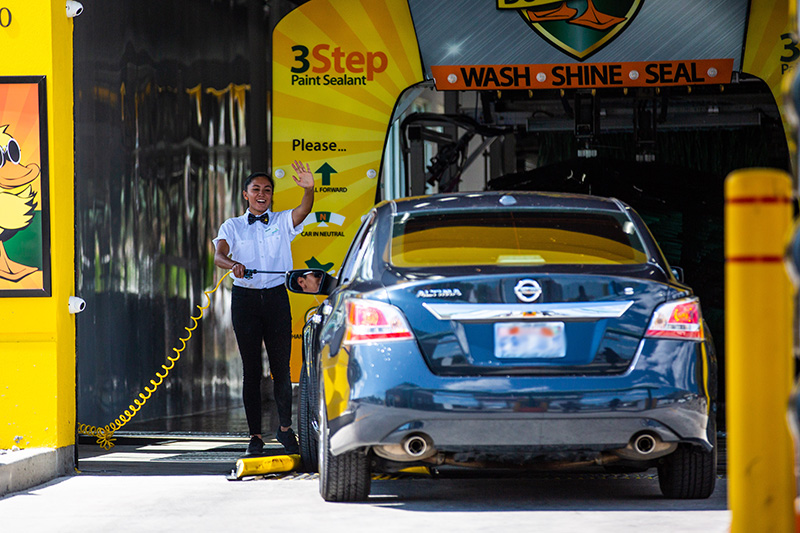 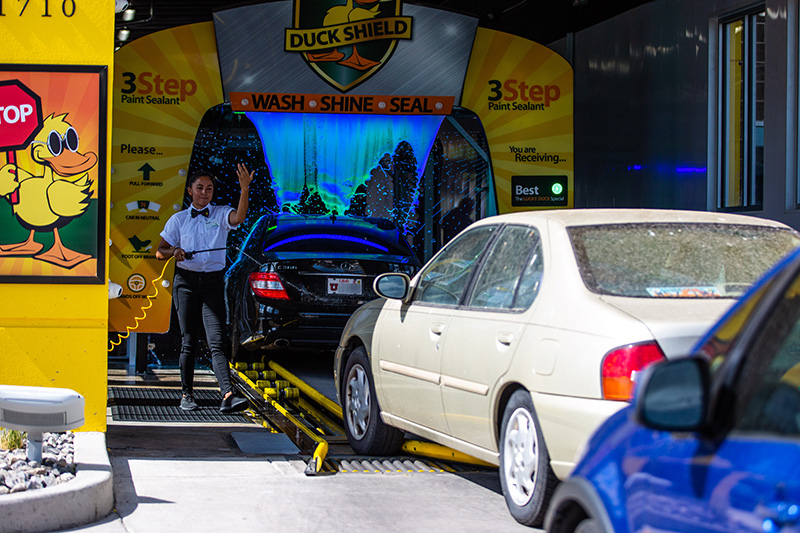 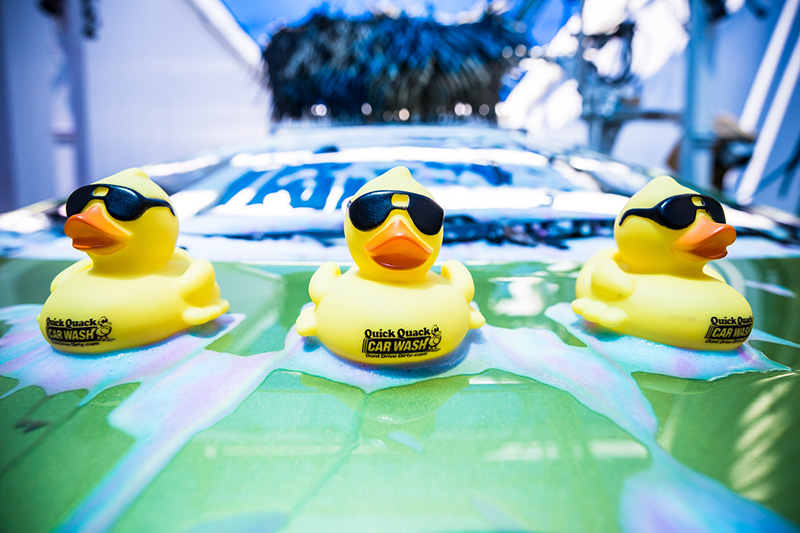 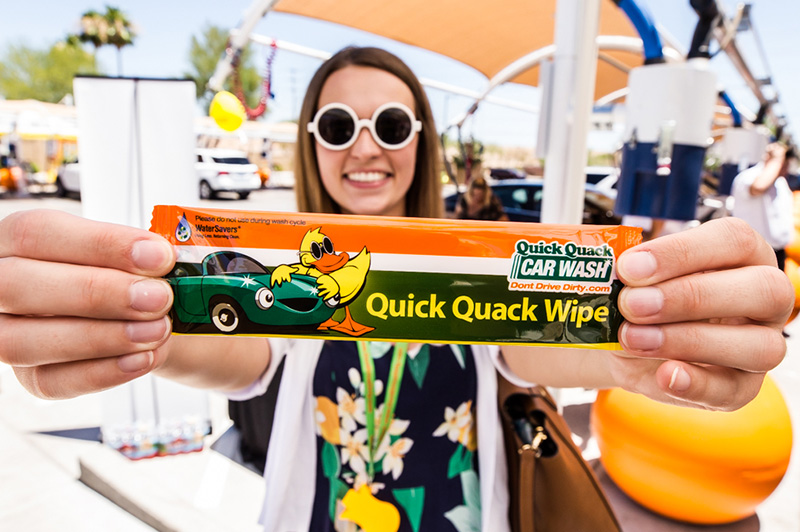 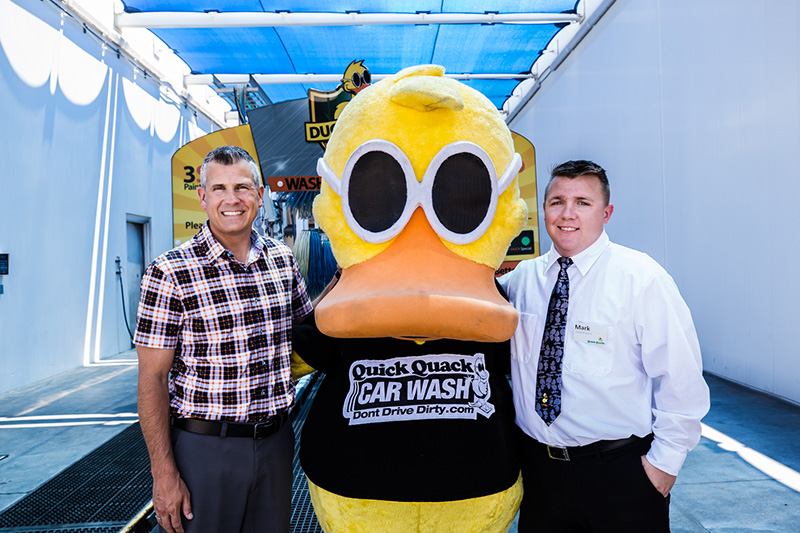 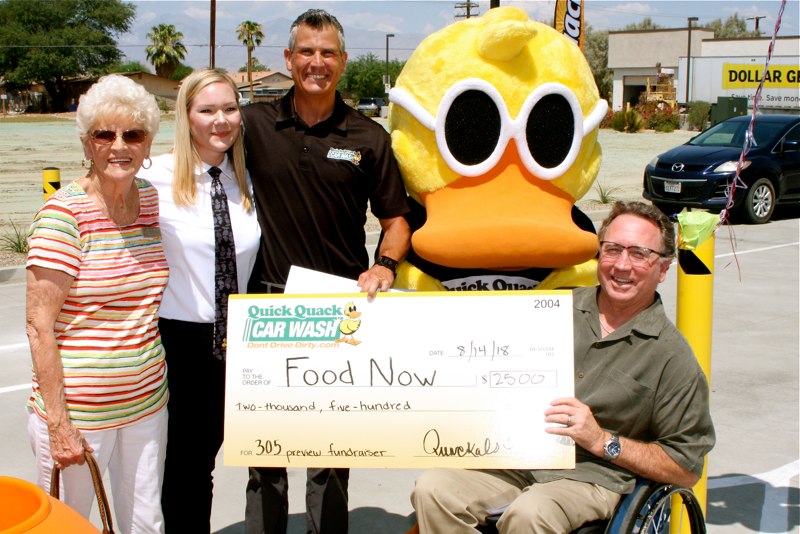 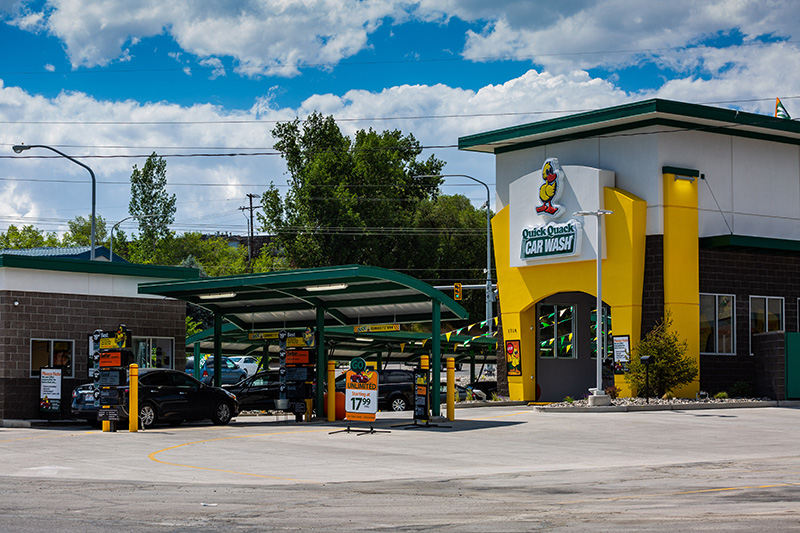