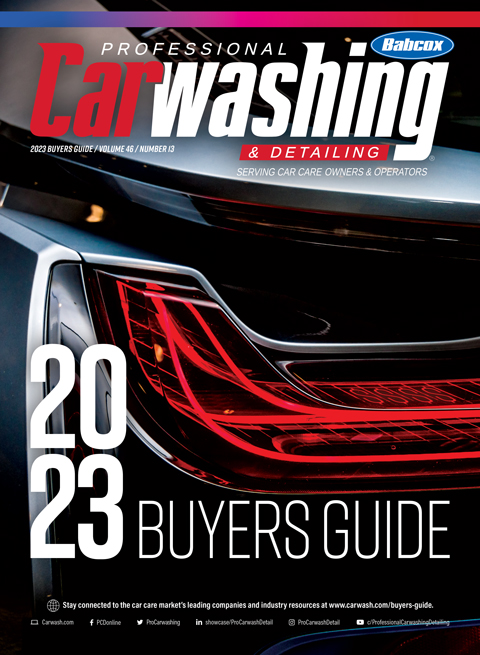 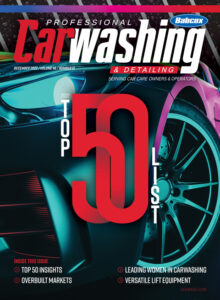 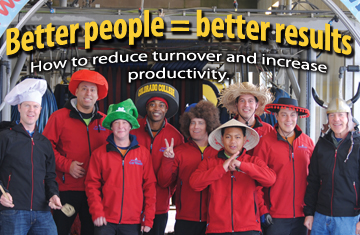 The story was written by acclaimed industry veteran and expert, Steve Gaudreau.

Both the ownership and management were extremely frustrated. The constant turnover at this small chain of exterior express carwashes of attendants, supervisors, and managers was burning them out. By every financial standard this business was very successful. Car counts, top-line revenue, and bottom-line profitability were not only at the top of industry standards, they far exceeded any investor’s expectations. Everyone was pretty happy except for the operating partner who had to deal with the day-to-day problems that were created by this turnover. How bad was it? Over 1,300 W-2s had been issued in the past five years of operating two very high-volume washes. The operating partner was ready to sell out and get out of the business.

Reflecting later on the situation described above, David Begin, the operating partner and principal owner, couldn’t help thinking that there just must be an answer to this turnover problem. So, he asked around to other operators, got my name, gave me a call, and related the above story. I told him that my experience was that every owner, carwash company, and even the locations themselves were different in some ways. Although I could speak in general about the causes of turnover, I really would not know until I conducted some type of organizational assessment to see what exactly was causing his turnover and at such a high level. So, he decided, although somewhat skeptical that it would really help, to have an assessment conducted.

After spending time interviewing the owner, all of the managers and supervisors, and every full-time employee at each location, and conducting written surveys and market compensation surveys, reviewing all written documents, and, most importantly, observing the carwash operations, the following causes for turnover were determined. And, as it turned out, and not surprisingly so, the list was fairly comprehensive.

The pay for attendants was slightly lower than the market by about one dollar. Looking at comparable jobs in somewhat similar industries in terms of skills, the pay was at the bottom of or below market levels. A dollar may not seem like much but it is. In fact, in entry level jobs such as these, every dollar can bring a slightly higher level of applicants, depending upon your method of recruiting, which was the next area identified.

The source for recruiting was primarily people who walked in and asked for an application. The ads placed in the local paper and Craig’s List did not produce very many applicants, and the few that came in were not perceived as great candidates.

The net effect, because there was always a spot that needed filling, whoever showed up was hired.

There were three problems:

a) No job description existed to show people what the job entailed;

b) No list or inventory of traits or skills existed to measure applicants against; and

c) No structured interview process existed. Management was pretty much giving anyone a chance to “see what they could do."

There was no formalized training program where people were trained off line, coached on line, and evaluated as to their proficiency at the tasks. New hires learned mostly by watching an existing employee, and then, when they performed tasks, were mostly corrected with what they did wrong.

There were very few written policies, procedures, or organizational systems upon which to base any training. Just as significant, there were no standards of performance spelled out toward which a manager could coach or hold people accountable for.

The managers were not experienced or successful managers before becoming managers. They were mostly promoted from attendant positions or hired in from the outside without any knowledge of the business. There was no actual training of the managers taking place as well.

The attitude existed by management that a carwash would always have a fair amount of turnover because of the nature of the type of work: Low skills required, low paying, highly physical, not interesting work, etc. This expectation created a culture that contributed to the turnover. As an example, if the idea of “why spend time training people if they are going to leave after a short time” exists, then this lack of training in turn helps contribute to higher turnover. And high turnover becomes a self-fulfilling prophecy.

The solution to the above situation was not easy or quick, but it was doable. In order, here is what happened:

The costs of turnover are estimated to be about 25 percent of what you pay a person. This estimate contains the time it takes for a manager to recruit, interview, hire, train, spend time with a new person, as well as the operational difficulties encountered with employees who are new to the business. Let’s say the cost of one full time hourly employee, fully burdened is $20,000. The turnover cost for a new employee then is about $5,000. Adding a $1 an hour in pay costs the carwash $2000 a year for a net savings of about $3000. What is a little counterintuitive is that raising the pay, as we will see, actually did not increase the % of human resource costs for the carwash.

A job model was created and ads with keywords to attract the people who fit the job model were inserted in the newspaper and on Craig’s List. The same media was used but a completely different advertising approach ending up bringing dozens of good applicants from which to choose.

A job description and a list of desired traits were put together, such as a willingness to work physically outside, a proper attitude towards dealing with customers, a tendency to follow standard procedures, etc. In addition, a structured interviewing process was installed. Prospective employees were surveyed to see if their natural behavior traits matched up to the job model.

A training program was put together to train new hires intensively with procedures to master, standards to be achieved, and written tests to be passed.

Putting together a complete recruiting and training program was the beginning of a year-long process to develop all of the operational policies and procedures needed for ongoing management. Hiring the right people and training them properly was a huge change and it was only the beginning.

A train-the-trainer approach was used throughout all of the above work so that most of the actual face-to-face work was between the manager and their prospective hires and their employees. The process of actually doing the work under supervision created a more skilled management team.

Organizational culture changes the most slowly. Getting results helps make this transition occur, but at a certain point the people at the top of a company have to embrace the changes and resolve to make sure that the problem that existed never comes back. Culture is stronger than any set of rules, and when it is changing, it is fragile until the cement of the new attitude hardens into part of the belief system.

A change in the process

From August 2011 until February 2013, the turnover picture completely changed. However, it went through three distinct stages.

With a completely different approach, a new group of employees was hired that performed better and stayed longer than any previous group of hires. This breath of fresh air — people who wanted to be there and acted like it  — began to have an effect on the existing people.

Employees who had an attitude and managers who were not very skilled at managing these new hires started to react. People who were negative, including managers, no longer fit with the new paradigm. Some of the new people left, as well as some of the longer term employees, but turnover still decreased slightly. The difference was that performance improved all through this process.

Management, supervision, and the majority of the employees now were good fits for the job, and as the organization improved its ability to hire, train, and manage, the performances of the employees improved as well. Here is what happened:

2.    The new hiring process was installed.

3.    The new hire training and higher performance standards were installed.

5.    Turnover in the six months from September 2012 to February 2013 finally dropped to a much more manageable 24 percent.

9.    Although pay-per-person was higher, the net effect was that the human resource cost was approximately the same percentage because revenue increased.

Higher pay and more effective advertising attracted better employees. Better interviewing, selecting, training, and managing improved the performance of new hires. And life is a lot better for ownership and management with really good people in place and low turnover.