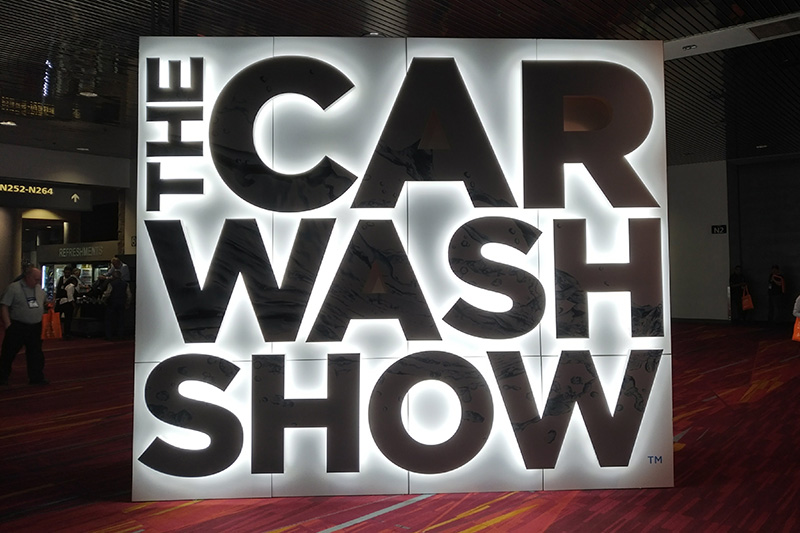 LAS VEGAS — This year’s show was one of the largest gatherings to date.

With nearly 160,000 square feet of show floor, over 380 exhibitors and more than 8,000 attendees, this show was certainly one for the books.

“This is at least our second biggest show in terms of attendance and exhibit floor that we’ve ever had, and that’s, by the way, not due to almost anything that we’ve done,” ICA CEO Eric Wulf proclaimed at the State of the Industry Breakfast and Keynote Presentation. “It’s due to that fact that everyone’s working hard and washing lots of cars. And so, congratulations on what is an exciting time for carwashing right now.”

Wulf also spoke about some of ICA’s accomplishments over the year, including double-digit attendance growth at Car Wash Show™ Europe in 2017; announcing the start of Car Wash Show™ Australia later this year; and ICA’s progress in working with automotive companies to reduce the negative impact that new car technology is having on carwashes today.

The show also hosted over 70 educational sessions with topics that ranged from attracting and retaining employees to understanding new car technology. Some sessions hosted roundtables aimed at specific markets, such as self-serve operators or women in the industry.

This year’s ICA President, Haji Tehrani, also addressed the audience at the State of the Industry Breakfast, saying, “This is an amazing industry. We basically help and teach each other to possibly become competition to one another. It is a fact that the potential for us collectively to grow this industry far beyond its limits today is just immense.”

Tehrani added, “This industry is full of some of the smartest, humblest and coolest people I know. The future of this industry has never been brighter, and with your collective involvement, the sky is the limit.”

During the presentation, 2001 Hall of Fame recipient Ron Peterson presented the 2018 Hall of Fame award to Roy Wakefield of Mister Car Wash in Houston, Texas, who Peterson noted was one of the key players in the early days of consolidation.

Later, the keynote address was conducted interview style between Wulf and Howie Long, National Football League Hall of Famer and former defensive end for the Oakland/Los Angeles Raiders, who is currently best known as in-studio analyst for the Emmy Award winning FOX NFL Sunday Show. Long’s address focused on managing disruption in today’s world, peppered with plenty of anecdotes from his time with the Raiders.

“I believe that success for any team, any organization always starts at the top — how you set the parameters for ‘this is how we do business,’ ‘this is how we handle ourselves,’ ‘these are the opportunities you’ll have as individuals within our company to grow and step up in terms of your place in the company,’” Long said.

Be sure to mark the dates for The Car Wash Show™ 2019, which will take place from May 13-15 at Music City Center in Nashville, Tennessee. 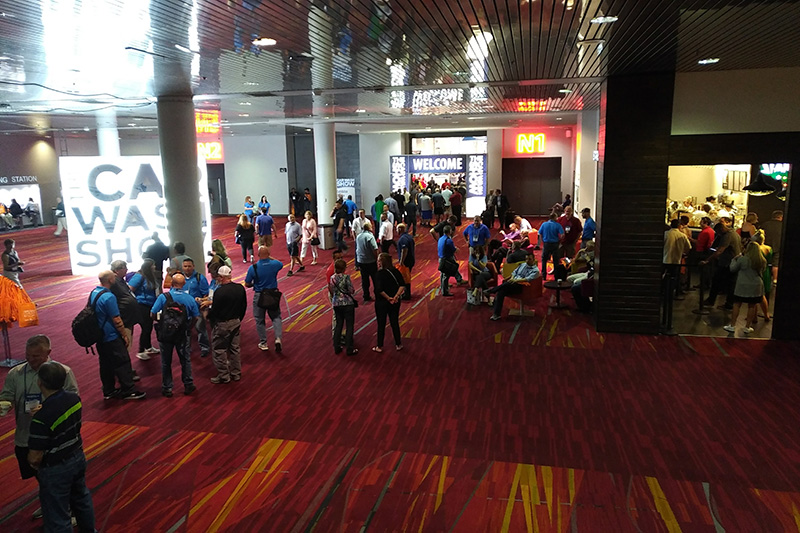 Over 8,000 attendees from around the world attended the show at the Las Vegas Convention Center. 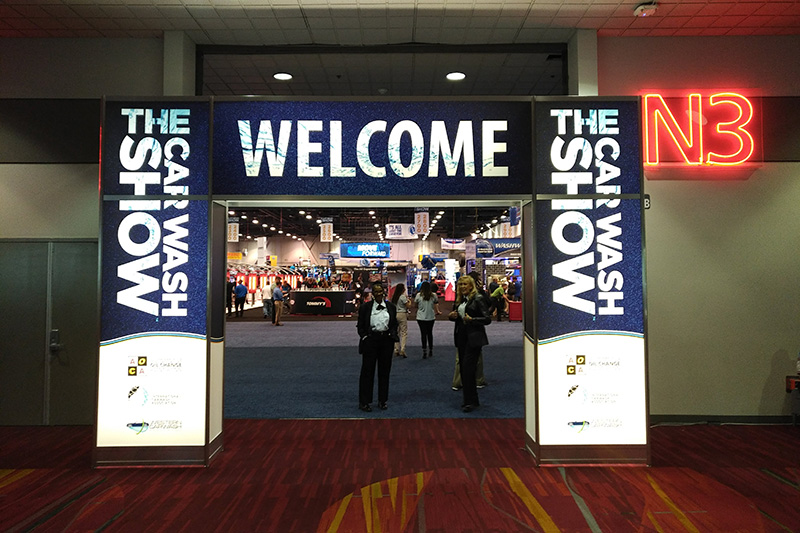 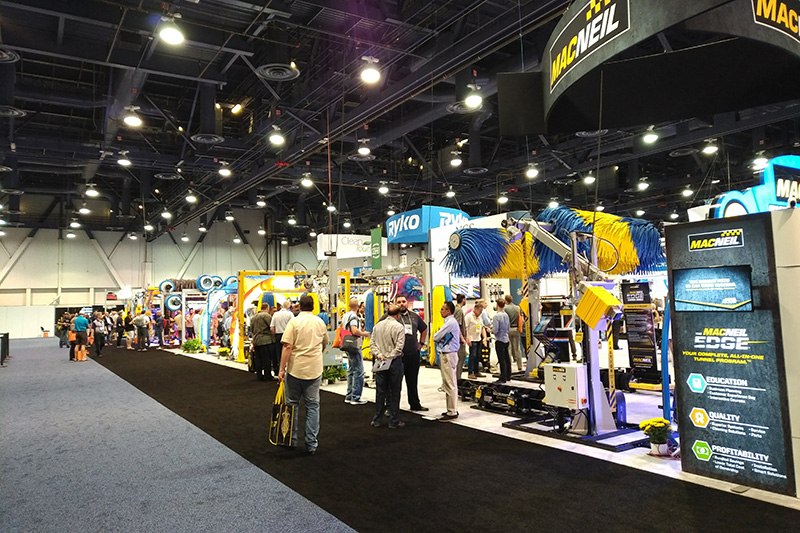 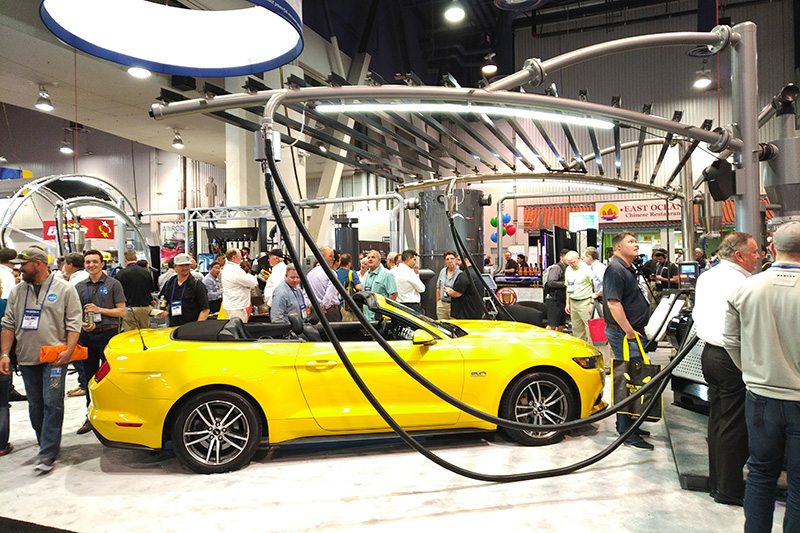 There was visible excitement both on and off the show floor. 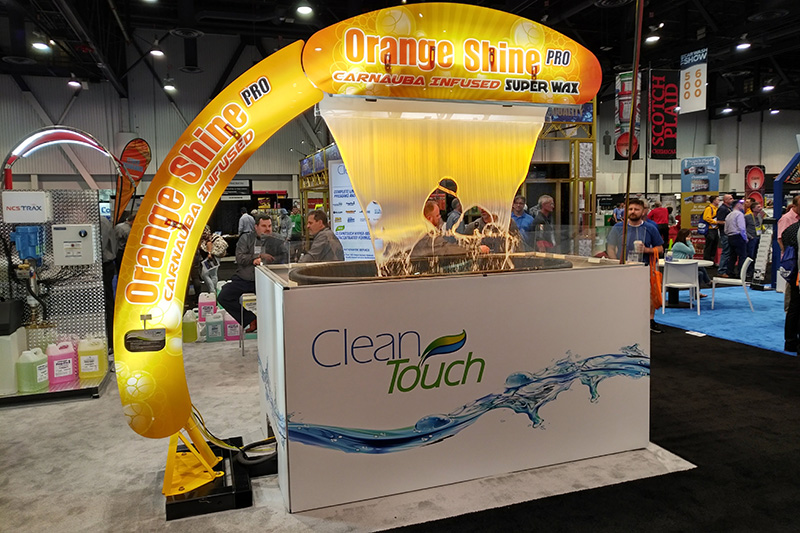 Companies exhibited their products with shows of light and color across the show floor. 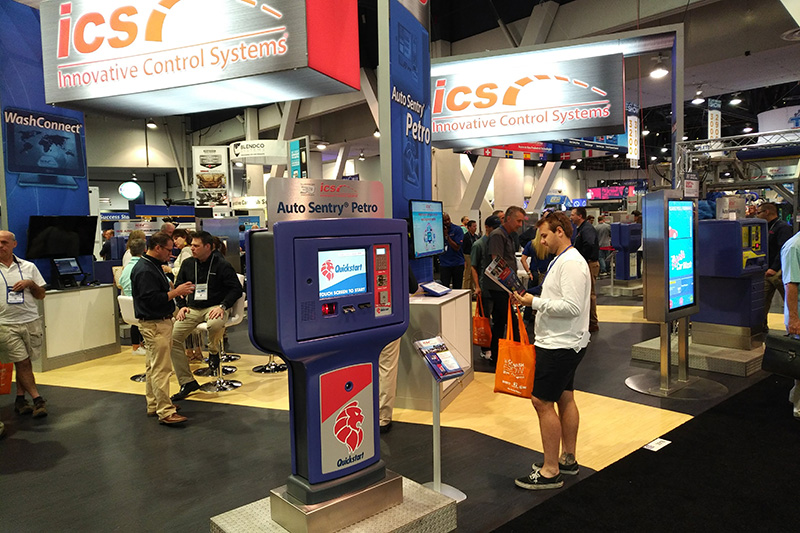 Over 380 exhibitors showcased their products at this year’s show. 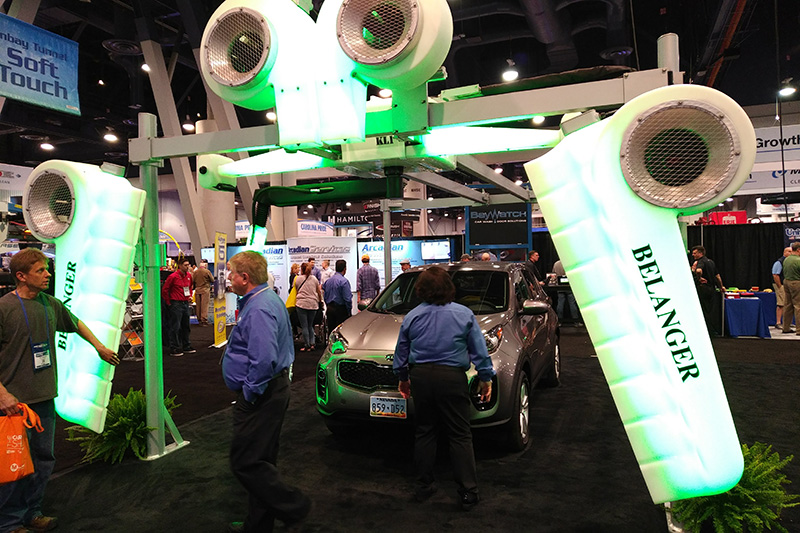 The Car Wash Show provides an opportunity for companies and their customers to speak with each other face-to-face. 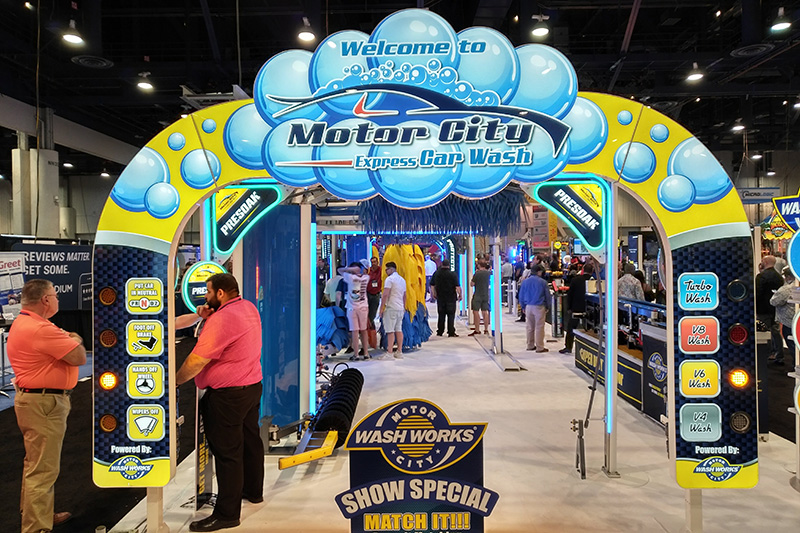 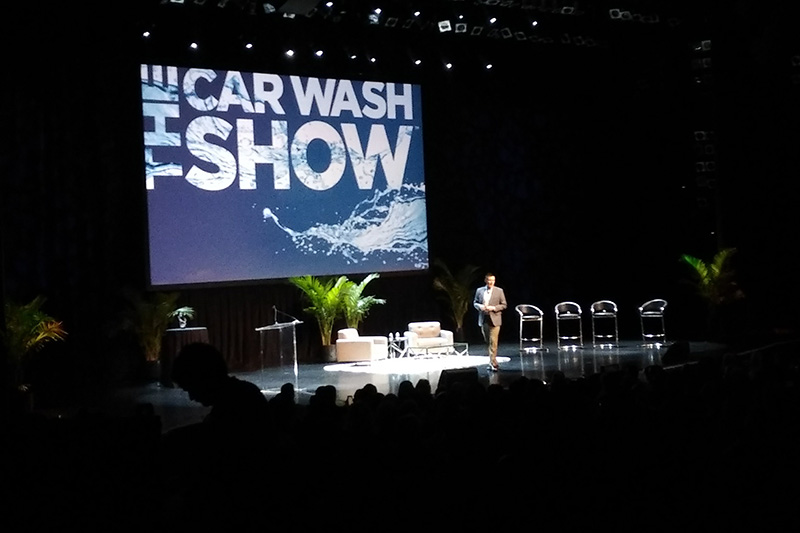 ICA CEO Eric Wulf spoke about the state of the industry. 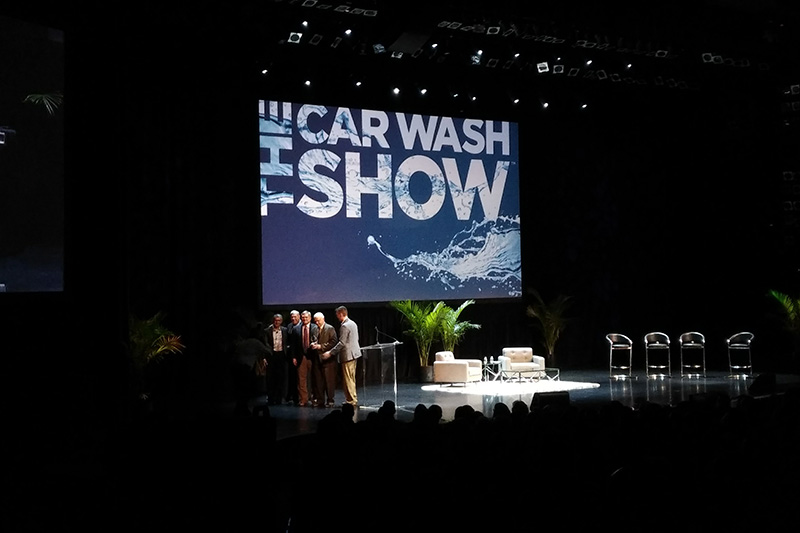 Roy Wakefield of Mister Car Wash was inducted into the Hall of Fame. 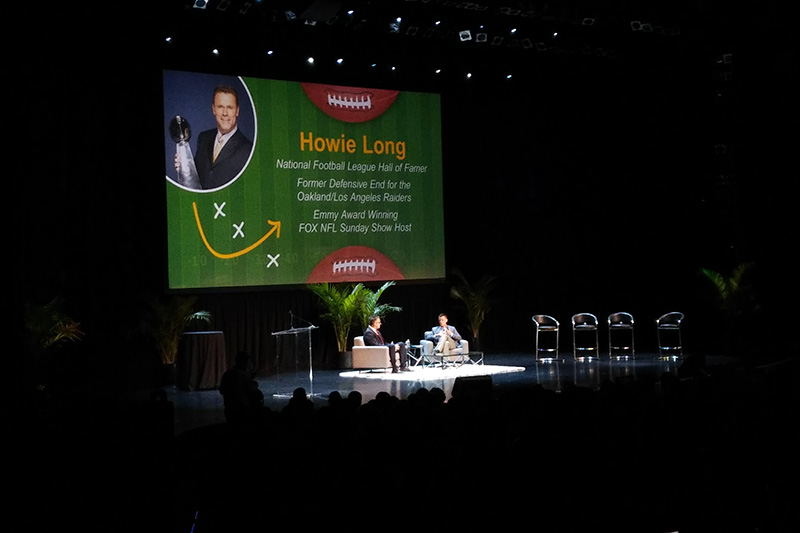 Howie Long presented the keynote address at the State of the Industry Breakfast. 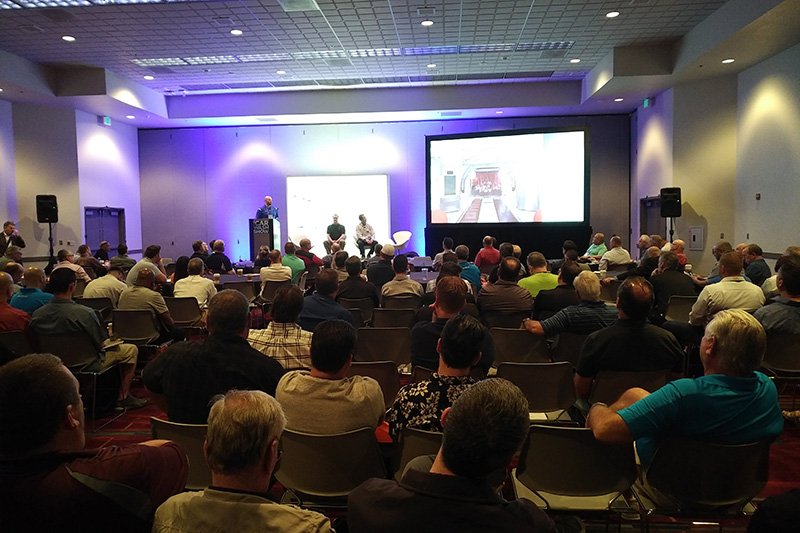 There were over 70 education sessions offered for attendees to choose from.

Recap: The Car Wash Show™ 2018 makes a splash in Vegas 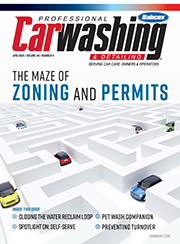 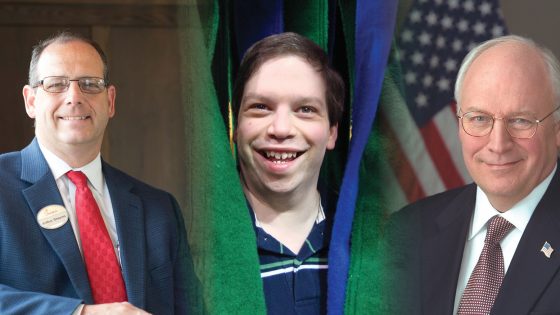 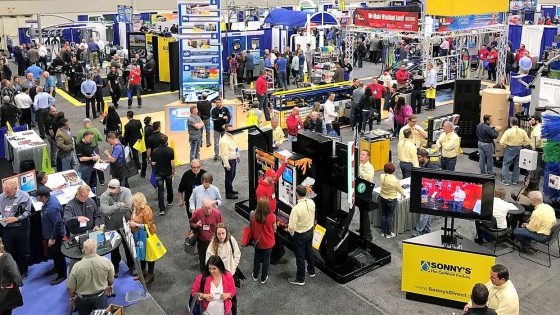 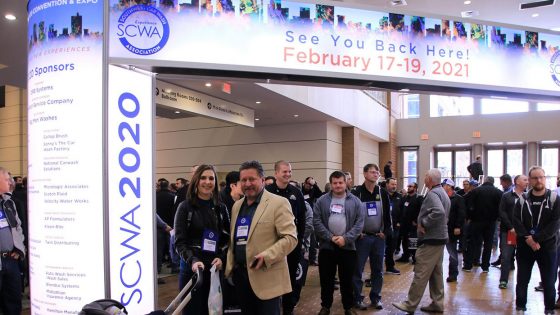 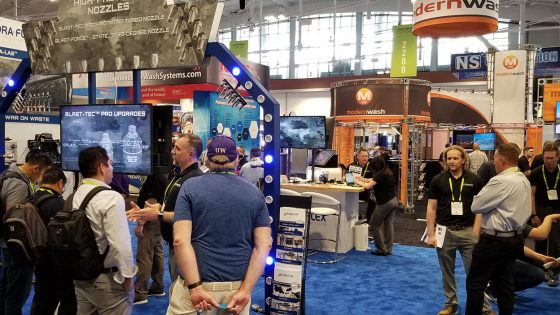