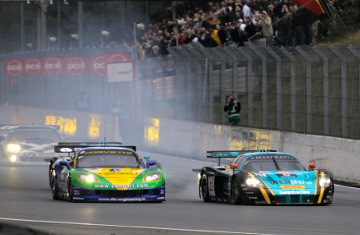 CORONA, Calif. — Rockstar Energy Drink will partner with Lucas Oil in the Lucas Oil Off Road Racing Series, according to a press release.

The event will take place March 20-21 in Lake Elsinore, California, reported the release.

This is the sixth year Rockstar has served as a major promotional partner in the series, noted the release. The energy drink will receive exposure through television broadcasts, features and on-site presence at 18 events.

“Rockstar Energy is a standout partner and fan favorite for the exciting, short-course competition that makes Lucas Oil Off Road Racing so popular,” said Lucas Oil Off Road Racing Series Director Ritchie Lewis, in the release. “As a series supporter and sponsor for multiple competitors, it's great having Rockstar aboard with their promotional expertise attracting such high visibility.”