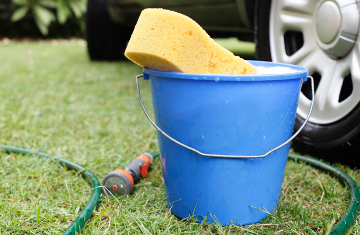 HANFORD, Calif. — Due to worsening drought conditions, the Hanford Joint Union High School District has prohibited carwash fundraising, according to the Hanford Sentinel.

This type of fundraising has been popular for school clubs, teams and other organizations, noted the article. “We’re trying to be mindful of the drought,” said Hanford West Principal Darin Parson in the article. “In light of the situation the state’s in, it just didn’t make sense for us. We want to conserve as much water as possible.”

Organizations have come up with other options to raise money, stated the article. In one fundraiser students collected about $5,000 by standing at a busy intersection. It was almost what they made at carwashes before the ban.

Other schools have stopped the events as well, reported the article. The coach for one of the school’s groups, the Lemoore High School varsity girls’ basketball team, said the washes weren’t profitable anyway. In lieu of the carwash fundraiser, the team instead held a chicken dinner that raised about $1,000.

“We’re always trying to come up with different ways to make money,” Coach Miguel Macias said in the article. “We’ve just had to be more creative and not fall back on the same fundraisers all the time. I think it’s good that we’ve put this ban in place.”